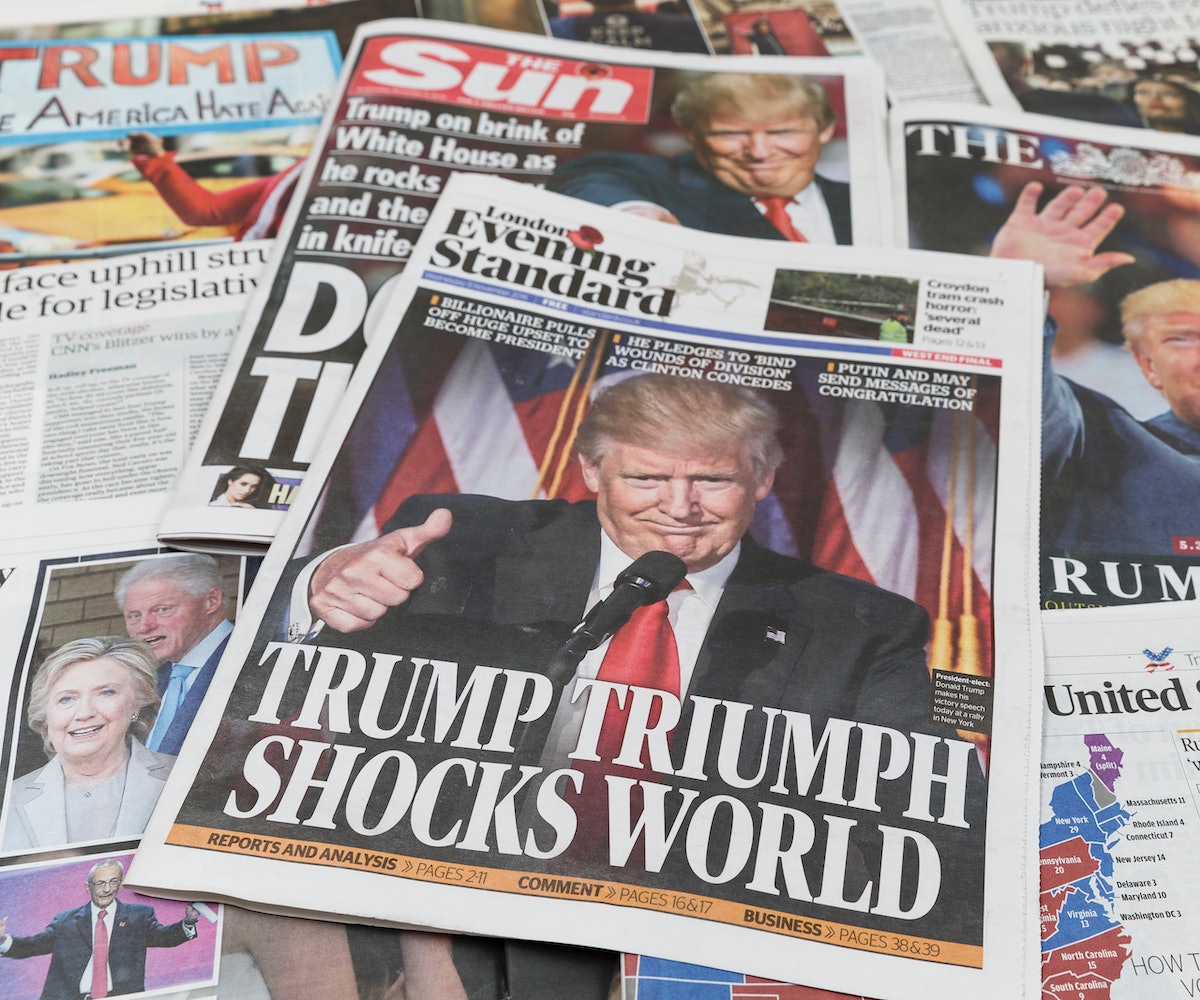 Much of the rhetoric since the devastating news that Donald Trump will be the next U.S. president has centered on the idea of not giving in to the nefarious forces that got him elected. Young people, especially, have flooded social media with messages of strength and resilience in the face of an uncertain future. On Wednesday evening, that rebellious spirit will crystallize in the form of anti-Trump protests scheduled to take place in nearly every major American city.

Even before tonight’s mass demonstrations, college and high school students across the country hit the streets to voice their anger over a President they didn’t vote for. According to the Los Angeles Times, 1,500 students and teachers staged a walkout before 9 am at Berkeley High School in California. Students posted their experiences under the social media rallying cry #NotMyPresident, while chants of “Si, se puede,” Spanish for “Yes, we can,” rang out across the campus.

Elsewhere on the West Coast, UCLA's student newspaper The Daily Bruin reported that more than 1,500 students marched through campus after Trump's victory speech, many of whom wept openly. While there were no reports of violence, some students attempted to turn over a car, before realizing that there were passengers still inside. "Of course, I joined in,” 19-year-old N.J. Omorogieva told The Los Angeles Times. “To give hugs to people who were overcome by devastation.”

If you feel like you want to have your voice heard tonight, below you’ll find a list of times and locations where an anti-Tump protest will be happening in a city near you. Remember, be vigilant and stay safe.

University of Houston Fields at Cullen and Elgin

Powell and Market Street, near the cable car turnaround

Vigil at Castro and Market Streets