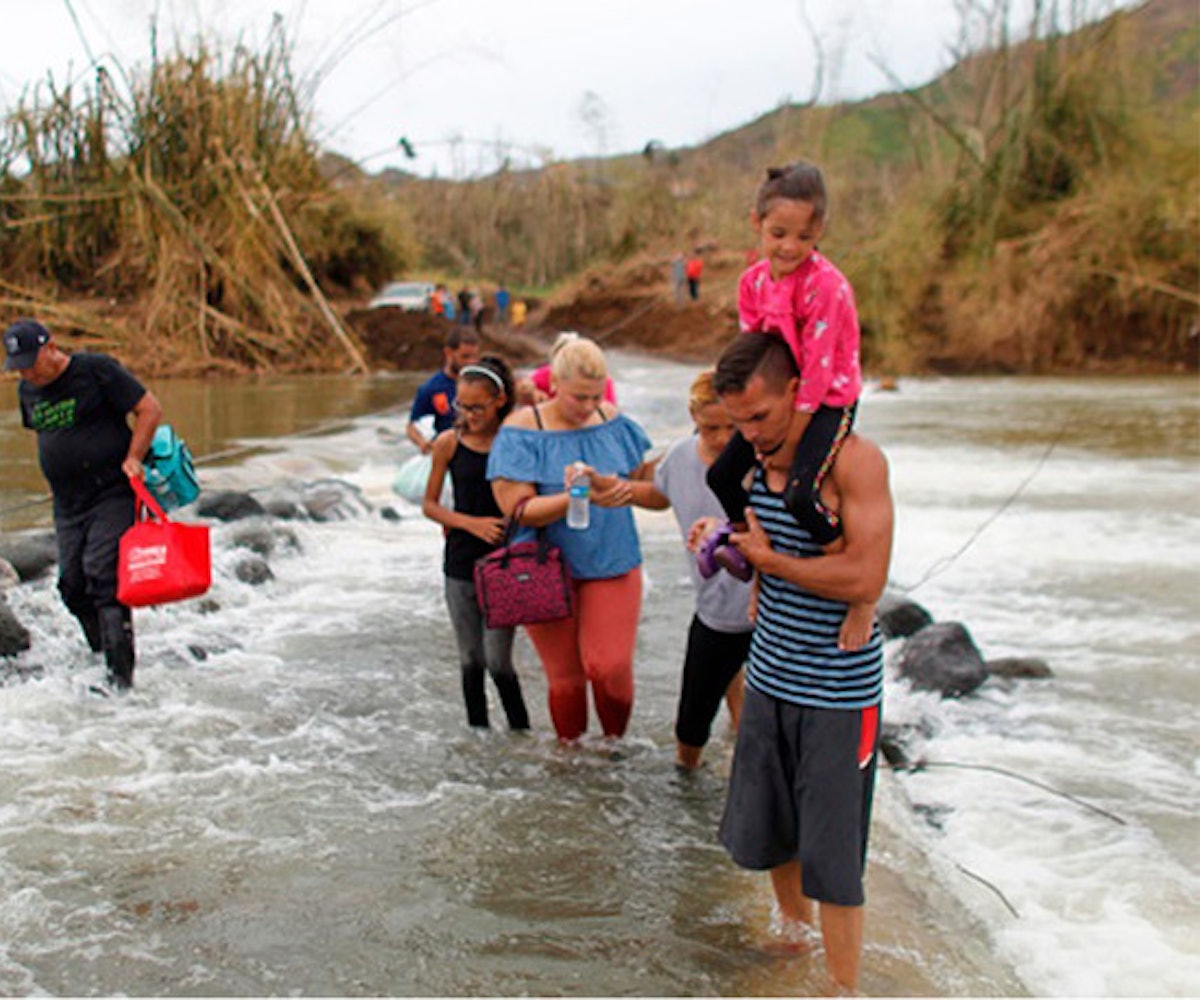 Donald Trump hasn't been in Puerto Rico for even a full 24 hours and already he's managed to humiliate America. He arrived on the island Tuesday morning, despite having to cross the big scary ocean he was so concerned about, in order to meet with Puerto Rican officials and victims of Hurricane Maria. Since then, he's proceeded to say and do some truly offensive and embarrassing things. This is, of course, not a surprise to anyone who's been awake the past year and a half.

First, Trump tried to downplay the severity of Hurricane Maria, comparing the death toll to that of Hurricane Katrina, which he called a "real catastrophe," implying this latest hurricane was not. “Sixteen people versus in the thousands,” Trump said, comparing the casualties of the two natural disasters. “You can be very proud of all of your people and all of our people working together. Sixteen versus literally thousands of people. You can be very proud. Everyone around this table, and everyone watching, can be very proud of what’s taking place in Puerto Rico.”

Then he was tossing paper towels into crowds of survivors like he was the Phillie Phanatic throwing out t-shirts at a baseball game.

He complimented Puerto Rico's weather, saying it's "second to none, but once in a while you get hit." And by "get hit," he means completely devastated by a storm that resulted in billions of dollars worth of damage and left more than half of the population without drinking water.

Trump also gave San Juan Mayor Carmen Yulín Cruz the cold shoulder because he has the emotional maturity of a high school bully.

He told Puerto Rico, while they're dealing with a crisis, that they've thrown the U.S.'s budget "out of whack."

Trump also literally told a hurricane survivor, with limited food and no water, electricity, or home, to "have a good time."

He also, somehow, found time to brag about cutting the cost of the F-35 fighter jet, which no one cares about right now and he probably isn't even responsible for.

In addition to being an idiot, he's also actively preventing Puerto Ricans from getting the supplies they need. For instance, the Trump administration denied Puerto Rico's request to let victims use food stamps for ready-to-eat hot meals, The Hill reports. To put that in perspective, nearly 40 percent of Puerto Ricans are on food stamps, according to the New York Times, and cannot access fast food in the wake of the hurricane.