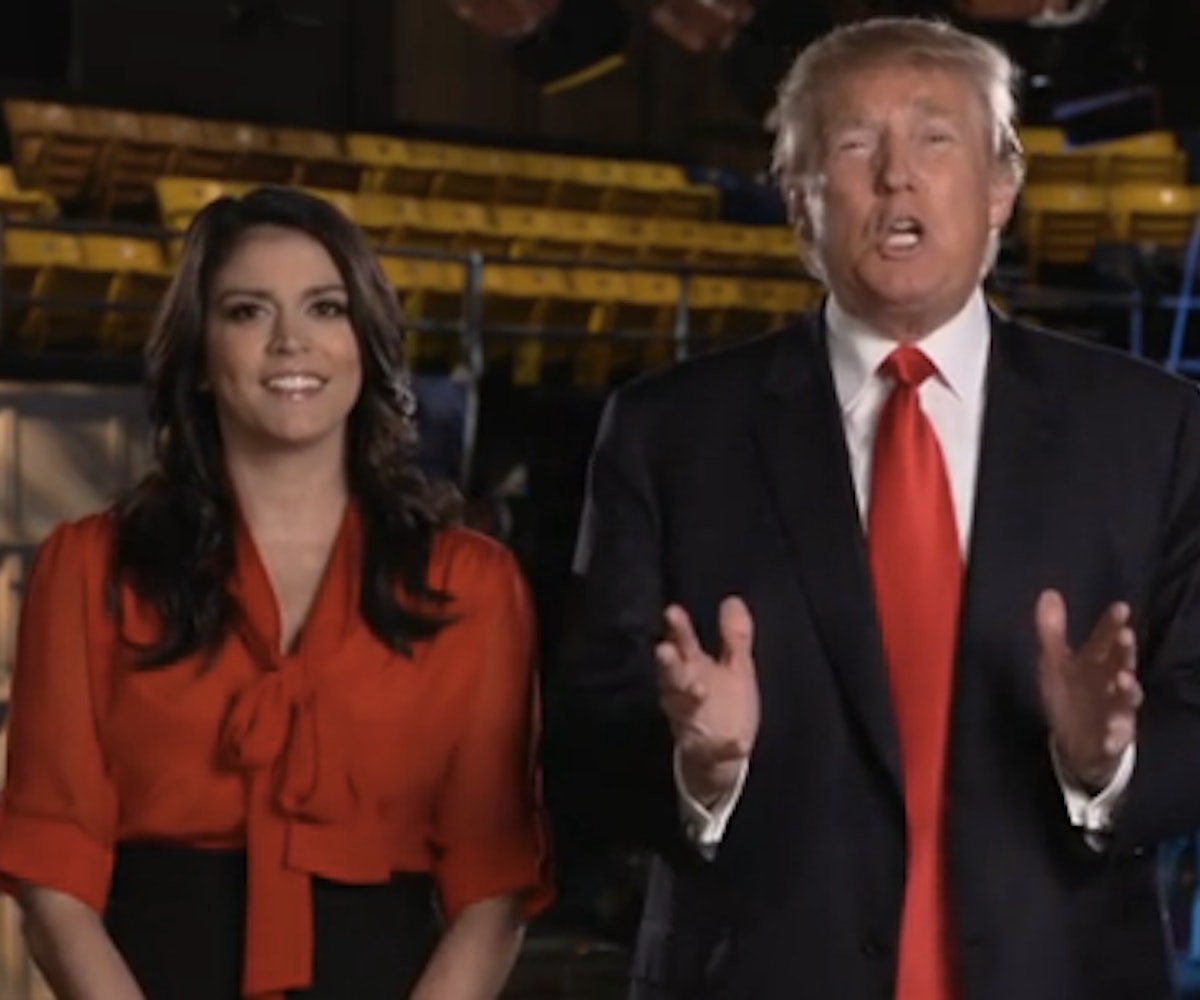 Saturday Night Live has faced heavy criticism for its decision to have Republican presidential candidate and bloated xenophobe Donald Trump host this week's episode. Everyone from Hispanic and pro-immigration groups to Ben Carson have chimed in, criticizing both Lorne Michaels for what is a pretty transparent ratings grab, and Trump himself for committing his time to something Carson deemed not serious enough for someone who’s running to become the leader of the free world. But, after watching the just-released promos, the only group that should be chiming in are the comedy police. Everyone involved in these awkward, artless, and hackneyed attempts at humor should be tried for crimes against, well, humor. Cecily Strong deserves better.

NEXT UP
Culture
Marie Faustin Loves To Waste Men’s Time
Culture
6 Shows To Binge Once You've Finished 'The White Lotus'
Beauty
Dua Lipa’s ’90s Updo Is Hair Inspo For Your Next Night Out
Entertainment
Harry Styles Is Performing At The 2023 Grammys
Style + Culture, delivered straight to your inbox.