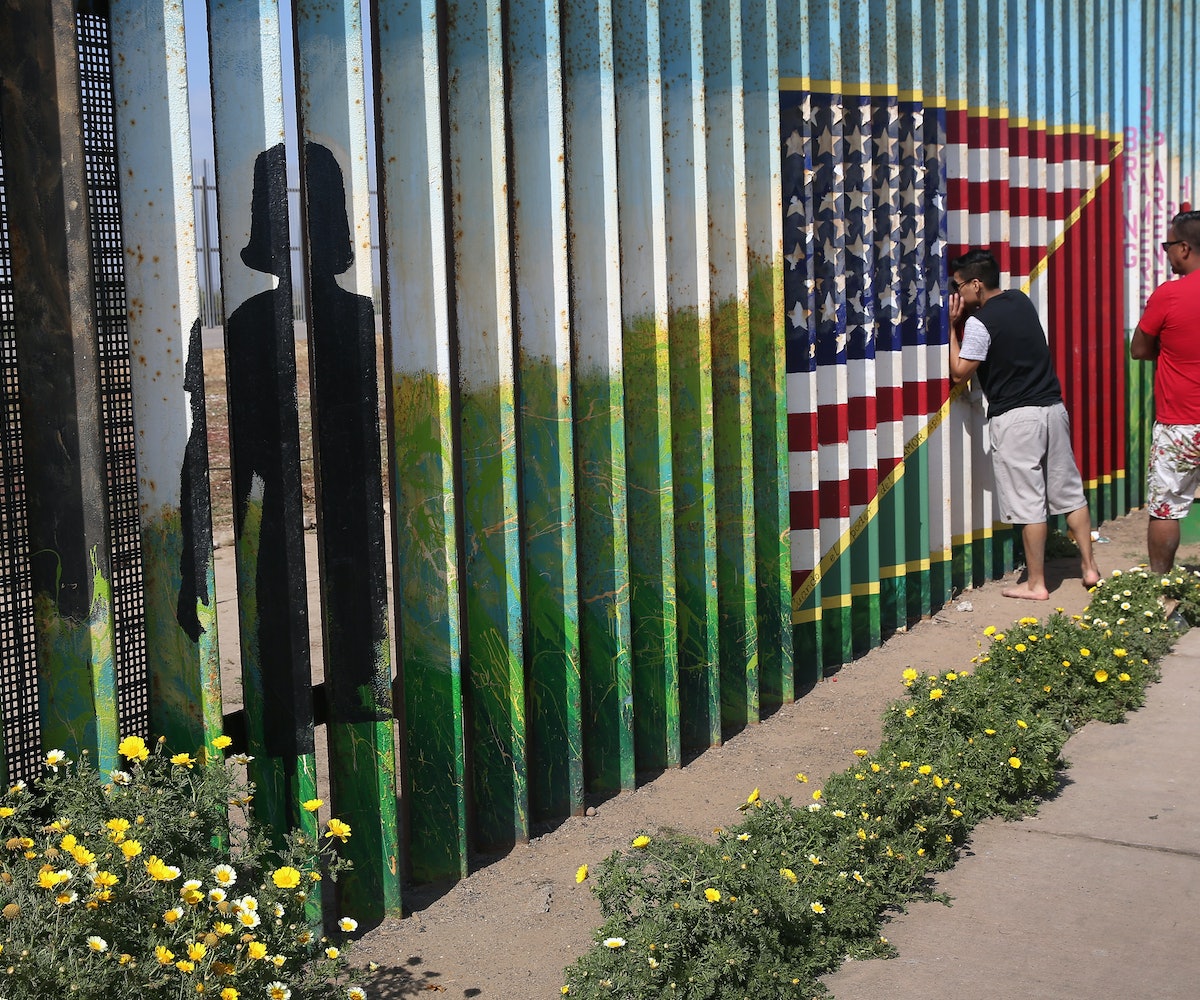 A great wall is coming, and we’re not talking about that weird Matt Damon movie. President-elect Donald Trump plans to ask Congress to pay for his infamous border wall, The Associated Press reports.

That strategy is a departure from Trump’s campaign promise that Mexico would pay for the wall. It wasn’t long after the news broke that the Tweeter-in-chief responded to the report, throwing in a jab at the media for good measure.

Trump’s future press secretary, Sean Spicer, appeared on Good Morning America Friday and said that just because Trump will ask Congress to front the bill for the wall—which some estimate could cost as much as $25 billion—it doesn’t mean that he’s “broken his promise,” adding that “he's going to continue to talk to them [the Mexican government] about that.”

Of course, this is how Trump’s team would spin the news that instead of getting Mexico to pay for the wall, he's going to ask U.S. taxpayers to pay for it instead. But if anyone, at this point, is surprised that Trump is reneging on a promise he made on the campaign trail, well, then they haven’t been paying intention.

NEXT UP
Life
NYLON Daily Newsletter: November 30, 2022
Culture
Simona Tabasco Is the Lifeblood of The White Lotus
Culture
Mowalola Teams Up With Bratz For A Daring, High Fashion Collection
Culture
In Cann’s Holiday Campaign, The Greatest Gift Is Being Chill