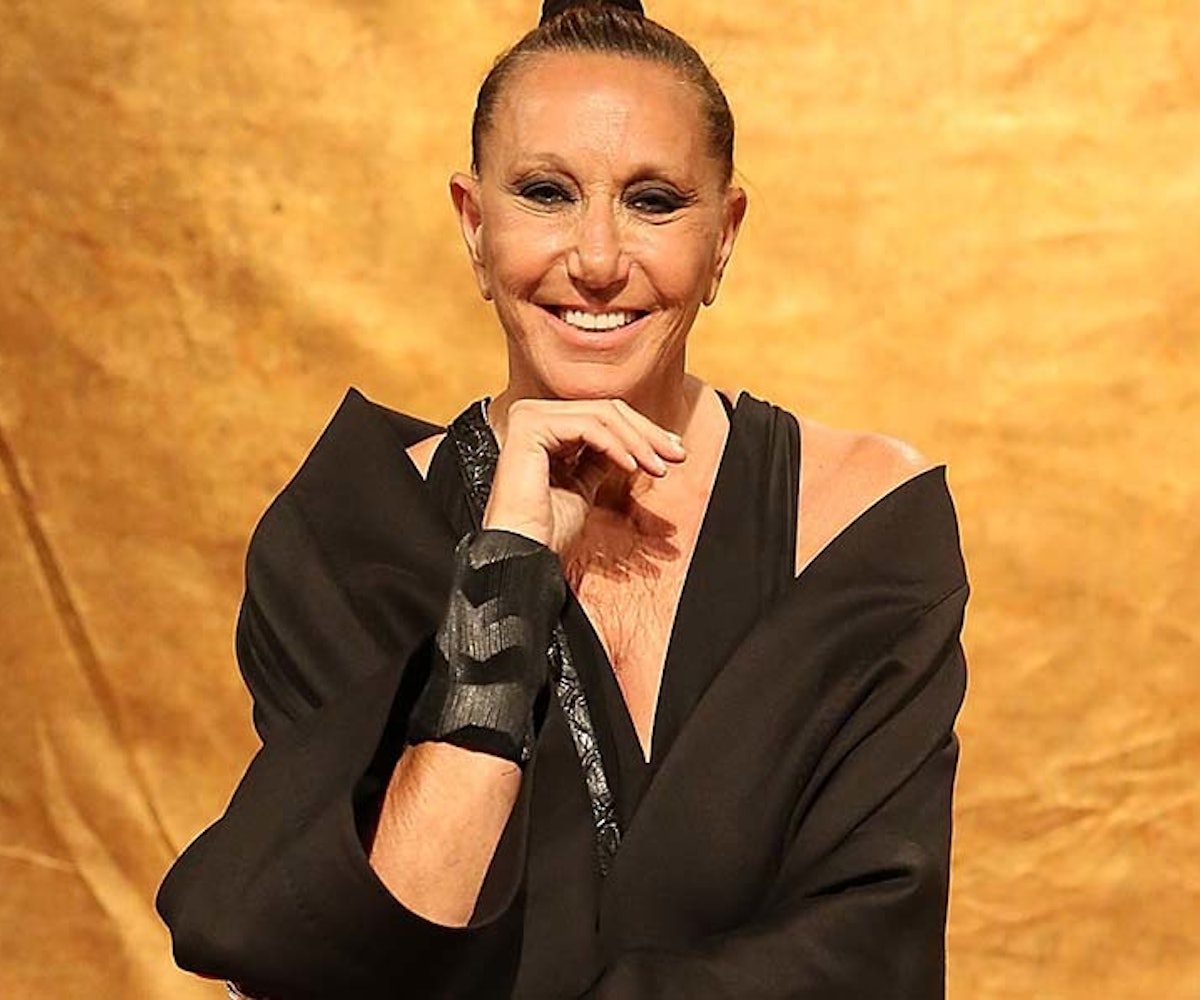 The recent exposure of Harvey Weinstein's extensive history of sexual assault has been triggering to women all over the world. Yet it has also empowered them to come forward, telling their own horror stories regarding the monster that is Weinstein—as well as others in the industry—and sharing personal stories of assault and harassment at the hands of other men, sparking the “Me too.” movement.

However, last week at the CinéFashion film awards in Los Angeles, fashion designer Donna Karan made comments regarding Weinstein and sexual assault that were surprisingly not in support of women. They were puzzling and insensitive, to say the least.

Her comments were not what we would have expected from the woman who has been dressing, and supporting, other women for years. “I also think how do we display ourselves?” she said to the red carpet interviewer. “How do we present ourselves as women? What are we asking? Are we asking for it by presenting all the sensuality and all the sexuality?” She later went on to say that women who dress provocatively are “asking for trouble.”

Woof. As would be expected (and deserved), women across the world were filled with outrage once the video of the interview began circulating. Big name actresses such as Rose McGowan and Mia Farrow tweeted in angry response, while the internet called for a boycott of the brand.

While Karan had issued an apology shortly after, she hadn’t spoken to the media, until now.  In her first interview since the red carpet interview, Karan opens up to WWD, apologizing profusely to women everywhere. “I made a horrible mistake. I regret it from the bottom of my heart. This is never who I am as a woman. I love women. I love every single type of woman every size of woman, every person. I think that’s why people—I mean, if anything, [there] was a reputation, it’s Donna Karan being a woman and dressing women. I am apologetic from the bottom of my heart. I am so embarrassed. I don’t even know what to say other than I am so sorry. It was stupid,” she told reporter Bridget Foley.

The designer refers to her comments as “stupid” throughout the interview, attributing preparing for her upcoming speech at the awards show and exhaustion for what she said said. “I think every woman who knows me, and I have [worked for] them in all sizes and shapes, all I do is want women being free to express themselves. And that has nothing to do with being disrespected, molested, and harassed. Absolutely not.”

She later tells Foley how her comments have affected her own family, explaining that she’s spoken with her grandchildren about the comments, apologizing to them as well.

When Foley asks if Karan has anything she’d like to say directly to Weinstein’s alleged victims, she goes on to say that she will do anything for them—and for any woman who is subject to a sexual attack. “I want to tell them how sorry I am that they have been subjected to this vile behavior. And I will support them on their long road ahead. This is not going to be easy for any of them.”