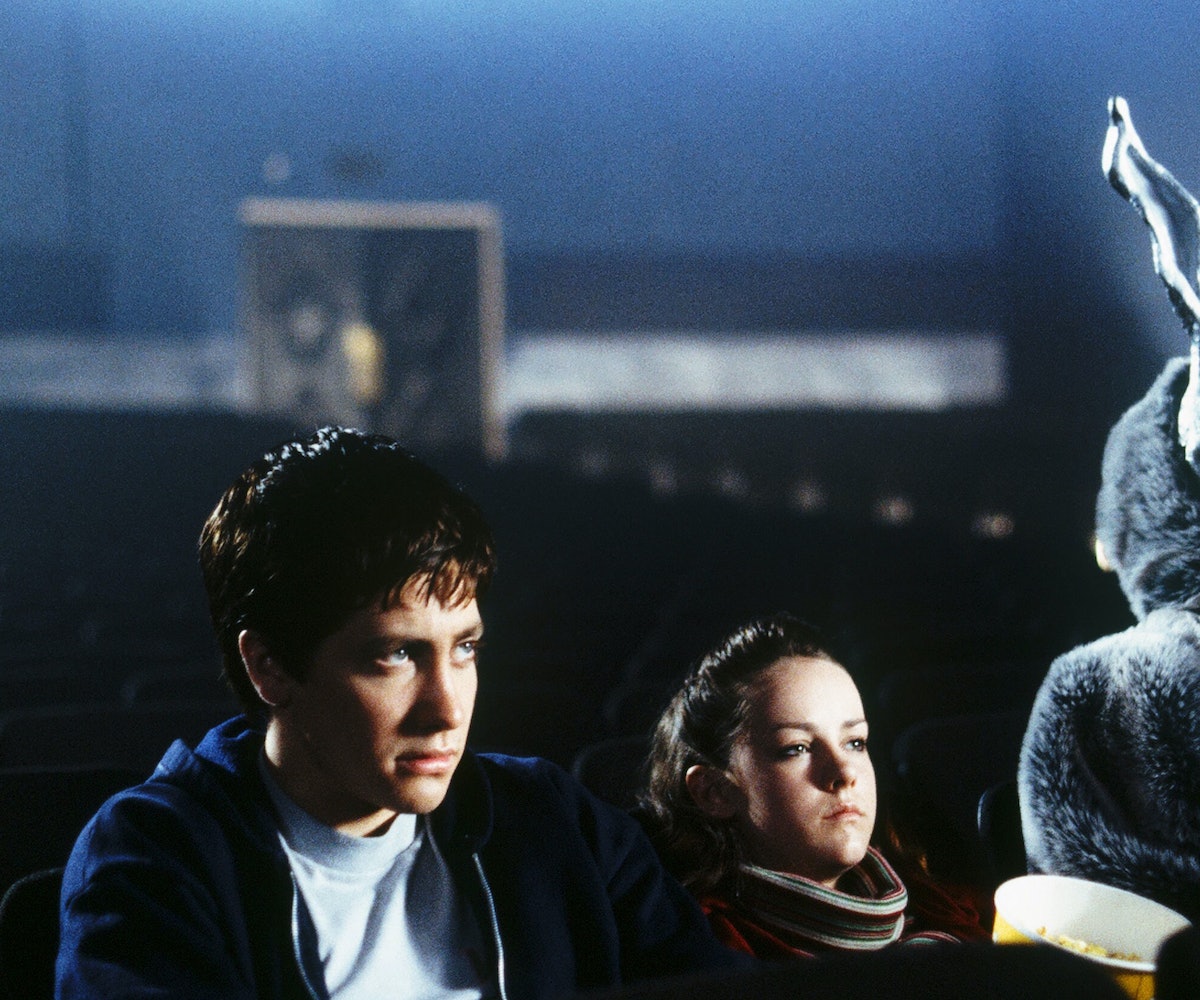 Almost exactly 15 years ago, a 6-foot bunny rabbit named Frank asked Jake Gyllenhaal's Donnie Darko to watch a movie screen. "There's something I want to show you," Frank said, as a hole to somewhere opened up within the theater. "Have you ever seen a portal?"

Richard Kelly's 2001 darkly humored sci-fi film Donnie Darko came and went out of movie theaters, but through its unexpected ability to unsettle the viewer, it has gone on to become an enviable cult classic. It is the first movie that ever left me silent and immobile as the credits rolled, and has, in a way, never lost its grip. For an individual who has been closeted, felt othered, misunderstood, and angry with the status quo, Donnie's story is a classic coming-of-age narrative arguably lined with non-denominational spiritual undertones that make it universal and timeless. To answer Dr. Lilian Thurman's question to Donnie during a therapy session, the search for God (read: a meaning in life) is not absurd. It's the very prominent theme of questioning our surroundings that makes Donnie Darko so compelling to this day.

Kelly, though, attributes a considerable amount of its longevity to the film's distinctive look. "I’m proud of the aesthetic and the way that it all came together," Kelly says. "Seeing how the thematic and narrative elements continue to connect with people makes me proud, of course, as well. But, the gateway to that is the aesthetic." That aesthetic is currently on full display in select movie theaters across the States with the rerelease of Donnie Darko in 4K resolution. It truly is a marvel to take in, because Kelly captured the late '80s, when the story takes place, perfectly—from the lighting to the film grain.

Aesthetic, however, is merely the vessel for Donnie Darko's story. It's richly nuanced, spawning books and crowded online forums speculating on its many theories. At its heart, though, Donnie Darko is about puberty—its violence and confusion. "It is a portrait of the anxiety of being a teenager, becoming a man, and having to deal with the realities of growing up," Kelly says. Donnie is a teen in therapy and on medication, a teen with a criminal record, a teen longing to be free of the parental and adult forces imparting their so-called wisdom and advice on him. He's convinced the world as he knows it is ending because who hasn't felt like the world, as they know it, is ending as a teenager? The fantastical elements—the time travel stuff and whatnot—bring the existentialism to life and keep Donnie's audience on its toes, looking for coincidences and analogies.

It's the very idea of this being real and the little voice that keeps us skeptical that makes Donnie Darko endure. Growing up is rough; the loss of innocence and realizing how small your life is can be frustrating. It's a mad world, indeed; a world that may or may not be predestined, but one with stories to tell and lives to touch. Donnie realizes this through an alternate universe. We just go through puberty in "stupid man suits," often holding on to our teenage angst well into our 30s and in search for portals of our own, portals that hold all the answers.