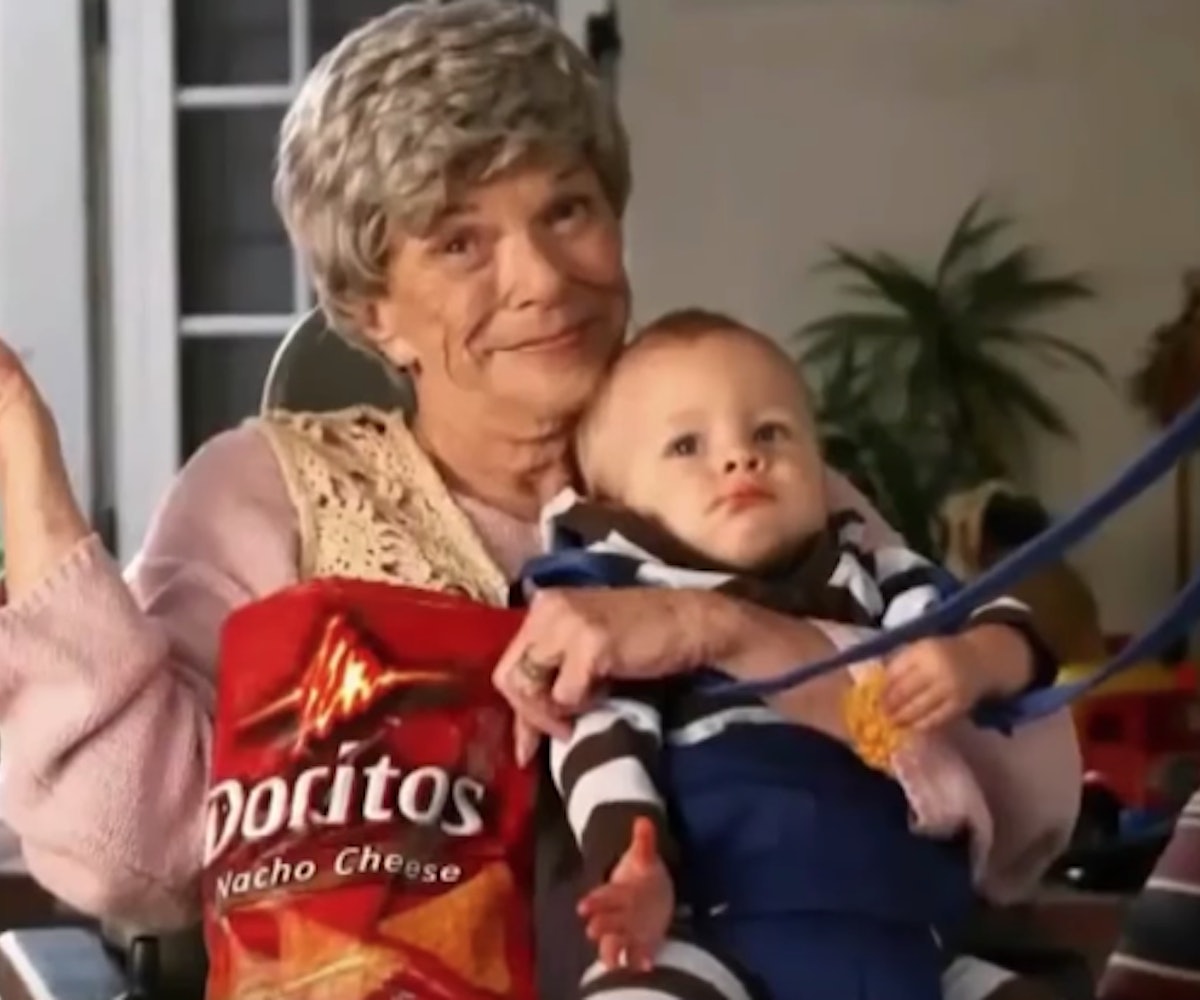 Executives at Doritos, who are probably mostly men, have announced that they will soon be debuting "lady-friendly" chips that are less messy and "handbag-friendly." Because, you know, regular chips are obviously too overwhelming for us women to handle.

The New York Post cites that PepsiCo, the company that owns Doritos, claimed that research led executives to believe that women "do not like to crunch loudly or lick their fingers when eating in front of others."

“Although women would love to crunch crisps loudly, lick their fingers and pour crumbs from the bag into their mouth afterwards, they prefer not to do this in public," chairwoman and chief executive office PepsiCo Indra Nooyi said in a statement. "You watch a lot of the young guys eat the chips, they love their Doritos, and they lick their fingers with great glee, and when they reach the bottom of the bag they pour the little broken pieces into their mouth, because they don’t want to lose that taste of the flavor, and the broken chips in the bottom. Women would love to do the same, but they don’t. They don’t like to crunch too loudly in public. And they don’t lick their fingers.”

Not only is this an incredibly narrow-minded assumption about all women (which feels especially disturbing coming from a woman!), it's certainly a sexist one that perpetuates the idea that females need to be more polite, gentle, clean, poised, and attractive at all times. God forbid a woman licks her fingers or crunches too loudly in public!

Naturally, the news of the low-crunch chips did not take to Twitter well, as many turned to the app to call out the brand on its problematic new product.

"Seriously, what in the actual fuck is this nonsense? Men get to burp & fart & scratch their balls and chew their Doritos like a fucking farm animal but we need special, dainty lady-chips so the menfolk aren't put off by the sound of our chewing?" one user wrote. Same.

I mean, it's clear that no one wants these chips to see the light of day. So instead of giving us stale, artificially-flavored snack bags, how about giving us, I don't know, equal pay and representation in the workplace?