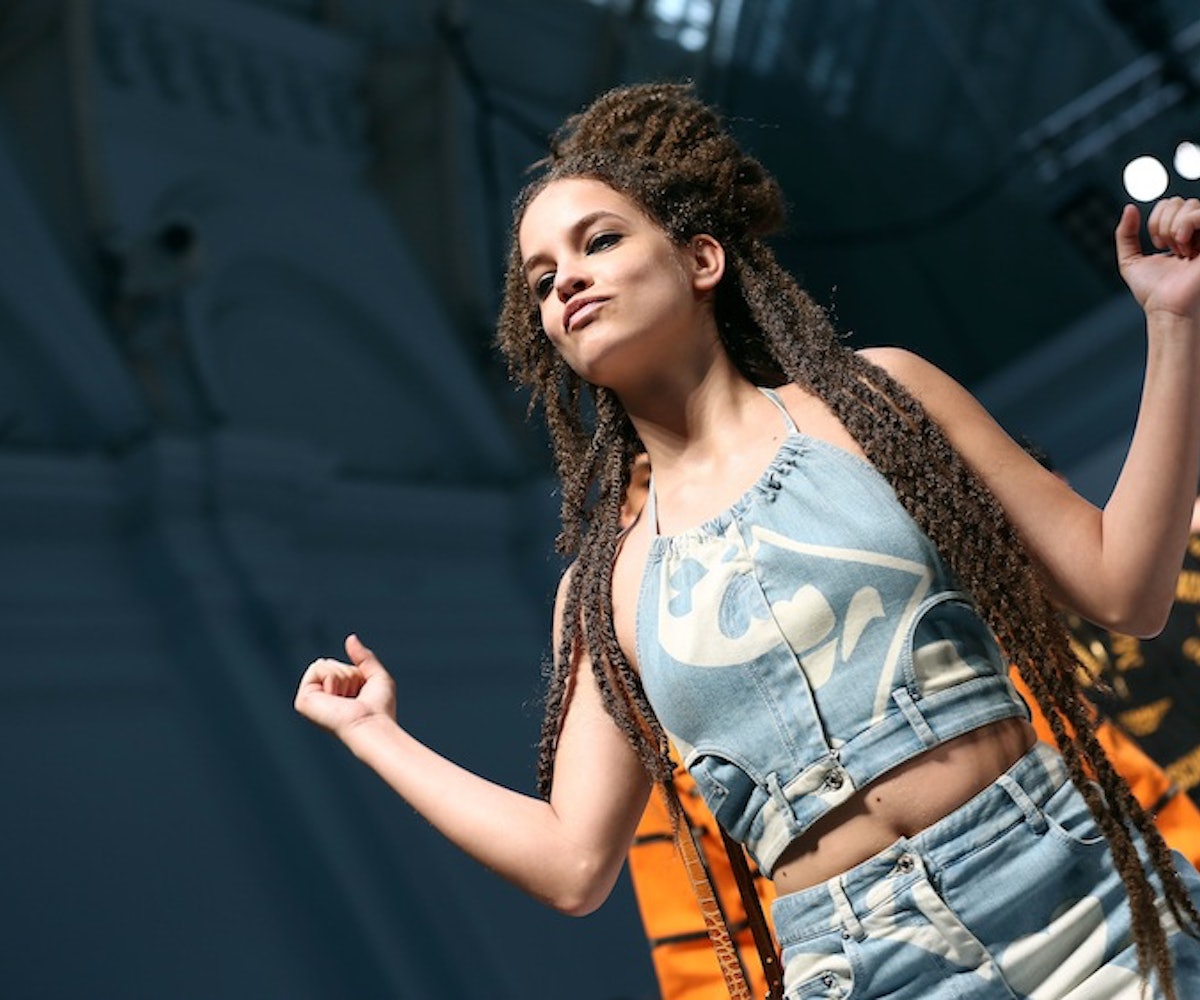 If last week’s Moschino show had your hair all in a tizzy, well, we understand. Dreadlocks, once the staple of the Rastafarian movement (okay, well maybe not the staple…) and yogis alike, have been trying to infiltrate mainstream culture for decades. And while they’ve inched closer via Max Mara, Chanel, and Jean Paul Gaultier catwalks, they’ve only just officially captured the fashion world’s attention. It’s time to wake up and smell the hair product, people, because dreads are coming soon to a city near you.

To prepare for the takeover, we consulted Tanya Abriol, pro hairstylist at Sally Hershberger LA, to give us the dos and don’ts on matting up.

DON’T TRY THIS AT HOME, KIDS  “You can add yarn, you can add hair, but you have to put beeswax in it, you have to put product in it, and you have to dig into it with a comb and tease it. It’s pretty gnarly. If you get too aggressive with it, you’re going to mess your hair up. Doing it wrong can really jack yourself up.”

DON’T BE AFRAID TO COMMIT “They can be tailored to any length, even short, especially if hair or yarn is being added. They work on every facial shape.”

DO TRY THEM ON FOR A DAY USING THIS TECHNIQUE “I would definitely use a dry matte pomade or beeswax and just in sections [roll your hand] back and forth.”

DO TAKE TIME TO THINK BEFORE TAKING THE LEAP “[Dreadlocks] are not for everybody. It’s such a commitment. If you’re not committed to it, don’t waste your time.”

DO WASH YOUR HAIR BEFOREHAND “You can go to a locks technician with clean hair. Once you have them in, you can’t really wash them for a few days.”

DO HIT THE SNOOZE BUTTON “Getting them started is a little bit hard, but once you get them going it’s next to none as far as maintaining them.”

DO GO BIG “It’s probably one of the boldest statements you can make. Some of the most creative people have them.”

DO KNOW YOU’LL BE IN GOOD COMPANY “There’s been Kyle Beckerman, Boy George did it, Shakira, Bob Marley, Jason Momoa…There’s a lot across the board. Lauryn Hill had it—hers were so sick.”

If you're in L.A. and decide to take the plunge, be sure to visit Tanya at Sally Hershberger Los Angeles--she'll give you hair even Jeremy Scott would be envious of.