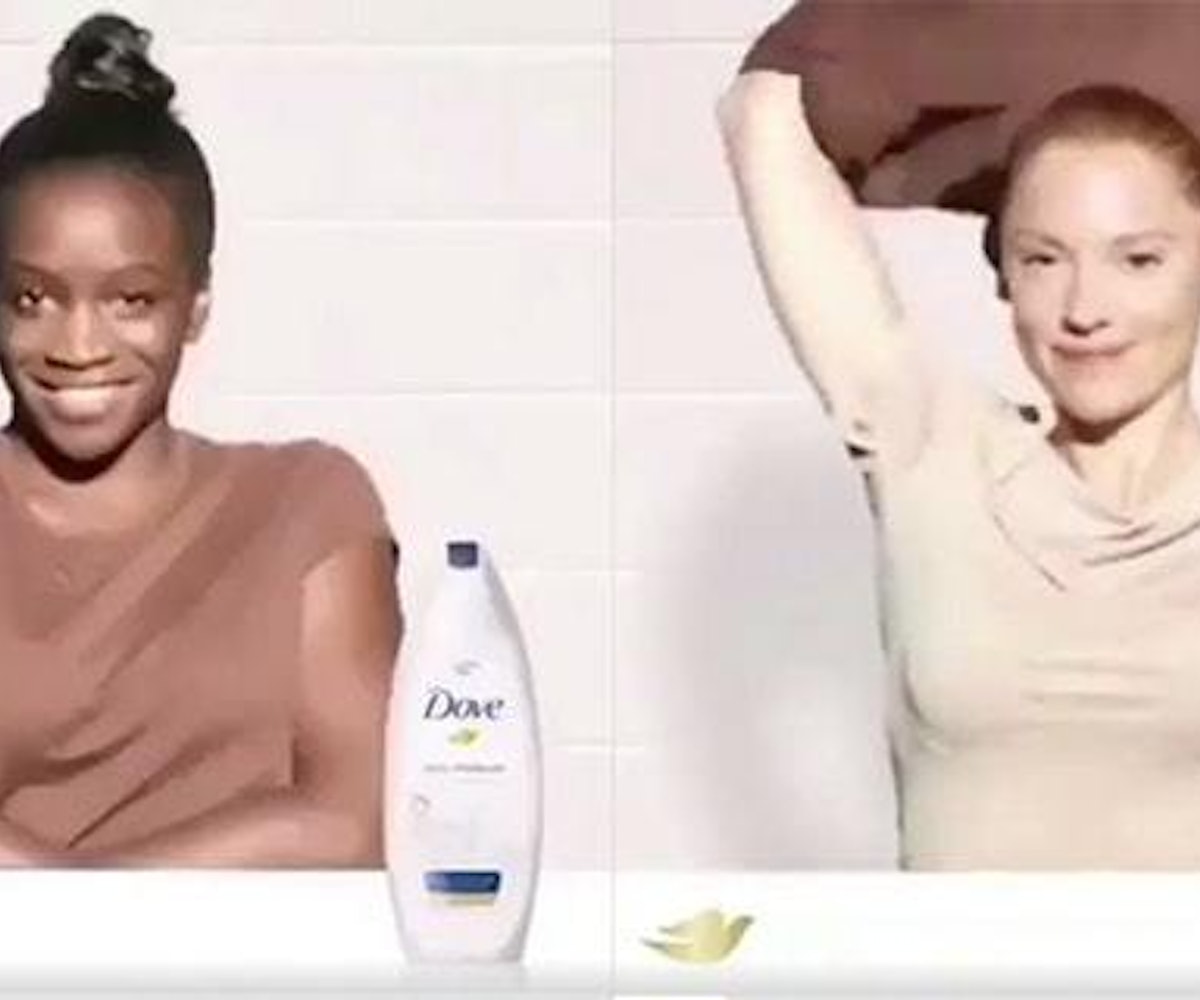 In case you missed it, Dove sparked major controversy over the weekend with the release of a new ad, which portrayed a black woman becoming a white woman after using the brand’s body wash. Understandably, many have called it out as being racist.

After a wave of outrage and backlash from both viewers and customers, the brand took to social media to state an apology. They went on to explain that the message received was not the intention and apologized profusely for the misrepresentation of diversity, stating that they "missed the mark."

The ad has since been removed, and now, the model featured in the campaign has chosen to speak out. In an essay for The Guardian, Lola Ogunyemi talks about how she’s “not a victim,” claiming that the video was misinterpreted—and speaks up in (partial) defense of the drugstore body care brand.

She begins by talking about the beauty industry’s long history of misrepresentation of black women, explaining that for this exact reason, she “jumped” at the opportunity to become the face of the body wash campaign. “Having the opportunity to represent my dark-skinned sisters in a global beauty brand felt like the perfect way for me to remind the world that we are here, we are beautiful, and more importantly, we are valued,” she writes.

However, she goes on to reveal that the day the shortened clip was released (which came after a 13-second video clip and the full 30-second TV commercial, both of which she was proud of), everything changed. “I went online and discovered I had become the unwitting poster child for racist advertising. No lie,” she writes.

“If I had even the slightest inclination that I would be portrayed as inferior, or as the ‘before’ in a before and after shot, I would have been the first to say an emphatic ‘no.’ I would have (un)happily walked right of set and out of the door. That is something that goes against everything I stand for.” However, she says, what she experienced on set was completely different than what was interpreted by the public. “The experience I had with the Dove team was positive,” she says. “I had an amazing time on set. All of the women in the shoot understood the concept and overarching objective—to use our differences to highlight the fact that all skin deserves gentleness.”

She writes that she understands how the shortened ad could have been misinterpreted, especially since the brand dealt with similar backlash for past ads, and goes on to explain that a lot of what the ad was meant to represent was left out. “The narrative has been written without giving consumers context on which to base an informed opinion.”

At the end of her story, Ogunyemi makes a point to bring it back to Dove, saying that where they actually missed the mark was with how the backlash was handled, rather than the ad itself. “While I agree with Dove’s response to unequivocally apologize for any offense caused, they could have also defended their creative vision, and their choice to include me, an unequivocally dark-skinned black woman, as a face of their campaign.” She concludes, “I am not just some silent victim of a mistaken beauty campaign. I am strong, I am beautiful, and I will not be erased.”

You can read the full essay, here.