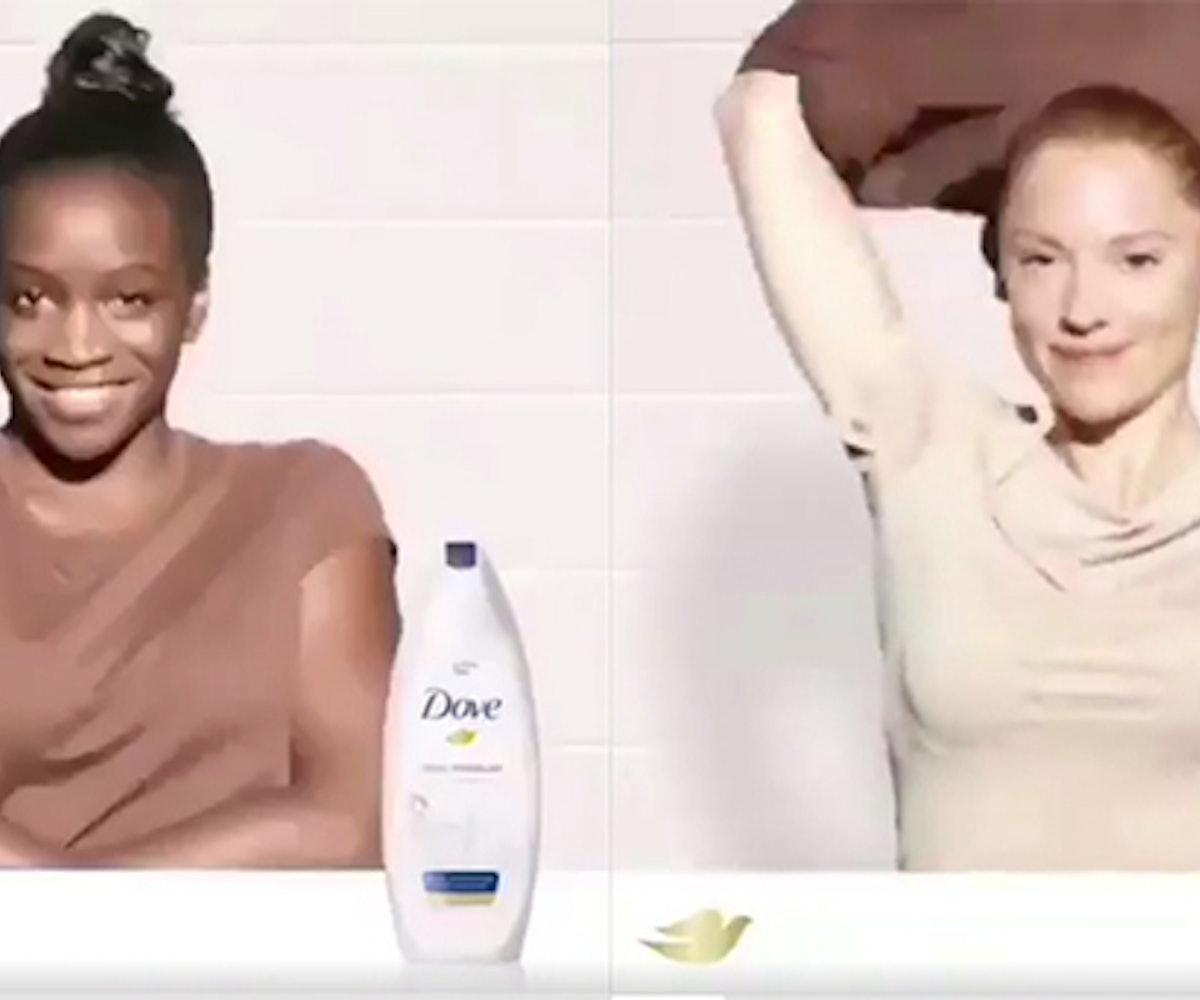 Over the weekend, makeup artist and YouTuber Naomi Blake noticed a Dove ad pop up in her Facebook feed that made her stop scrolling. It was a GIF of a black woman removing her shirt and suddenly becoming a white woman. Blake took screenshots of the ad and posted them to social media. "Ok so what am I looking at?" she captioned the photos. Her post quickly went viral, and Dove has now apologized for the offensive campaign, but people aren't impressed.

“Dove is committed to representing the beauty of diversity," the company wrote on Facebook on Saturday. "In an image we posted this week, we missed the mark in thoughtfully representing women of color and we deeply regret the offense that it has caused.”

While a spokeswoman for Dove, Marissa Solan, said on Sunday that the ad “was intended to convey that Dove Body Wash is for every woman and be a celebration of diversity," a lot of people thought it resembled ads from the early 20th century, when racist tropes were often used to sell soap.

This also isn't the first time Dove has "missed the mark" when it comes to representing diversity in their ads. In 2011, the company received backlash for an ad that portrayed three women of different skin tones. It aligned the black woman with the "before" photo and the white woman with the "after" image.

In addition to being offensive, this latest ad campaign also seems unnecessary. Why did Dove think we all assumed its soap was just for white women, to begin with? It's like when Bic came out with pens "for her," further alienating their target demographic rather than making them feel included.

Solan added that Dove is “re-evaluating our internal processes for creating and reviewing content.” According to The New York Times, she declined to say how many people reviewed the ad before it was published or whether or not any of them were people of color.

A lot of people don't feel Dove's apology is enough and are advocating that more women of color be involved in these kinds of campaigns if they actually want them to be effective. "This Tone Deafness will repeat itself until the workplace boardroom shows more diversity and inclusiveness," Questlove wrote on Instagram. "If everyone at your job resembles what you see in the mirror....then yeah...it's not gonna stop Dove."