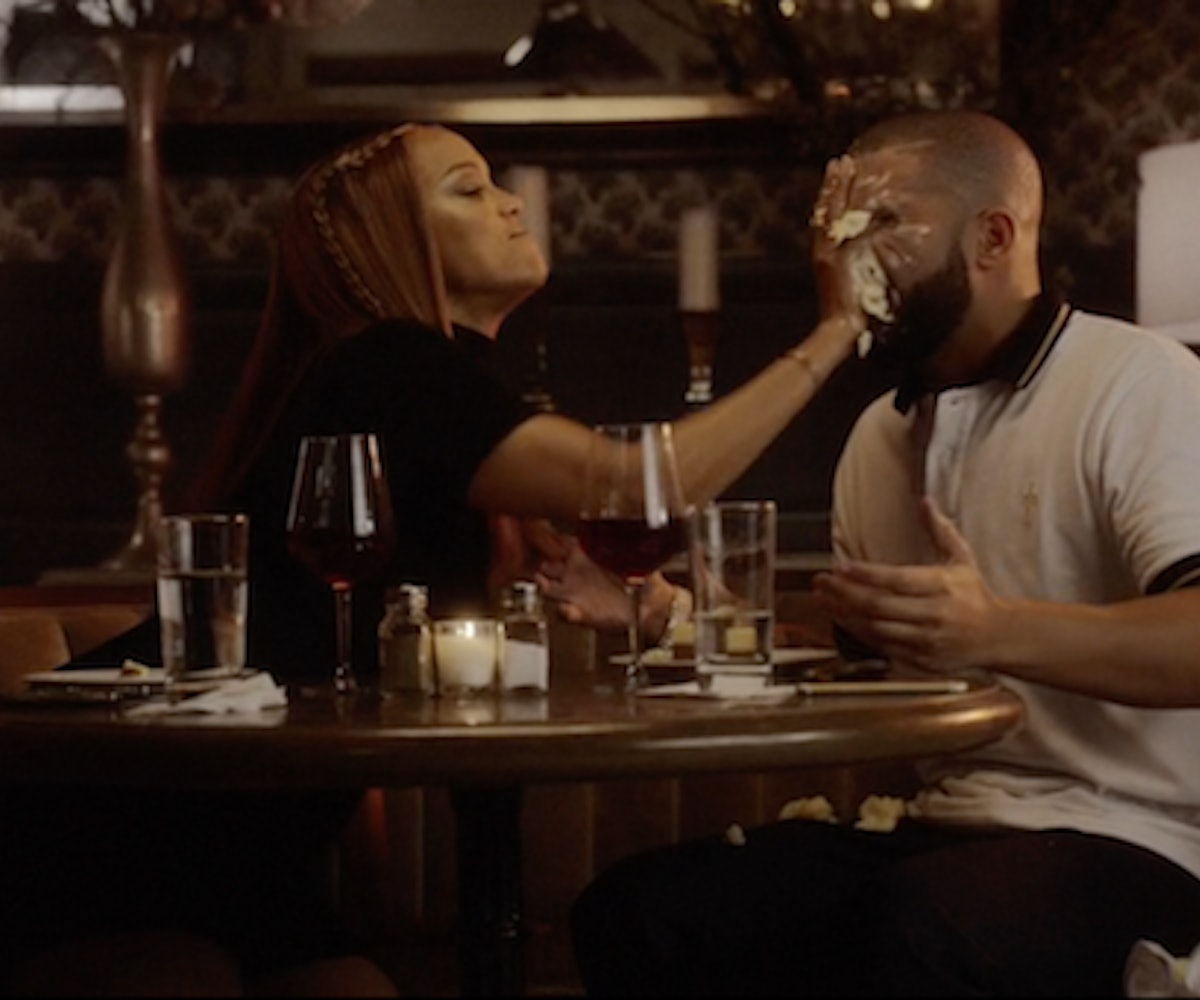 It's proving impossible to pick our favorite part of Drake's new video for "Child's Play." Is it the glorious Tyra Banks playing Drake's angry ex, smashing cheesecake into his face after she catches him cheating? Is it Drake singing the entire first verse in a Cheesecake Factory booth with cheesecake still all over his face? Is it the fact that this video was actually shot in a Cheesecake Factory, immortalizing Drake's well-documented love of the casual dining chain?

Maybe the better question is, are we going to start spotting Rihanna in Cheesecake Factory from now on? But, we digress. The premise of "Child's Play" is pretty simple: Drake breaks up with his girlfriend and blows off steam in a strip club. Tyra comes as a surprise when she enters into frame for the first time with what must be her greatest smize in all of history, clearly reveling in the fact that she's finally going to take her cheating bae to task in the best way possible. How many takes do you think she got? How many cheesecakes were harmed in the making of this film? Did Drake eat them all afterwards? These are questions we need real answers to. OB OBrien also shows up to give the strippers a pep talk before they go on stage. It's weird, it's hilarious, and it's pretty much Drake in a nutshell. Check out the full video below.