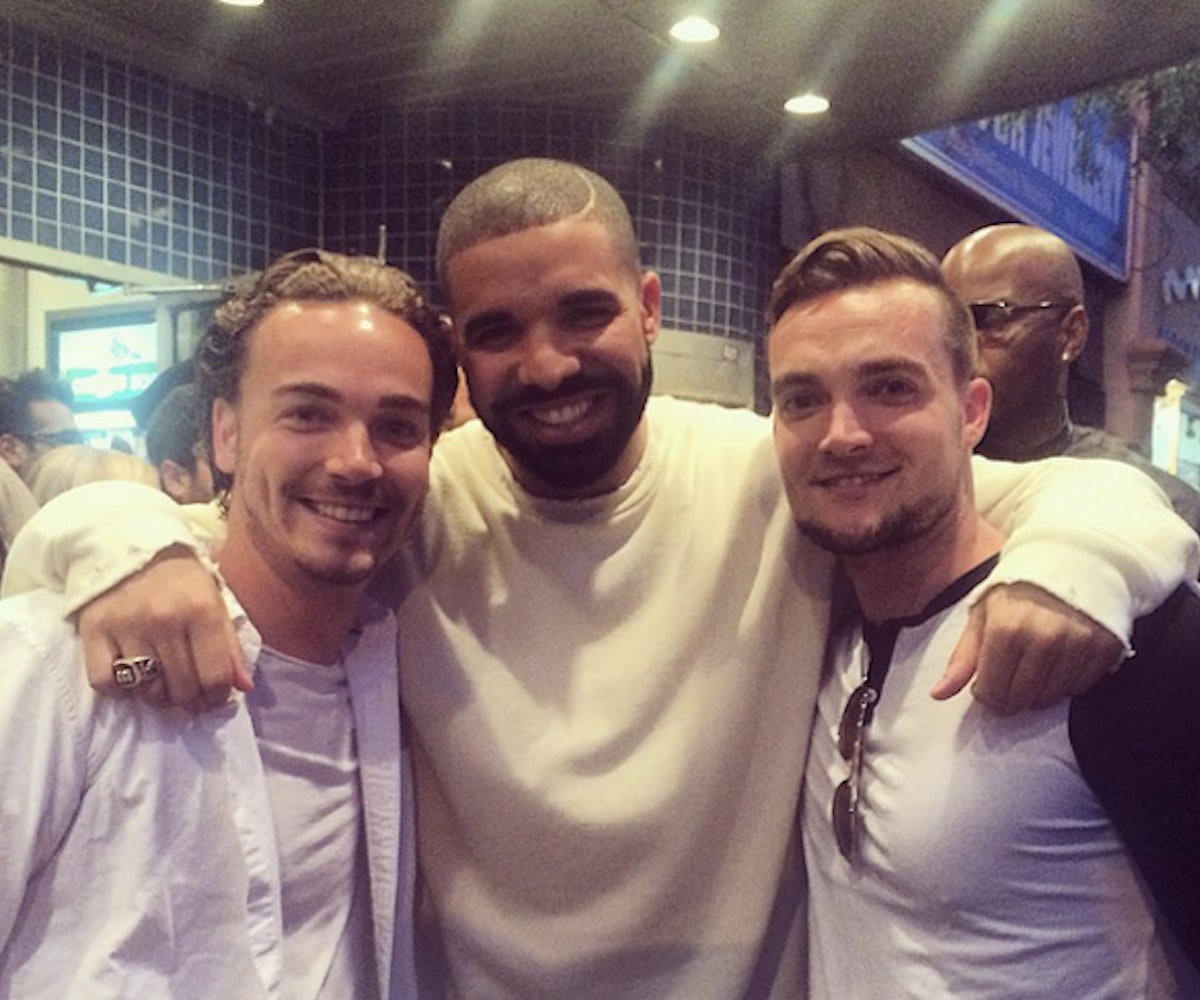 As Degrassi: The Next Generation’s most famous graduate, Drake has always been notably absent from cast reunions and commemorative events. After all, Drizzy’s got work to do. But that all came to an end last night when the artist formally known as Aubrey Graham hugged it out with his former fictional schoolmates at the premiere party for a project created by Next Generation stars Mazin Elsadig (Damian) and Al Mukadam (Mohammed).

As Vulture reports, Drake took time off from destroying Meek Mill to chill with fellow Degrassi grads Adamo Ruggiero (Marco), Lauren Collins (Paige),and Daniel Clark (Sean), as well as Elsadig and Mukadam (not pictured) at the launch party for the We Are Disorderly web series in Toronto.

As you can see, it was a moment as sweet as any real-life class reunion. It’s also probably as close as we’ll get to seeing Drizzy get to any kind of official Degrassi event—that is, unless all our collective dreams come true and he wheels through an episode of Netflix’s upcoming Degrassi: Next Class.

NEXT UP
Entertainment
Aya Nakamura On Preparing Her Fortnite Soundwave Series Performance
Entertainment
TSHA On 'Capricorn Sun' & Searching For Euphoria
Entertainment
Relive ‘00s New York With Yeah Yeah Yeahs, The Strokes In ‘Meet Me In The Bathroom’ Trailer
Entertainment
Seulgi Finds Her Own Lane With '28 Reasons'