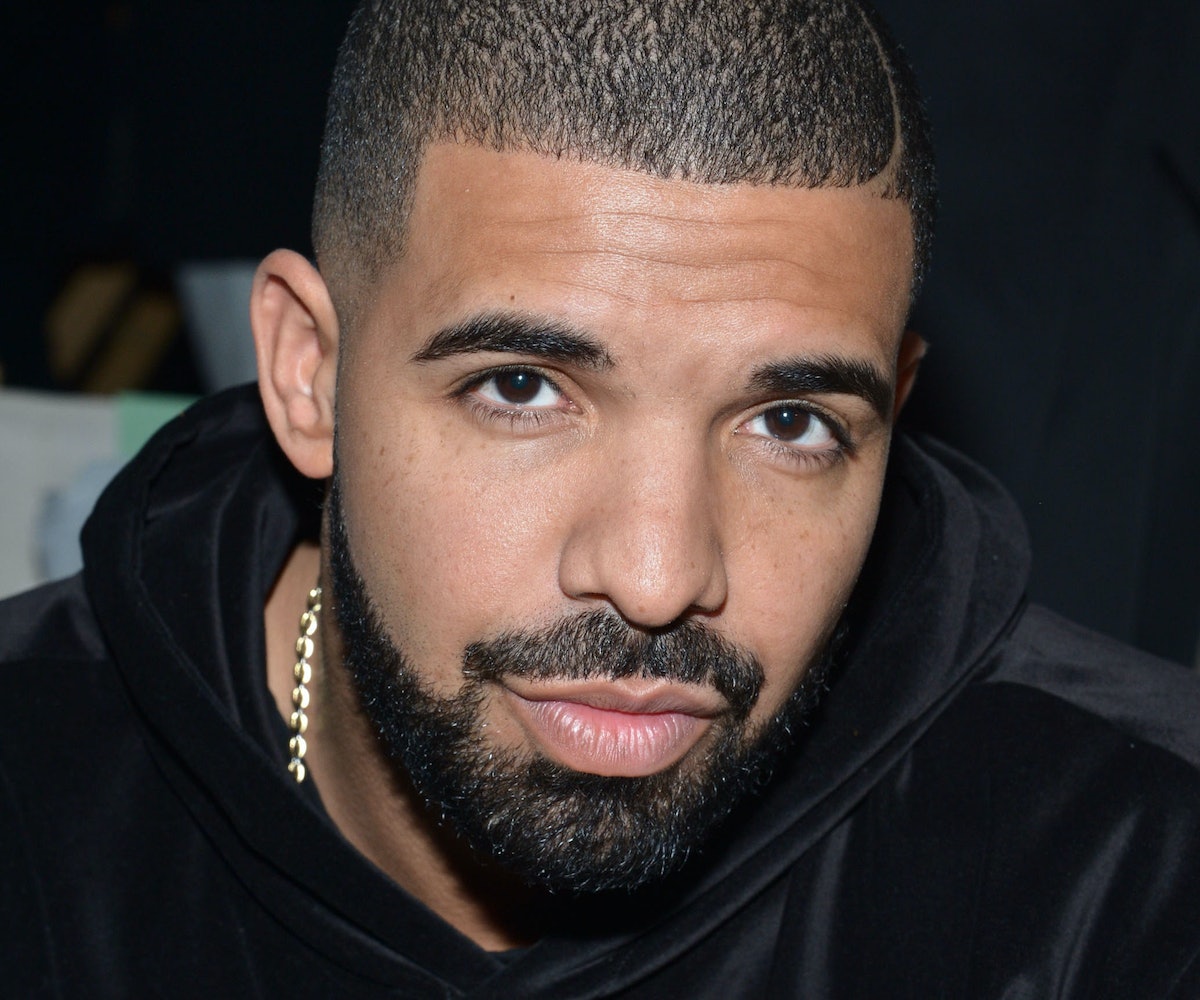 Drake is all about dropping surprises these days—so when he casually went on Instagram to announce that the video for the endlessly remixed "Hotline Bling" would be released today, we were practically hysterical. "Hotline Bling" might qualify as the song of summer, and it's easily transitioned as an appropriate sweater weather anthem and soon-to-be winter slow banger. (In typical Drake fashion, the rapper also revealed that OVO will be collaborating on another line with Canada Goose soon.)

The music video officially premiered on Apple Music tonight and it's absolutely glorious. We start off in an office full of women working at what can only be assumed as a phone sex hotline service. (Or ahem, the "Hotline Bling" call center.) Next, Drake pops in dancing alone in some sort of technicolor morphing cube while wearing some of his favorite material things—an OVO hoodie, an Air Jordan tee, and a chunky turtleneck sweater to name a few signature items. Silhouettes of hourglass women suddenly flash on to the screen, and then a set of stairs appear out of nowhere.

It's pretty minimalistic, but you can tell that Drake really thought outside of the box for this one. Watch the video above.