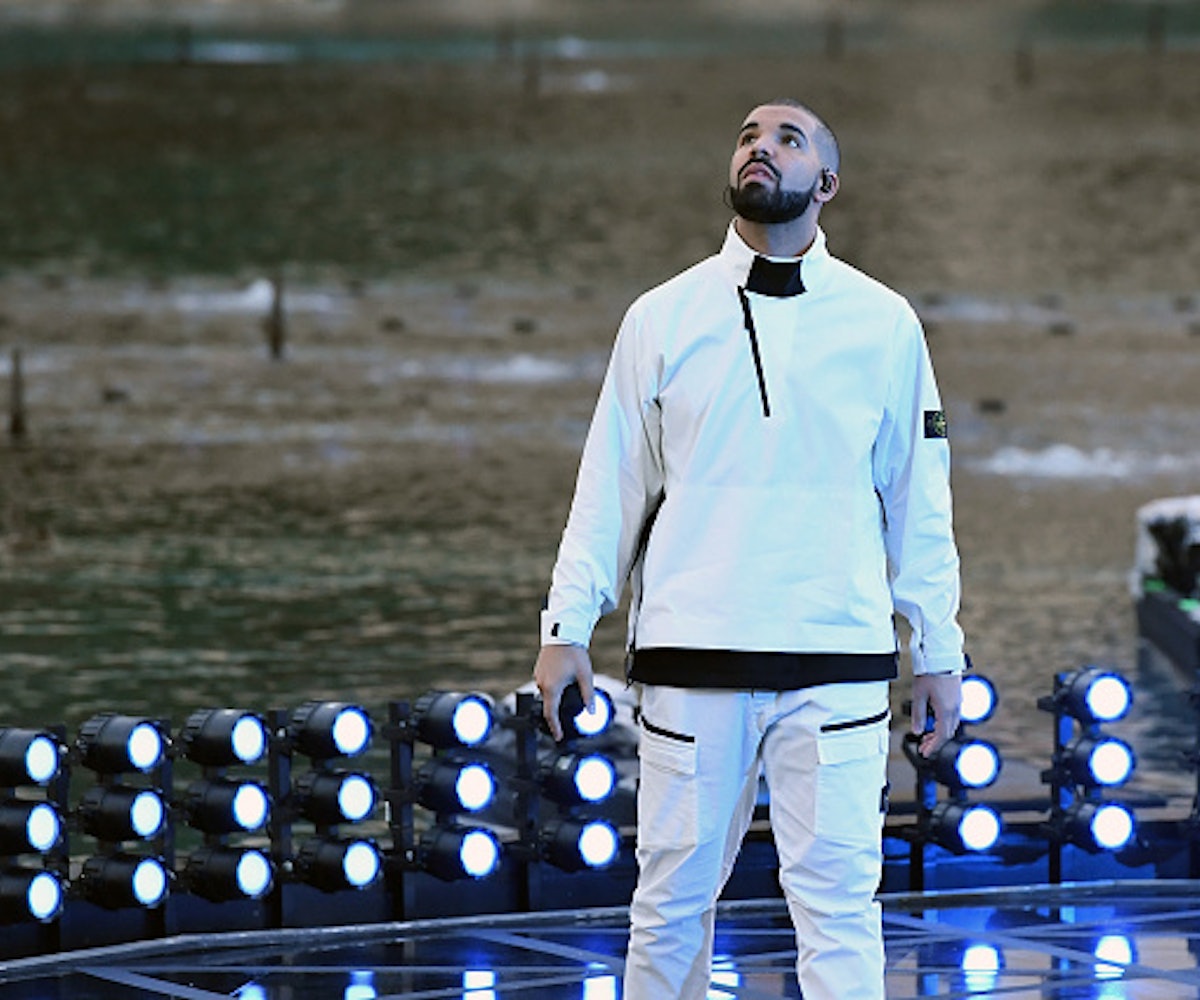 The fashion brand's style director, Kim Jones, announced the release of the new track yesterday. "Signs" was inspired by the spring/summer collection, a mix of high-fashion biker shorts, neoprene vests, oversized coats, and a comeback of the '90s bucket hats. The outfits were paired with leather luggage and handbags and metallic sunglasses. "I need to catch myself," Drake rapped. "I can't play myself. I need to take it easy."

Oliver El-Khatib of October's Very Own, Drake's record label, confirmed the song's release in a separate Instagram post. "I had the pleasure to curate the music for the show with all new music from @ovosound," he wrote.

In May, Drake shared a photo of himself in the studio with producer Noah "40" Shebib, holding a Louis Vuitton bag. Drake's last album, or playlist as he's calling it, More Life, broke streaming records and earned him a record-setting 13 Billboard Music Awards.

Check out the song and some of the fashions that inspired Drake's new song below.