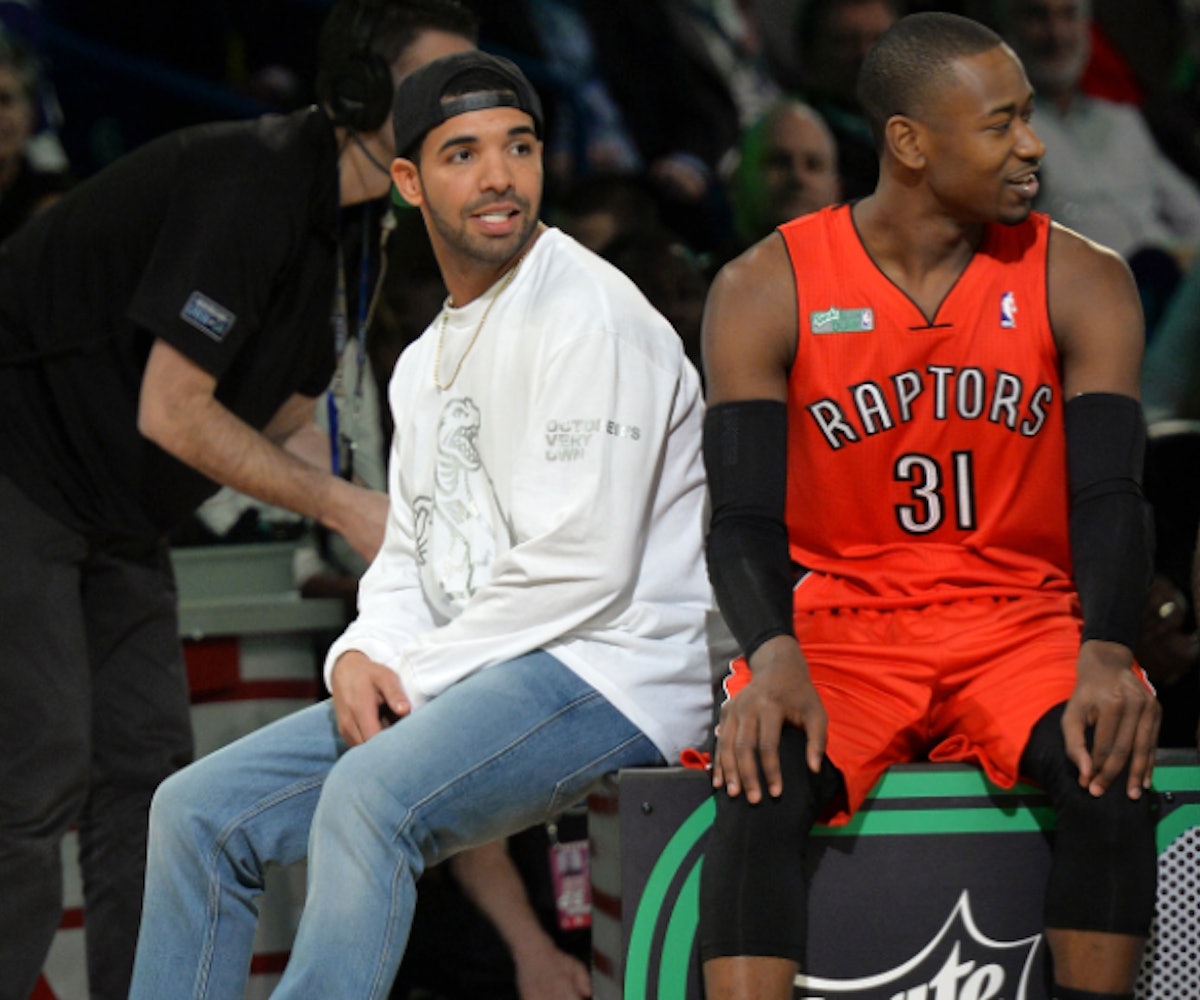 Last night was the annual Drake Night at the Toronto Raptors game, where the team, who are sporting a surprising 20-6 record, took on the Brooklyn Nets. Drake got sit in the announcer's booth with the Toronto commentators and was his usual charming self. Except for when he referred to a despicable racist as "my guy."

The rapper was being asked about an incident earlier in the year when commish Adam Silver slapped him with a $25,000 tampering fine after Drake, onstage at his OVO Fest, called out NBA superstar Kevin Durant to join the Raptors when he becomes a free agent in 2016. "Ima tell you, Sterling, that's my guy, man" he says. "So you know, we had a conversation about it, and you know, it won't happen again. So I got the message loud and clear." The only NBA-affiliated Sterling we can think of is Donald, otherwise known as the guy who ran his team like a plantation owner. The announcers, who obviously realized Drake's mistake, do what anyone would do in the presence of greatness: laugh awkwardly.