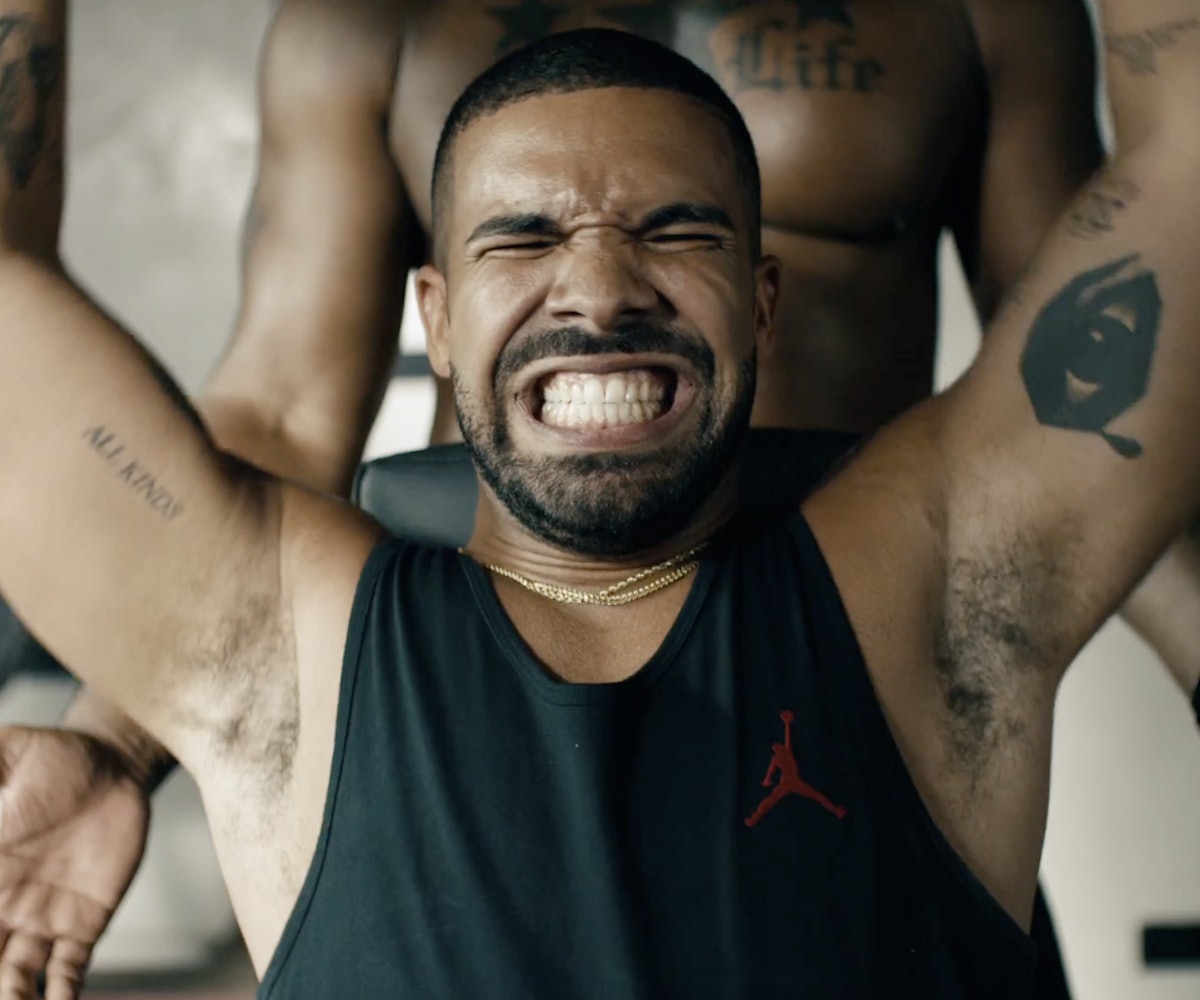 Drake had a huge night at Sunday’s American Music Awards, but his best moment came during a commercial break. The rapper debuted his latest commercial for Apple Music, a slick shout-out to Taylor Swift’s own spot for the streaming behemoth back in April. You’ll recall that Swift is seen running a treadmill, rapping along to Drake and Future’s “Jumpman,” when she suddenly and painfully face-plants. It was funny and cute and so Taylor Swift.

Drake’s own version is similarly self-deprecating. In it, he’s pumping iron with a personal trainer as one of his own songs plays in the background. But when the trainer leaves, Drake puts on Swift’s “Bad Blood” and starts dancing to it in front of a mirror, at one point breaking out into The Robot. Since the commercial is a response to Swift’s, you know that when he goes back to bench pressing, disaster awaits. Swift, giving props to a fellow theater kid doing his darndest to entertain, posted the commercial on her Instagram with a simple caption: “YES.”