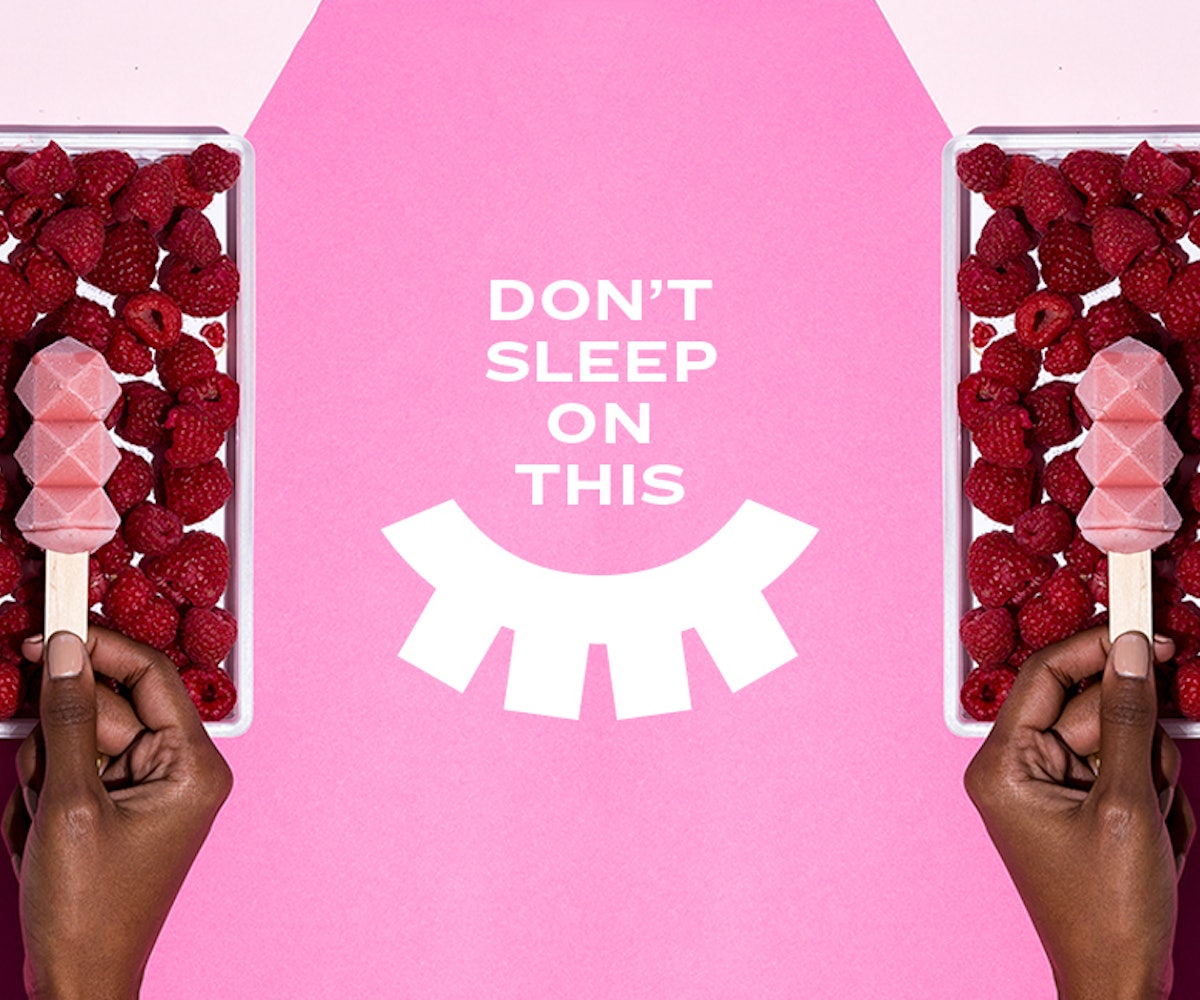 Friends don't let friends miss out on all the cool, under the radar things they know about, like where to buy ultrafashionable clothes at decidedly non-runway prices or which little-known beauty brand is low key making the best highlighter around. And because we consider our readers to be like friends, we decided to gather together all our best tips in a new series: Don't Sleep on This. Check in every week to see what things we can't wait to share with you.

Before I went to Cartagena, Colombia, last month, several people recommended I go to La Paletteria, the city's most famous popsicle shop whose 40-plus flavors range from fruity (maracuja, tamarindo) to creamy (tres leches, salted caramel) and nutty (pistachio, coconut). As someone who lacks a sweet tooth (and has never really liked sugary fruit water masquerading as dessert), I pushed that specific recommendation to the bottom of the list, way beneath the ceviche, mote de queso, and salsa spots suggested to me.

But when I found myself, on a sweltering hot day, following a hike up to the Castillo San Felipe de Barajas fortress, right outside of the shop, I stepped in with no hesitation, so eager was I for something refreshing and cold to quench myself. I ordered a mora roja (red berry) paleta which I ate in the Plaza Santo Domingo; it dripped down my hands, but I didn't care, refusing to give up until the last drip. It was delicious, packed with the berry flavor of my Russian aunt's homemade jams, and none of the artificial flavoring I associate with most popsicles. Also, paletas are really the only thing you want to eat in Cartagena during the hot season. (Well, that and ceviche.) I was in love—both with the paleta and the city. The next day, I went back and ordered another one.

Turns out I am not the only one who had a transformative experience with paletas. When I meet David Greenfeld, CEO and co-founder of Dream Pops, a week after my trip, he tells me that the idea for the first plant-based superfood frozen treats came from the same paletas that he also tried in Cartagena, as well as a desire to create a healthy, flavor-packed alternative to ice cream. Made from dairy- and soy-free ingredients like coconut milk, coconut blossom sugar, agave, and tapioca, the Instagrammable popsicles come in a variety of not-quite-expected combinations, including vanilla-matcha, mango-rosemary, and, most recently, chocolate-lion's mane mushroom and jackfruit-passion fruit (vanilla-ashwagandha-spirulina is next on the dock).

Despite being vegan, flavors like the Chocolate Lion and the Coconut Latte taste incredibly creamy, inducing an I-can't-believe-it's-not-dairy reaction from most; the fruit forward ones like Berry Dreams (strawberry, raspberry, passion fruit) taste fresh and tart, and transport me right back to that plaza in Cartagena. The deliciousness of flavors and flawless pairings can be attributed to Juan Amador, the chef behind the three Michelin star Amador restaurant, who develops the innovative recipes alongside renown German food scientist (!) David Marx.

The pops have likewise made a name for themselves for their beautiful structural shape (Greenfeld credits his desire to have a stylish product to the time he lived in Milan), a result of proprietary 3-D printing technology. And while the design is good enough to catch the eye of collaborators like Casamigos and Sweetgreen (Halsey is also a fan!), it's also ergonomic, meaning that the pop, thanks to its architectural shape, will not drip all over you and cause clothing stains that you're still getting rid of a month and a half after coming back from Colombia. If you needed any more proof that you shouldn't sleep on this brand, last week it was announced that five of L.A.'s Starbucks would be carrying the treats in its stores.

While Dream Pops has been around since 2016 (as evident by the many Instagram posts you've likely seen of the treat over the two years), this Sunday, July 15, it will be launching the treats direct-to-consumer nationwide (the product stays cold thanks to innovative and environmentally friendly packaging) for the first time to celebrate National Ice Cream Day. And while Colombia may not be in my summer plans, a girl can, well, dream.