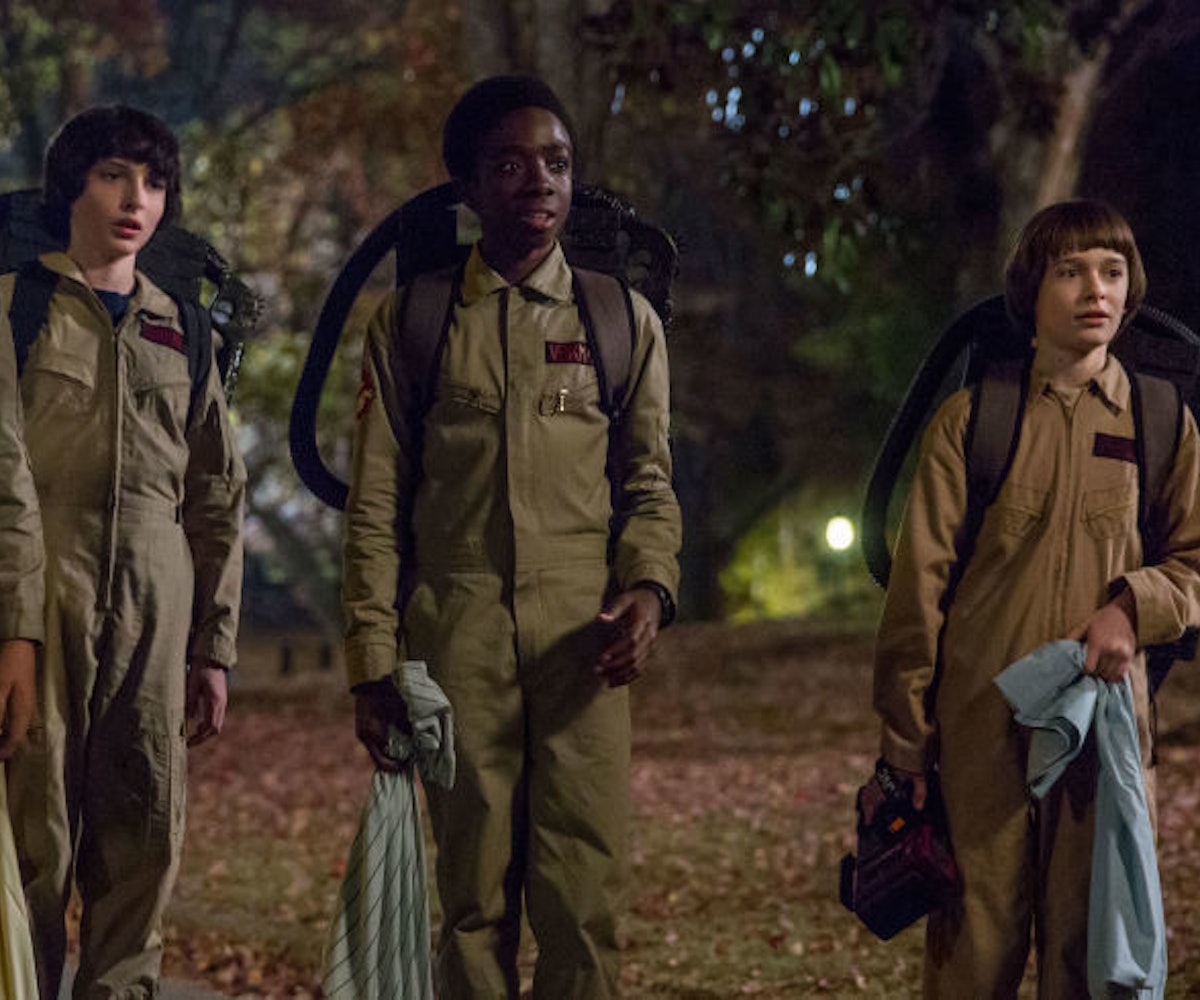 Earlier this summer, I got Matt and Ross Duffer on the phone while reporting a profile on the four young male breakout stars from Stranger Things, the breakout show the Duffers co-created for Netflix. At the time, the show’s highly anticipated second season was still months away from its premiere, so the Duffers had to be very careful about what they could and could not talk about. What they could not talk about was Season 2 specifics, which, after several trailers and (mostly) positive reviews hitting the internet this week, are finally coming into focus. What they could talk about were the young stars who have helped make Stranger Things the phenomenon it is today—how they found them, what their onset dynamics are like, and watching them adjust to life-altering fame. Excerpts from that conversation are below.

How did you find such a talented young cast of child actors?

Ross Duffer: We knew right away that if we didn't get the right kid actors, the show would fall apart. There's really nothing worse than a bad child performance, so we needed them to be great. Once the show got the green light, we just started looking for kids. We only had one script written, but we used sides from Stand By Me and made up some other sides, just to get it going. These kids flooded in with takes and our casting director Carmen Cuba would weed through some of them. I think it was about 900 kids or something. But actually, it's not an impossible task where you're like, "Oh, what do we do? Is it this kid? Is it that kid?" You can tell within five or 10 seconds of a kid performing. So you just skip to the next, skip to the next, skip to the next. Because you're just looking for something authentic, and most kids don't have it. They're the ones that are obviously well-trained, but it feels like Disney, where they're winking at the camera.

Matt Duffer: What's unique about all of these kids is that they felt authentic. They felt like real kids. When they read these lines, it felt very real to us.

Were the boys always going to play the parts they eventually got cast for or was there some mixing and matching going on at first?

MD: All the boys read all the boys parts at a certain point. But Gaten Matarazzo was always going to be Dustin. We didn't really even know who the Dustin character was until we found Gaten. He was sort of a generic nerd with glasses kind of a character—he was a stereotype. He was not a three-dimensional character. And then we saw Gaten's take, we fell in love with this kid, flew him out to Los Angeles, and met him. Gaten completely informed that character.

So what kind of kid is he?

MD: He has an incredible sense of humor. He has this disease—I'm going to say the name wrong—cleidocranial dysplasia. He didn't have any of his front teeth growing up. He's perfect in the sense that he isn't "normal." He didn't fit in very well with the other kids. It's something we felt, for other reasons, when we were kids growing up. We wanted to make a show about outsiders, about kids who didn't fit in, and who were bullied and made fun of. So I think Gaten was really able to tap into all of that.

RD: And he was just fucking funny. He's making us adults crack up. And he's making these other 11-year-olds crack up. Sometimes it's a problem when you're on set. We definitely have a laughing issue, where you can't get through takes without someone busting up. The number of takes ruined by laughter is in the hundreds.

As Will Byers, Noah Schiff has a much bigger part this season than in Season 1. Did you guys cast that character knowing you would have to eventually rely on him a lot more?

MD: Yeah, with Will it was hard, because we had no lines for him, really. We ended up writing all these fake scenes because we knew we needed a strong actor in case the series moved forward into a second season because we knew he was going to be a centerpiece in Season 2. We needed not just a good actor, but a really, really good actor.

Are people going to be surprised by his performance?

What is Millie Bobby Brown’s dynamic like with the boys?

MD: She's not exactly "one of the guys." Obviously, she's relieved we brought in another girl this year, Sadie Sink. But they all get along. She and Noah are really close, they're like best friends. They have sleepovers all the time. They all have different levels of friendship. I don't know how to describe it. It's like going to school, but you have a class of five people, so it's really intimate. They're really like family. They love each other like family, they bicker like family.

What has it been like watching the kids get the fame and then have to navigate that fame, and to know that you are partly responsible for it?

RD: It's surreal for us, but even more so for them. I walk down the street, and no one cares, but when we're wandering around with the kids, everyone comes up to them. It's certainly a surreal experience, and it's hard for me to know exactly how they're coping with it. I just know that on set, the kids are the same. They still seem like normal kids, which is what I worried about coming into this season. But they seem to be pretty well-grounded and handling it very well.

MD: The thing I'm relieved about is—I'm certainly confident—they all love what they're doing. They love coming to set, they love working, they love acting. In terms of the fame thing, I don't know. It's just a side effect that I think some of them are more into than others. You're worried about, what if they realize this isn't their true passion? They're so young. But this year, those fears went away. It became clear that this was a passion for all of them.

How are they different coming from Season 1 into Season 2? Were they more confident this time around?

RD: They went through five to six months last year of filming. None of them had spent that much time on camera before. It was like a boot camp. They really learned a lot. Now, they're professionals. They were great before, but now, there's just a better understanding of where the camera is and hitting your mark. They just understand the process more.

Does it dawn on you that you guys have had a hand in changing these kids lives forever? That’s a big responsibility.

MD: Yeah, thanks for bringing that up. I try not to think about it too much.

RD: We're just in this little bubble. We're trying to tell this story. But you just get so focused that you forget that there's this outside world that understands it, or knows what this is. I think for them, it's probably more apparent because anytime they walk around, people recognize them. For us, I'm sort of able to forget about all of that and not think about it too much, and try to remember when we were making that first season, when we were just a little show that we had fun making, that we were like, "Oh, I hope some people like this!” And that we can keep telling the story.

MD: That's the headspace that we're trying to be in.