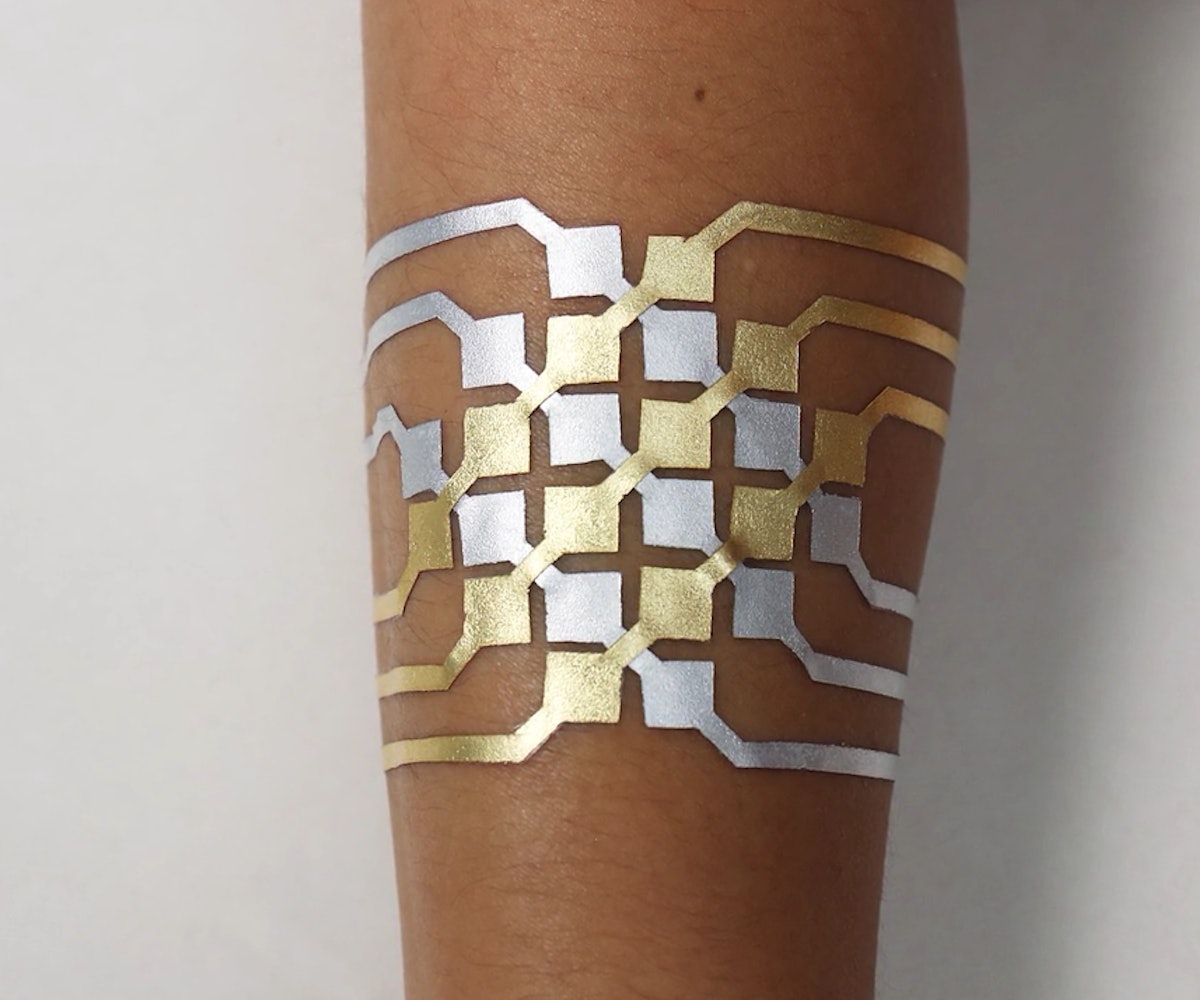 The show-offs at MIT and Microsoft have gone and done something remarkable. The Verge is reporting that Ph.D. students at the Boston institution joined forces with scientists from the tech giant to create a tattoo that can also control your smartphone. They're calling it DuoSkin, and it's a temporary tattoo with an aesthetically pleasing metallic design that essentially functions as a touchpad for your phone or other devices.

A video has been released to better illustrate how it works. In it, Cindy Hsin-Liu Kao, a student at the MIT Media Lab, reveals that the material they used is the same gold material used on those ornate frames you'll find in art galleries and in the gold flakes bartenders use for fancy cocktails. They've also designed tattoos that will change color or "light up" based on your body temperature or emotional state.

There's no telling if this is just a cool experiment or the next frontier in wearable tech, but we should know more when it is presented at a wearables conference in September. The makers of the tattoo, though, think they've launched the next wave of wearables. "We believe that in the future, on-skin electronics will no longer be black-boxed and mystified," reads DuoSkin's official site. "Instead, they will converge towards the user friendliness, extensibility, and aesthetics of body decorations, forming a DuoSkin integrated to the extent that it has seemingly disappeared."