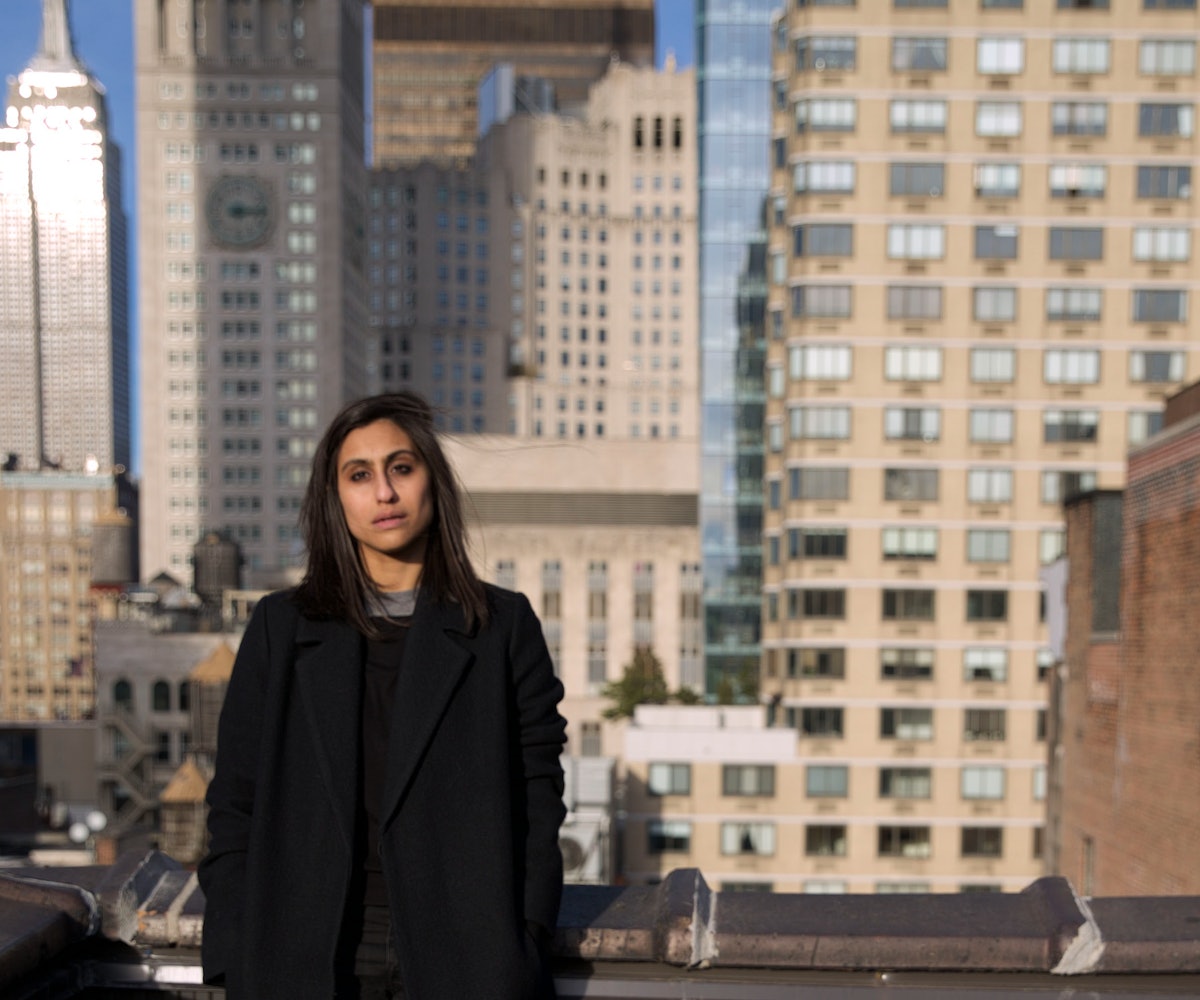 There are those books that feel like acts of discovery, the reading of which rents a hole in our shared reality, uncovering elusive truths and recovering the hiding-in-plain-sight secrets of obvious lies. These books serve as a slingshot, only it's you who are flung out and into new places and new ways of thinking, you who confronts the idea that there is another way to be. And then there are those books that feel like their own form of shelter; they cover you, like a blanket, a flood; you are a stowaway, made static in the silent space between sentences, a blessed spot where you can give yourself some time to just think.

It would seem, maybe, like it would be a contradiction for books to do both of those things at once (or would it? I don't know; there are also those books who do neither of these things), but it's not—or, it's not any more of a contradiction than can be handled. And contradictions, anyway—especially a lot of them, all at once—can be life-affirming, a reminder of the essential conflicts that come with being human. They can also be, as Durga Chew-Bose tells me over tea recently while talking about her affinity for the writing of Marguerite Duras (and specifically, Duras' Writing), "such a turn on."

Chew-Bose and I are meeting to discuss her book of essays, Too Much and Not the Mood, which I had recently read and loved in all of its complicated and meditative wonder. I told Chew-Bose that I'd read it on a plane and found that to be the perfect spot for this particular book, since there's no better place to absorb complications and contradictions than a place where you are simultaneously sitting still and hurtling through space; at once ensconced in what is the safest form of transportation, but also in what is a vessel doomed to certain catastrophe if one little thing goes wrong.

In Too Much and Not the Mood, Chew-Bose proves singularly expert at holding up and examining—really feeling the weight of—what these contradictions mean. Like what is to be the kind of person who "might be terrible at giving and receiving hugs despite often feeling—on the whole, at home and in public—as though we are holding on tight"?

Chew-Bose tells me about her affinity for seeking out paradoxes:

I think it’s really helpful when you’re writing to read a bunch of contradictions. Like, it really clears the mind. And it goes to that place of where it’s okay to be uncertain. It’s such a turn on to read a writer who’s uncertain but with attitude. I think we associate uncertainty with being skittish or nervous and unsure in an emotional way, but you can be emotionally sure of your uncertainty.

And it is with a great deal of emotional surety that Chew-Bose navigates through each of the finely wrought (and variably long; the first one stretches to almost 100 pages, another is but two) essays, in which she explores the many contradictory experiences she's observed in her life, from the "false sense of accomplishment" she feels after hastening the ripening of an avocado, by having "spooned [it] to sleep" with a banana, to what it means to be the first generation Canadian daughter of Indian immigrants, to be "from here but also… from there too."

Her writing stretches out, though it's not an unconscious sprawl; rather it feels fractal-like in its ability to grow from a central premise—a long cab ride to a hospital or the dead squirrel found floating in a backyard pool—and touch upon countless other ideas, all of them threaded—webbed, really—together, even if some of the strands are thicker, more readily visible than others. Despite how beautifully written and constructed they are, each piece feels almost like a peek directly into Chew-Bose's mind, insight into something just below the surface. Chew-Bose says this to me when asked about her writing process:

Some of it feels outside of my control, like there’s a really unconscious part of me that’s writing... Half the time I’m not even sure how the words appear on the page, because so much of the writing is not done when I’m writing, but occurs when I’ve been thinking about something over the course of months or years or even, like, my whole life. It could be an image I’ve carried with me since childhood, where I’ve had no real purpose for carrying it; it’s almost like dead weight, but in this book, I found a place to safe keep it. So I feel like my process is a whole lot of lugging things around until I find a home for them. But not lugging around in a burdensome way, more that I have a deep belief that there’s a place for them. And there’s a reason why I’m seeing it, and the reason could be that I need to find a place for it in my writing. It’s a whole lot of being incredibly aware of everything that’s going on around me, while at the same time sometimes being completely out of it.

Chew-Bose's hyper-awareness of those things that cannot always—or, at least, not easily—be explained is evident in the ways in which she, well, doesn't try to explain them. What I mean is: Do not look for Chew-Bose to give you a simple recap of events, an unambiguous accounting of how or why things happened, a review of her life. In fact, on the topic of reviews, Chew-Bose, who has long written about film, says:

I was talking to my friend Sarah Nicole about this a couple of days ago. We were both saying how we’re not really sure what the points of reviews are in some ways. Like, it’s up to each person who goes to a film or a play to bring with them what their relationship is going to be with that piece of art. So to sort of go and review it seems sort of counterintuitive to us.

Rather, what Chew-Bose excels at is capturing all that is hidden, the uncertainties that abound in the world around us. This uncertainty is even reflected in Chew-Bose's career path; she is not one of those writers who always knew it was what they wanted to do. She says:

It was never a clear identity for me, so it was never a clear identity to pursue. It was just something I felt I could do well and that I felt helped me have a voice; or, if anything, helped me work through ideas I had with words... It all feels very unplanned, but weirdly destined. But not destined in a capital “D” way, just like, if you keep doing something enough and you feel like it’s the only way that’s making you a part of this world, then you’re going to continue with it, even if funnily enough sometimes writing makes you feel like you’re apart from the world.

But while it's evident that Chew-Bose is definitely someone who values her solitude (after we finished our tea and left the clamor of the restaurant—there were lots of babies present—for the relative quiet of the G train, Chew-Bose remarks that she tries to limit herself to doing only one thing a day, like, one real commitment a day), what else is evident from her writing is that when she makes connections with people, they're deep and meaningful. In fact, one of the aspects of Too Much and Not the Mood that I found to be the most compelling was the clarity with which Chew-Bose describes her bonds with family and close friends; and it's made all the more special because of the lack of narrative fireworks, of, as Chew-Bose puts it, "noise."

Most writers write about what’s hard. For me, deep connections are hard to make, and they take time and they’re not always initially obvious. As a writer, figuring that out on the page was pretty difficult, and that’s probably why I did it. It’s probably easier to write about relationships with people that run hot. I think it’s harder to write about silence. And a lot of bonds have silence. A lot of my friendships are not noisy; so how do you describe the opposite of noise? I think that part of my relationship to personal essay writing is that I don’t trust my first, second, or even third idea. I have to, like, sit with it for a long time to figure out how can I make this something that isn’t just an aha moment. There’s a lot of personal essay writing out that I feel is very noisy, and I don’t want to be noisy. I want to find the stuff that’s under the first idea that I have.

It's this stuff that makes up Chew-Bose's writing; she mines the depths of her ideas and experiences to relay them in her work, thus allowing others insight not only into her thoughts but also into our own, in all new ways. It's an inherently generous form of communication; it makes reading feel like a gift. Of course, to Chew-Bose, this gift comes from something like a compulsion to process her thoughts and feelings, the art and artlessness she sees around her. She tells me, "I’m an accumulation of my senses. If I didn’t write about it, I don’t know where I would store all that stuff." We're just the lucky beneficiaries.

Too Much and Not the Mood is available for purchase now.