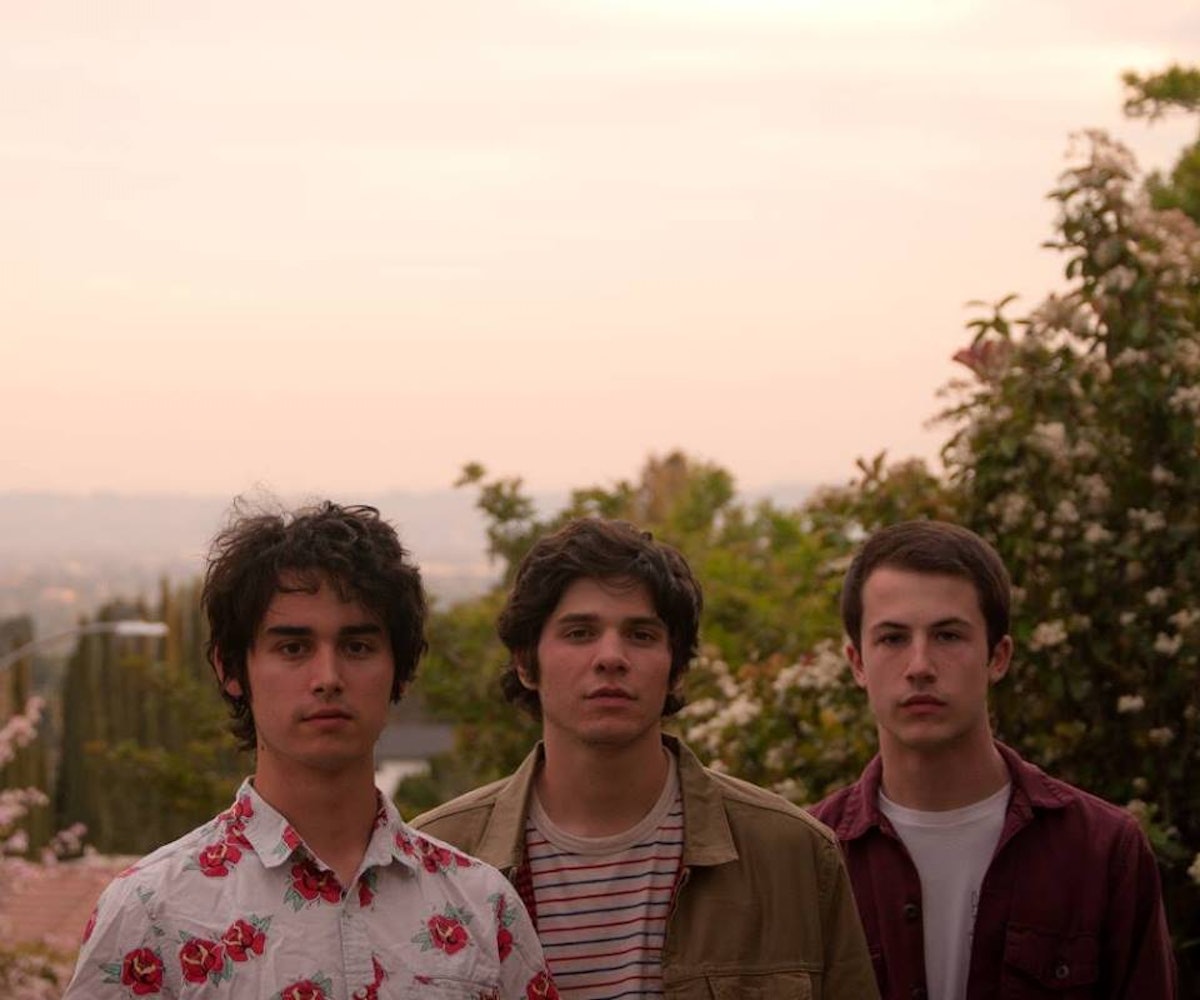 Can't get enough of Dylan Minnette? Luckily for those who have finished 13 Reasons Why on Netflix, you don't have to say goodbye to him yet. Turns out that the 20-year-old actor is a singer and guitarist in a band called Wallows, and their debut single is a real pleaser. (Is it a happy coincidence that it dropped on the 13th of this month?)

For real though, the Stefan Mac-produced track is titled "Pleaser," and it's an upbeat, lo-fi indie rock anthem that will have you head-banging into the weekend. The song radiates some major summertime vibes, and we can practically feel the sun beaming down on us as they shout in the chorus.

Cole Preston (drums, guitar), Braeden Lemasters (guitar, vocals), and Zack Mendenhall (bass) complete the Los-Angeles-based quartet. (Apparently, all of them are former members of The Narwhals and The Feaver, if those names ring a bell. ) Hopefully, there's more music on the way from these guys—we are definitely keeping our ears open.

Stream the single in full, below.