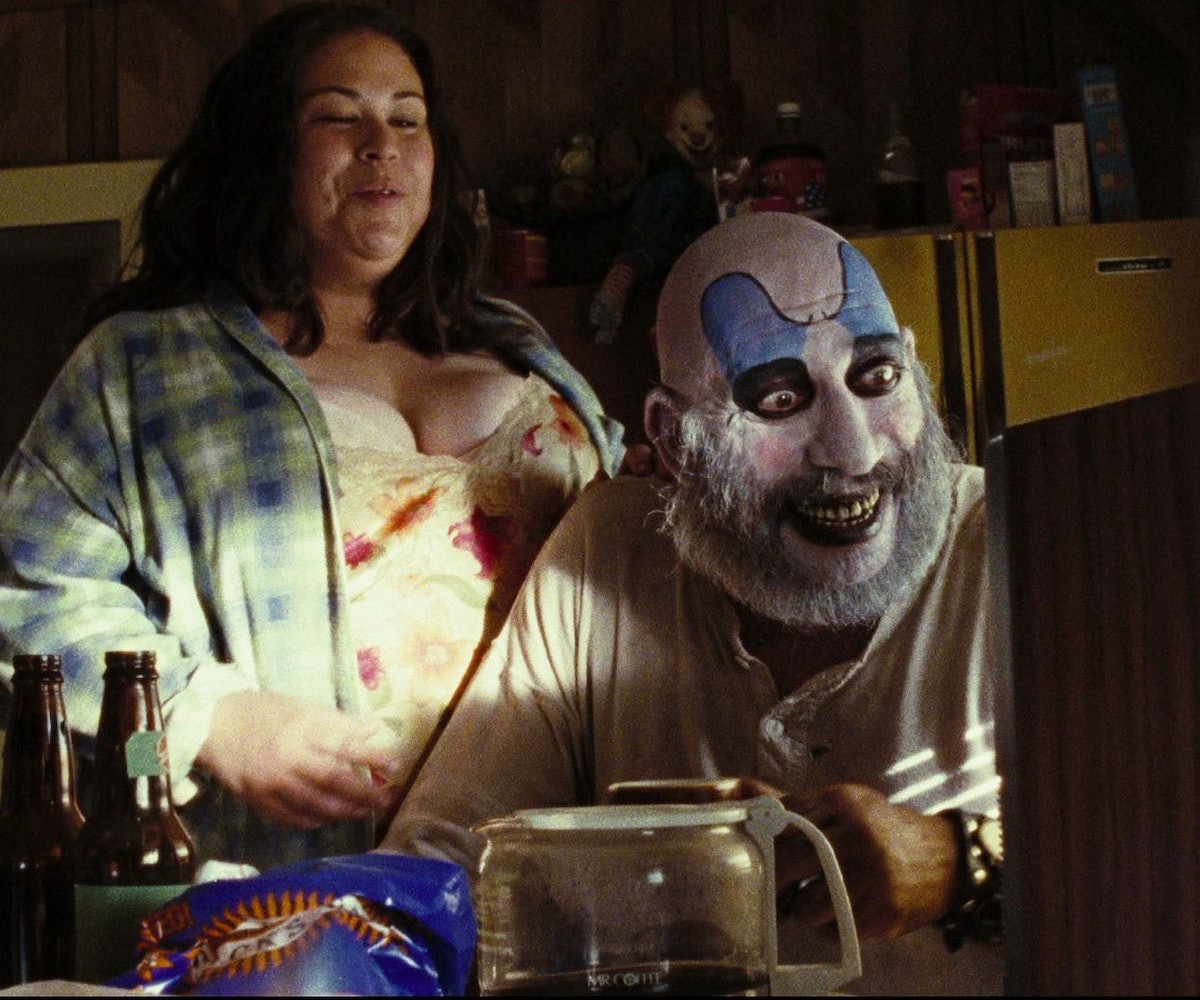 The knock on Thanksgiving is that it forces you to sit at the dinner table with your extended family, where conversation is paramount. Wine is flowing, opinions are being tossed around, and everyone's idiosyncrasies come crashing together like volatile waves. Especially now, when this country is more divided than a pumpkin pie, hanging out with relatives, and even your folks, can be rough. That is why we've provided you with these seven cinematic suggestions of families that are way, way worse than yours. Happy Thanksgiving!

Jacki Weaver is terrifying as Smurf, the hell-blazing matriarch of the Cody family, essentially a trio of brothers who snake through the Melbourne underground, committing violent crimes after violent crime. Yes, they’re ruthless, but next to their mother, they’re puppy dogs.

No matter how rough you think your family might be, take a look around the table and be thankful that’s turkey they’re shoving down their gullets and not, you know, other people, like the cannibalistic clan in this 1974 horror landmark.

Before he broke out with this year’s The Lobster, Greek auteur, Yorgos Lanthimos, made this movie about a married couple who isolate their children from the outside world, which in today’s climate, almost feels like a blessing.

The House of Yes

Bringing your significant other home for the holidays is always a tricky prospect. It’s even worse if your twin sister is a Jackie O fanatic who was recently released from a psychiatric hospital and who happens to be obsessed with you. Come for Parker Posey’s career-defining performance, and stay for one of the bleakest endings in modern movie history.

The Corleone family might seem glamorous and iconic and everything else that goes with being the centerpiece of one of the greatest films ever made. But make no mistake: This is an untrusting, paranoid, and cold-blooded group of people who prize power above all else.

Director Rob Zombie’s hellish vision of the nihilistic Firefly family is so dark and so sadistic that your Trump-supporting uncle will seem like a very progressive teddy bear next to them.

In this deeply disturbing portrait of suburbia, director Todd Solondz reveals the darkness lurking underneath the polished surface. This interconnecting story of almost a dozen characters orbits the film’s most memorable and troubling narrative strain, a seemingly normal dad (an unforgettable Dylan Baker) who happens to be a pedophile. So please, be thankful that this is not your family.