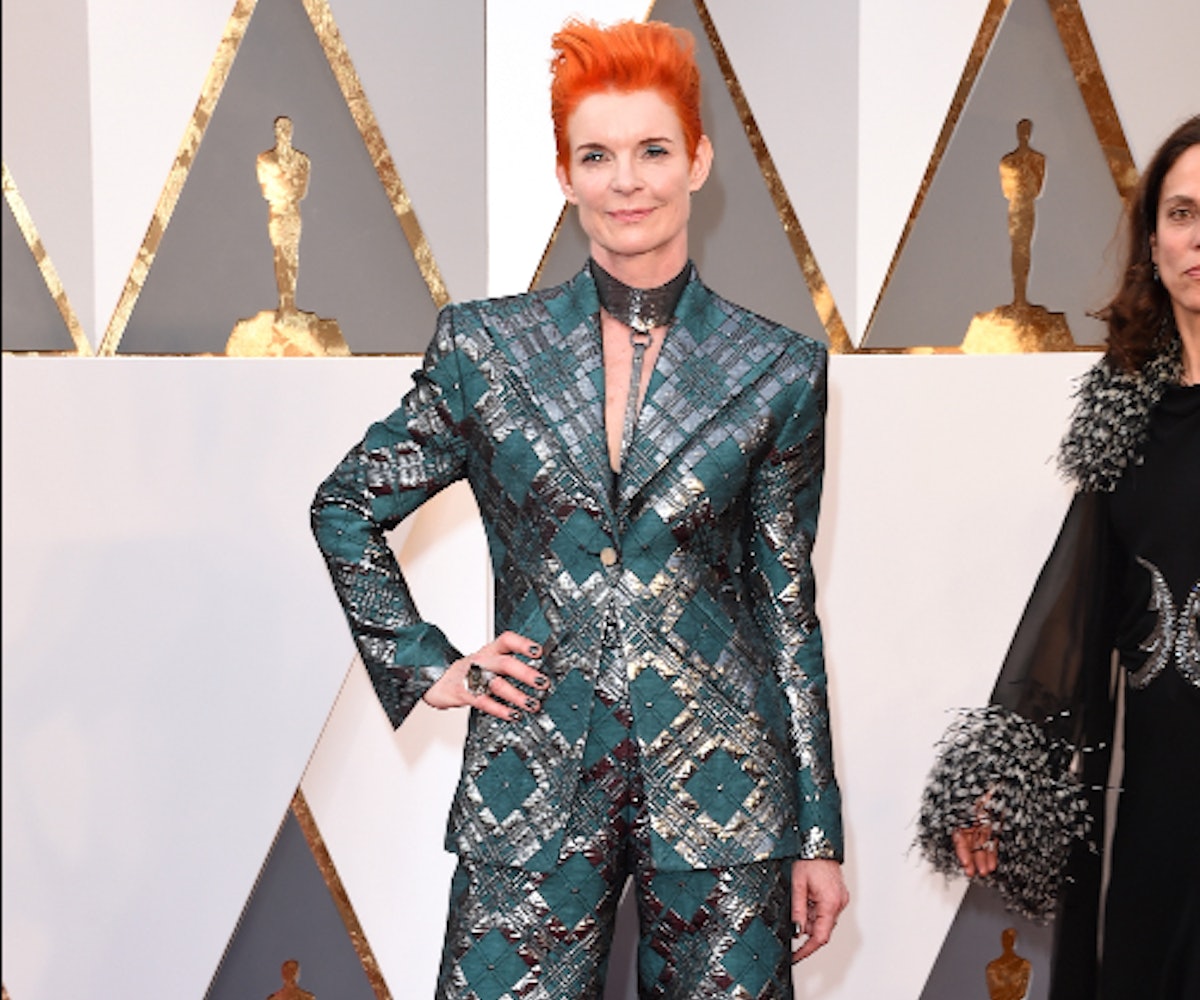 Tilda Swinton is an Oscars mainstay, but regardless of that fact, the E! commentators working tonight's red carpet made an unforgivable mistake when they identified Carol and Cinderella costume designer, Sandy Powell, as the mercurial actress. Powell showed up on the red carpet channeling David Bowie with a spacey suit and a mod red hairdo, and yet somehow Giuliana Rancic mistook her for Swinton, who did not attend the awards. Twitter was quick to correct the network for misidentifying the three-time nominee, who has won for Shakespeare in Love (1998), The Aviator (2004), and The Young Victoria (2009).

Given that E! is a professional organization that's covered the Oscars for years, this feels egregious. Expect an apology soon enough.