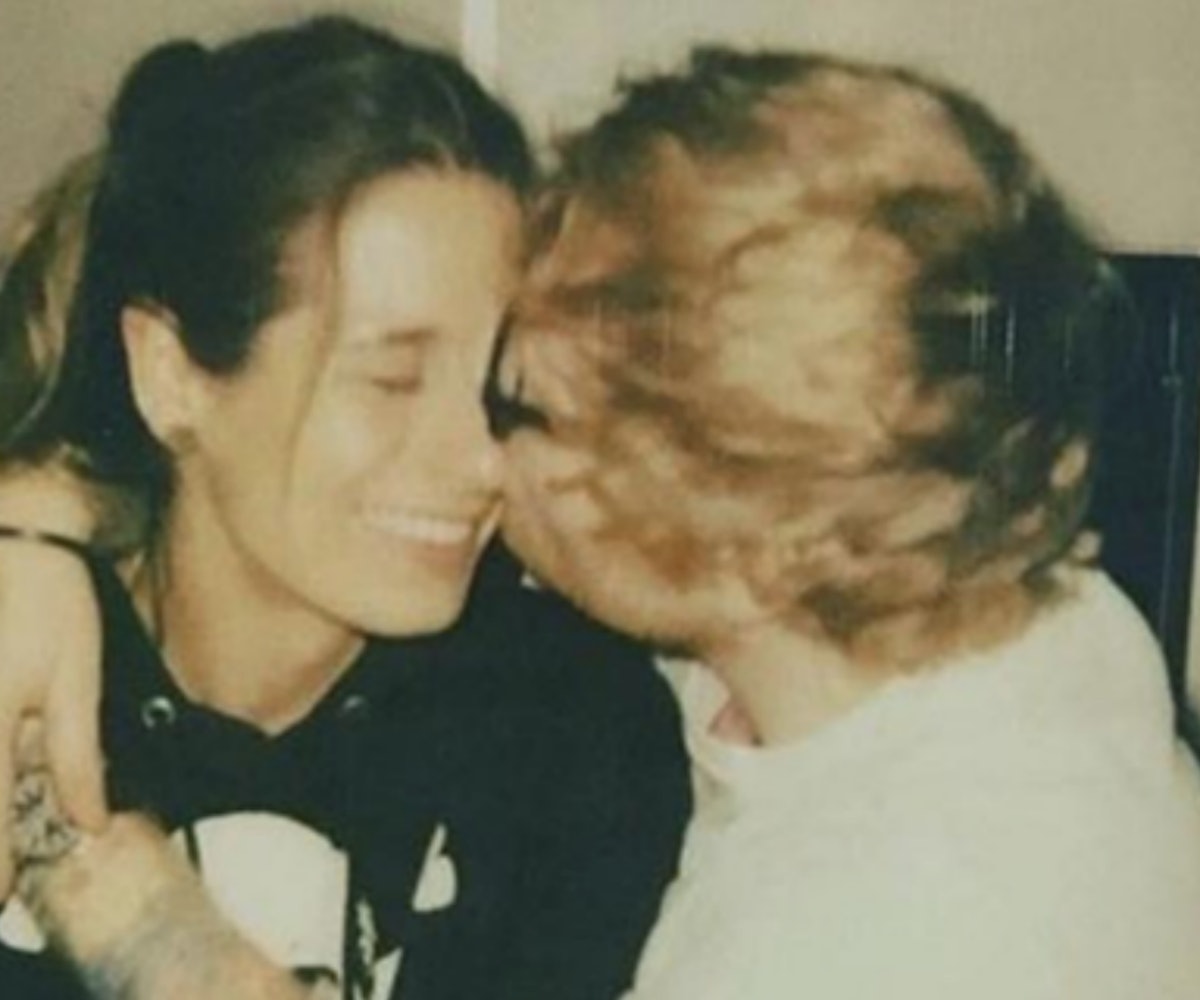 Ed Sheeran just announced in a truly, achingly adorable Instagram that he and girlfriend Cherry Seaborn are now engaged. To which citizens across our weary, polarized and divided world say: Thank you, we needed this.

Adding fuel to the squee fire, the adorable Polaroid-like snapshot came complete with the caption "Got myself a fiancé just before new year. We are very happy and in love, and our cats are chuffed as well xx."

Did you know that Seaborn once rescued their cat Dorito (!!!) after he jumped out of a third-story window? And that Sheeran once walked around outside barefoot after giving Seaborn his shoes when her Louboutins broke? Oh, and did you also know that the pair were basically childhood sweethearts? As reported by The Sun, the two both completed their secondary education at Thomas Mills High School in Framlingham, Suffolk, though apparently they only became romantically involved in 2015. Seaborn largely keeps a low profile, reportedly working as a consultant. She is, however, a hockey star who helped the England U21 team claim the bronze medal at the 2012 European Championships.

There are no details yet on when the couple intends to wed, though it seems the singer is already several steps ahead and is eager to start a family. Last year he told Zane Lowes on Beats 1, "I'm ready, let's go - tour bus babies, little fat, chubby babies that just walk around."

Mutual sacrifice. Longtime love. Chubby babies. A cat named Dorito. Guys, it's all just a little too much but maybe also everything we need right now to try to heal our weary, weary hearts.