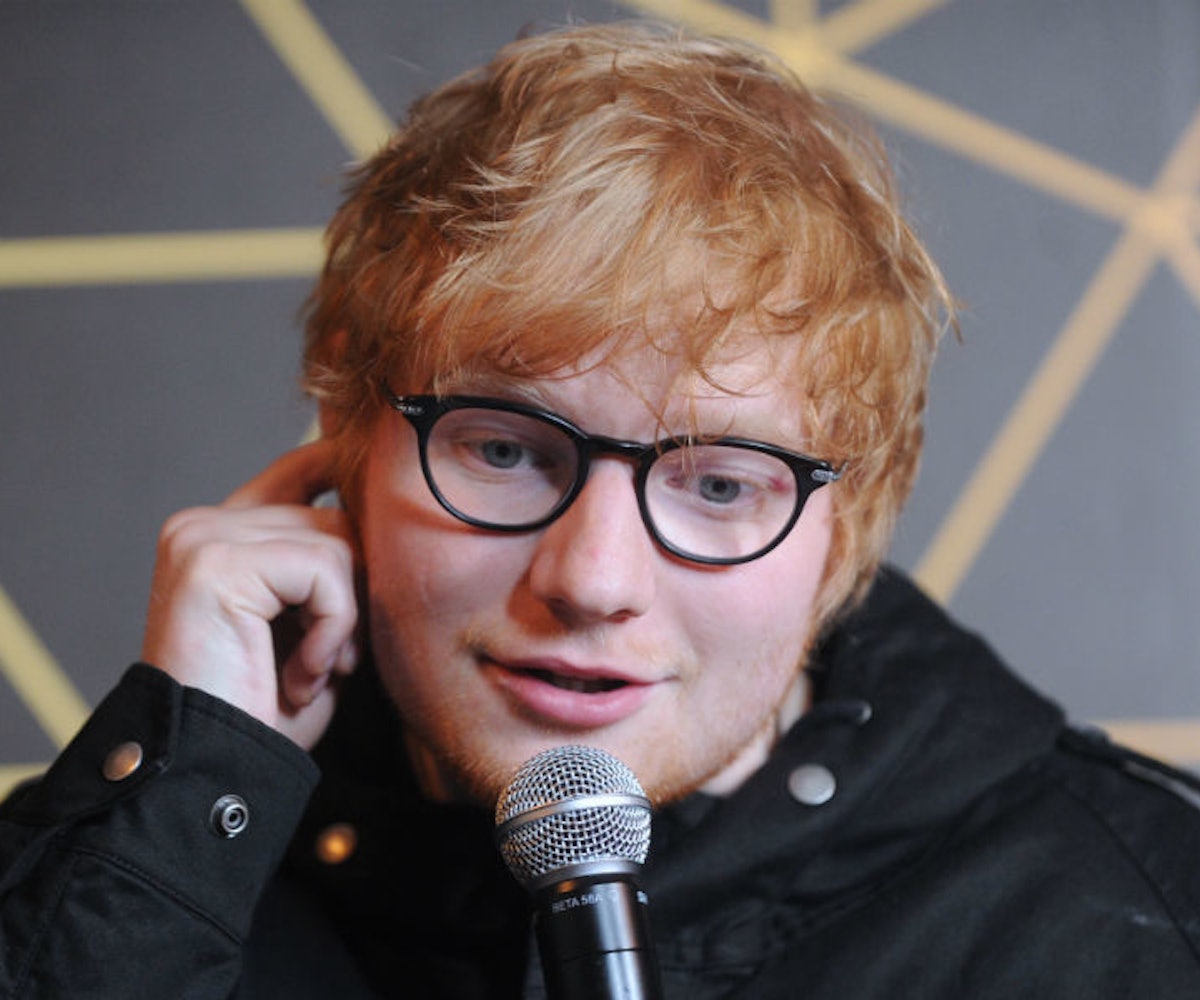 Ed Sheeran’s lawyers have been keeping busy these past couple of years. According to TMZ, the singer is being sued, again, for ripping off Marvin Gaye’s “Let’s Get It On.”

Sheeran has dealt with a slew of other lawsuits in the past. Townsend’s family already hit the singer with a lawsuit back in 2016 for copyright infringement. (The complaint was dismissed last year.) In January, two Australian singers sued Sheeran, Tim McGraw, and Faith Hill over the song “The Rest of Our Life,” which Sheeran helped write. Then, in 2017, he settled a lawsuit with X-Factor winner Matt Cardle who claimed Sheeran’s song “Photograph” ripped off “the very essence” of his song “Amazing.”

Let’s just say the English singer is accustomed to being served. Sheeran hasn’t issued a response to the most recent lawsuit.