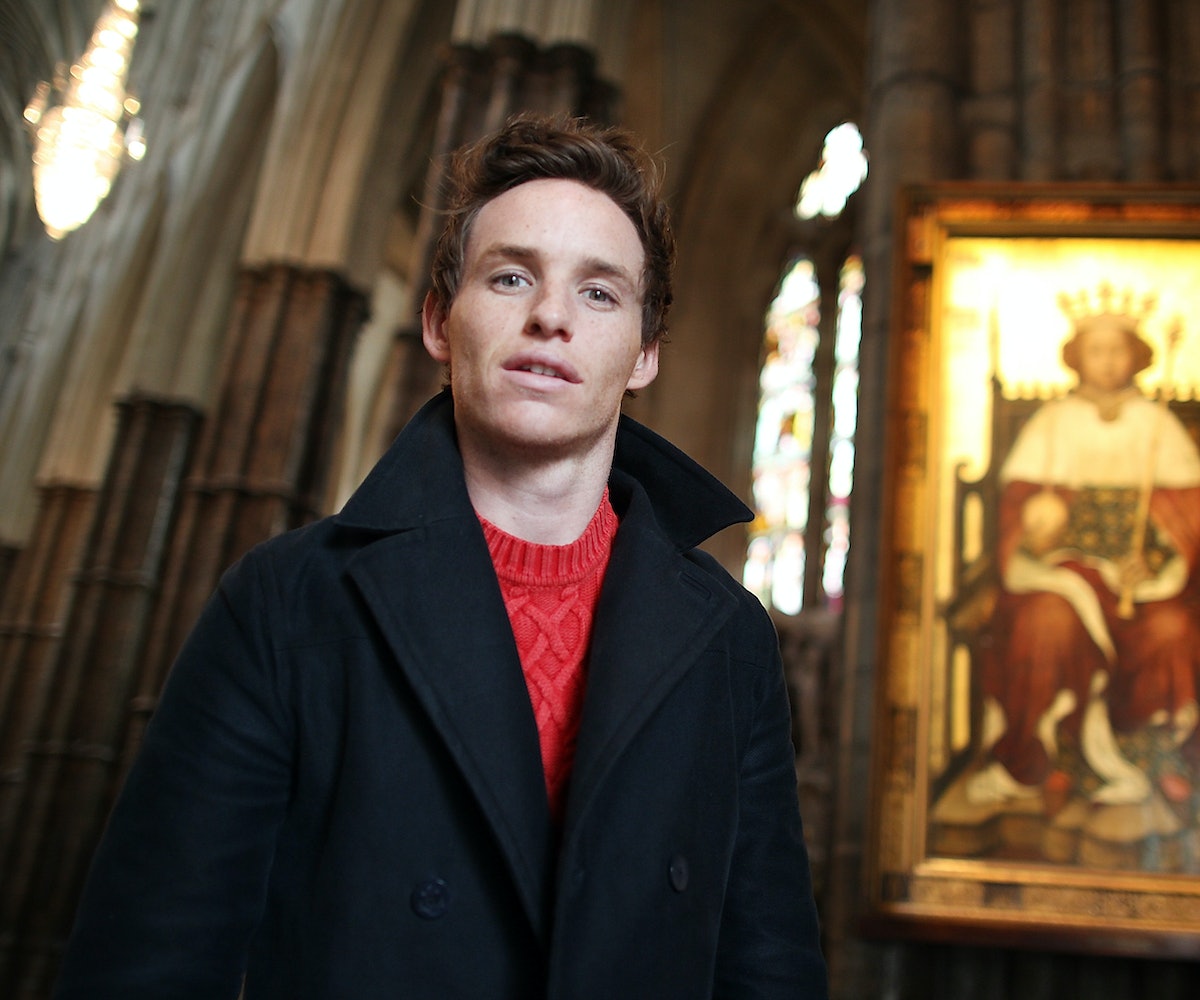 Through some form of wizardry, Entertainment Weekly has landed our first look at Eddie Redmayne in the Harry Potter prequel, Fantastic Beasts and Where To Find Them. A day after the movie's official logo was revealed, the Oscar-winning actor graces the mag's cover decked out as the perfectly named magizoologist, Newt Scamander, holding his special briefcase and, in a nod to the Potterverse, a magic wand.

Redmayne's Scamander is an American wizard, circa 1926 New York (a.k.a., 70 years before the Potter saga begins), and here we see him in the entrance of the Magical Congress of the United States of America, which is inside New York's iconic Woolworth Building. He'll be joined by Colin Farrel, Samantha Morton, and Katherine Waterston in the adaptation of J.K. Rowling's 2001 book, which is the first of a planned trilogy. Fantastic Beasts has a November 18, 2016 release date, but if you can't wait until then, check back with Entertainment Weekly as they reveal more images and info from the incredibly secretive movie.