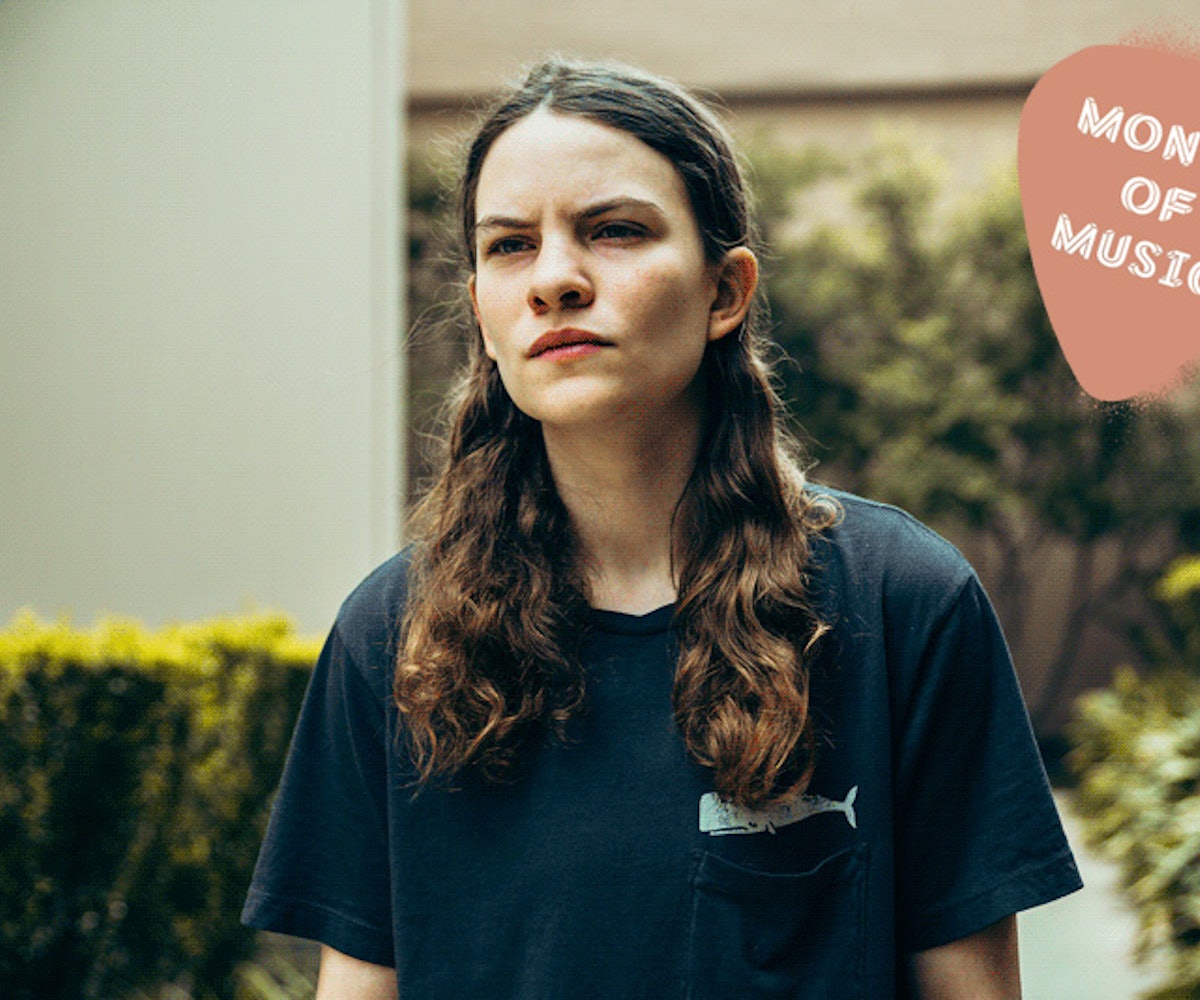 Around five years ago, Eliot Sumner was recording music as I Blame Coco. Though that era is well over and Sumner has moved on to make pensive, "desperate sounding" music, there is an overall upbeatness to her sound. Blame it on the synths, blame it on the drums, but Sumner's new album, Information, hypnotizes you and simultaneously delivers some of the best, most compelling reflections on love, gender, and our place in the world. At 25, Sumner's reached a point in their career where they're proud of their name. Though at times a bit morose, their sound is confident and more future-leaning than ever. There is strength in Sumner's smokey vocals, but there is also a mystery. It all adds up to an extraordinary body of work from an extraordinary human. It's smart rock and it's pure magic.

“Let My Love Lie On Your Life” is a good morning song. Musically, it’s quite cheerful and it’s quite catchy. I think those songs are important in the morning; you don’t want to listen to anything depressing.

“Dead Arms & Dead Legs.” It’s the first song off the album [Information, via Island Records], and it’s about solitude.

Maybe “Species.” I love or—no, the rest of the songs are quite desperate sounding. “Species” is quite aggressive.

Yes. When I was younger, my brother and his band used to come down where I live in the Wiltshire countryside [in the U.K.]. They used to bring all their drums, amps, and everything. I remember playing with them and getting this buzz just from being a musician and playing with other musicians. It’s such an incredible feeling when magic happens. That really solidified everything for me. It made a lot of sense.

Nick Cave was one of my heroes. But I’d have to say, Scott Walker. I love his voice. I find him to be very fascinating.

Yes! It’s only happened once and I got really nervous. It was with the model Freja Beha Erichsen. It was the first time I’ve ever asked anyone for a picture.

What would you say is the hardest part about being a musician in today’s very saturated scene?

I really enjoy being a musician, making music, and being in a band. It can sometimes be quite grueling, physically. The touring side of things can be quite unhealthy. There aren’t many places to eat healthy. Excessiveness. We have quite an excessive lifestyle.

Valium. [Laughs.] No, I wish. Coming off a tour is the hardest part. You get so used to living in a bubble with a daily schedule. When you get home and there’s nothing to do, you’re like, “What time’s soundcheck?” For other people, that can be quite difficult. Post-tour depression can be not very nice.