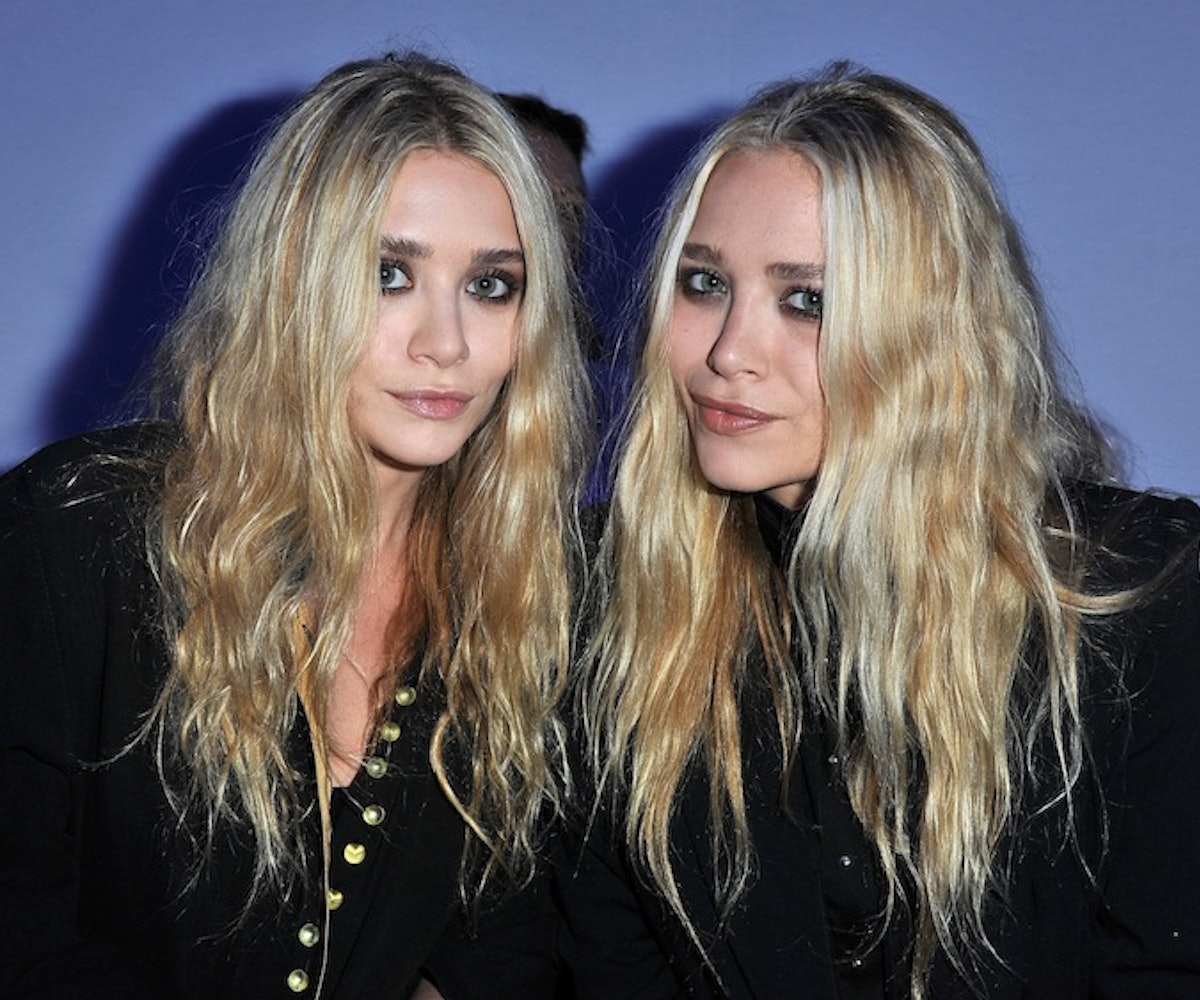 Good news for everyone who secretly (or not so secretly) dreams about being an Olsen: you're officially one step closer. Even if you don't have a huge fashion and movie empire or a twin sister, at least now we can smell like Mary-Kate and Ashley. The twins have just announced a brand-new fragrance for Elizabeth and James, their first officially "as adults."

Dubbed Nirvana, this pair--because it takes two, duh!-- of scents might share a name and near-identical packaging, but they're actually quite different. (Yep, just like the girls themselves. See where we're going with this....?)

Whereas Nirvana White is more innocent, with notes of peony, muguet, and musk, Nirvana Black is decidedly sultrier. Both come in slick, rectangular bottles with gold accents-- and the best part is, you don't even have to pick a favorite. According to the Olsens, these oil-like scents (they said they wanted it to be more like a luxe oil than a spray) layer together nicely, and with prices starting at $22 for a rollerball, this means buying both are totally possible. Two of a kind, indeed.

Nirvana from Elizabeth and James hits Sephora stores and Sephora.com in January.