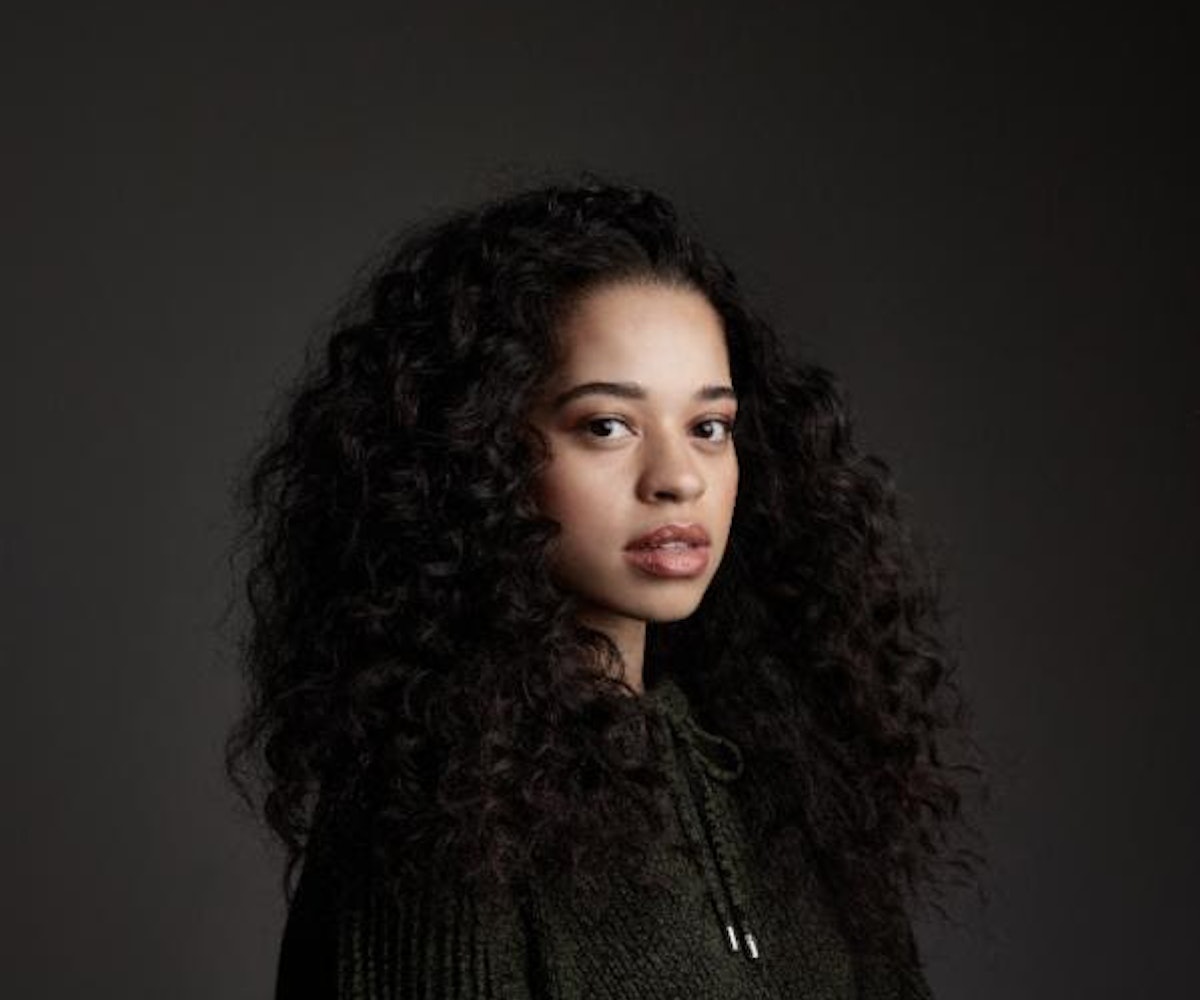 If you're an avid listener of Top 40 radio, you should be familiar with DJ Mustard. The producer has become infamous for the chorus of "hey hey hey" chants that are the backbone for some of the most popular songs that have charted in the aughts (think: Nicki Minaj, Tinashe, and Iggy Azalea). So imagine how special Ella Mai must have felt when the producer scouted her to sign on his label 10 Summers Records.

The 22-year-old was raised by her mother in South London with her brother before they all moved to New York when she was in the eighth grade. Though she moved back to London after she graduated high school, Mai is now based in Los Angeles. Prior to being signed, Mai released a series of song covers on YouTube.

Mai already has three EPs to her name, but she's hard at work on another project with no confirmed released date. (She prefers not to hinder on her creative process with things like deadlines.) Mai is currently on tour with Kehlani, another breakout star on the rise to full-on music industry domination.

Get more familiar with the R&B singer-songwriter in the interview, below.

What kind of music were you listening to growing up?

My mom used to play a lot of music around the house, and I think that's where I get my inspiration from. She always used to play The Miseducation of Lauryn Hill over and over and over again. My mom's side of the family is Jamaican, so [my grandparents and my mom] used to play a lot of reggae in the house. And then soul stuff, like Erykah Badu and R&B, like Alicia Keys. My mom's a really big jazz fan—I'm actually named after Ella Fitzgerald, and my brother is named after Mark Davis—so she used to play jazz in the house, too. Then when Amy Winehouse came out, she was a big influence as well.

Were you always singing and writing songs, or did that come to you a bit later?

I've always been singing. Ever since I can remember, I've been singing. I used to go to a performing arts school when I was little, but I only started songwriting about a year and a half ago, so that's something that's quite new to me. It's something I've always wanted to do like every since I was little, but I wasn't quite sure of how I could get there, or if I could get there. I knew I could sing, and I went to school for singing, but I wasn't really taking it seriously until—as cliché, as it sounds—I had an epiphany and then I started songwriting. From there, I just knew like, "Okay, this is definitely what I want to do."

You're in the early stages of your career, but how has that transition been so far?

It's been amazing. It's quite hard to put in words because it's surreal sometimes, but it's been really good. I've moved to L.A. now, so I'm no longer based in London, which is a huge move 'cause I feel like London and L.A. are so different, but it's so productive for me to be out there around industry people. I know there's an industry in every city, but Mustard is also in L.A., so that helps. Now that I'm on tour with Kehlani, a lot of people come up to me after and say, "Oh, I didn't even know who you were before, but you were amazing, so I'm going to go home and listen to all your EPs." Stuff like that, it's really fulfilling.

What has your experience touring with Kehlani been like?

The tour's been great. It's been really, really good to go to all these different cities and experience the different energy that each crowd gives. As an opener, I wasn't expecting people to even know who I was, but in every city, I've had a really receptive response. I've had people singing along, so it's been really amazing.

You've been hailed as the new Breakup Queen, so how do you bounce back when someone disappoints you or breaks your heart?

You're so positive and your confidence radiates through your voice. Have you always been that way or did you have to overcome certain obstacles to get to that point?

I think I've always been this way, actually. I think it can help girls who aren't as confident; I hope they get that from my music.

I put out the three EPs in order to let people get familiar with me and my sound. I feel like [17 tracks] is enough content for people to really take me in and know what they're gonna get. I'm on tour now, and the next thing will be an album, so I'm working to get that out.

How long do you think that's gonna take?

I have no idea honestly. I don't want to put, like, a timeline on it or rush it... I don't want it to take years and years of course, 'cause especially with social media and people's attention spans, they can forget you very quickly. But with the exposure that the tour's given me, a lot of people will be expecting more soon enough anyways.

What are you the proudest of so far in terms of your career?

No one actually asked me that question before. I don't think I could actually pinpoint one exact thing, cause I'd say everything that I've achieved in the last year. I've put out three EPs in a year and put out three videos in that same year and grown my fan base from singing on Instagram to being an actual artist. I feel like I'm still the same person that I was, even though I'm experiencing all these different things. I 'd say the way that I've dealt with all of the stuff that I've achieved. That's a valuable one.

What is one piece of advice that you would like to give to young girls?

I know it's kind of hard being a girl, especially growing up in this generation with Instagram and all the different social media, and thinking that you have to look a certain way or dress a certain way, do your makeup a certain way, or even wear makeup at that. I'd say just make sure you're comfortable in the skin you're in, and if you're not, find the ways that make you comfortable. I think a lot of girls also listen to their friends and all of that stuff. Of course everybody else's opinion matters—we're all humans—but at the end of the day, some things can get to you. Just be true to who you are really.

Since you're in L.A. now, have you sort of fallen into any of the trends like juices, matcha, or anything else?

I wish I was into the trend of the juices and the gym! Everyone's so on their fitness, but I'm just starting to adjust to the L.A. lifestyle, so I haven't got into any hobbies or anything out there yet. I've literally either been in my apartment or in the studio. One thing I won't ever get into is sushi. Everyone in L.A. loves sushi, and I don't understand it at all. Living in New York is quite similar to London, so it was a bit easier for me to adjust. In L.A. you have to always be in car—you don't really ever walk anywhere. Even the simple stuff like that makes a huge difference, but I like it.