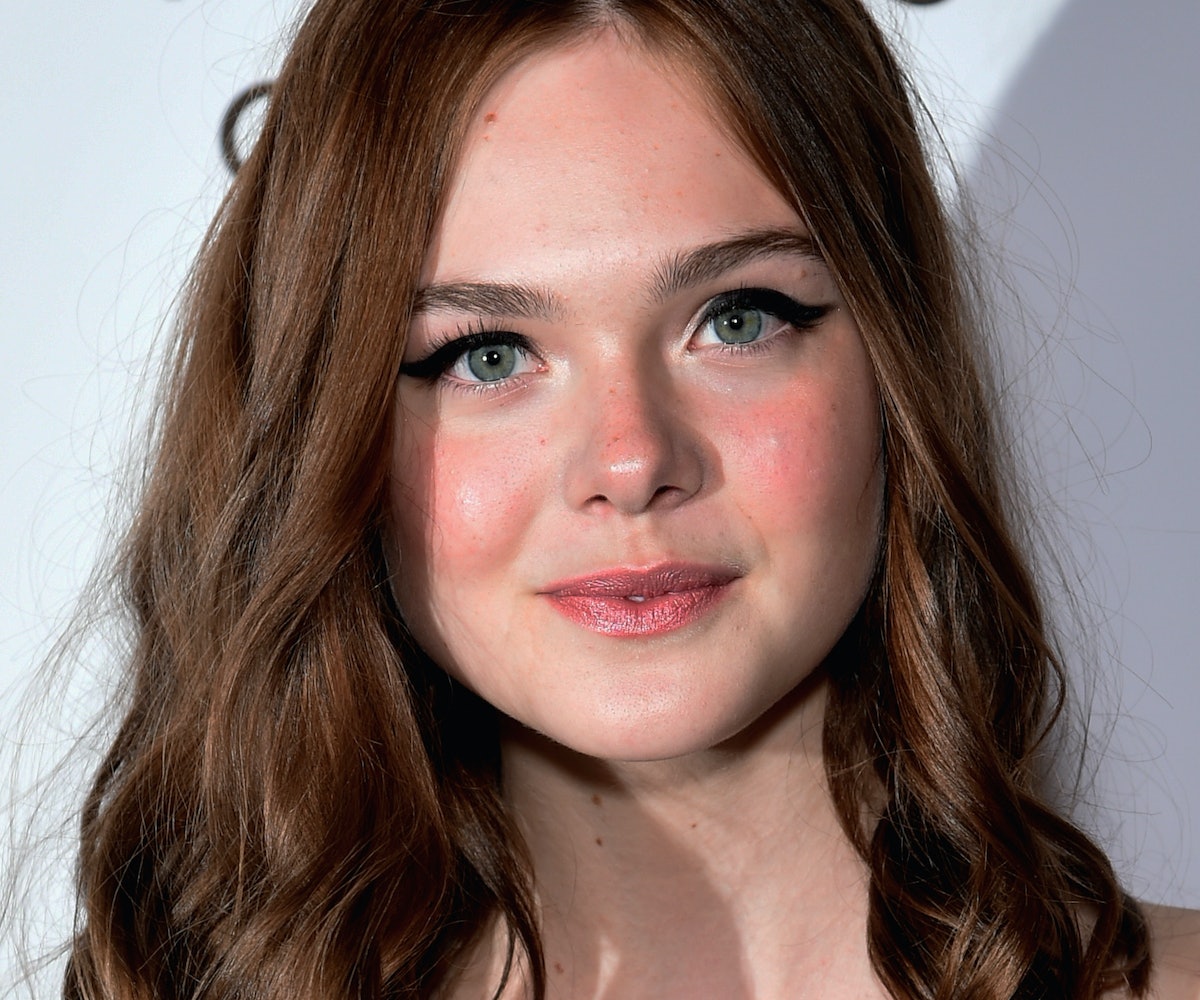 As the former face of Miu Miu and the star of Opening Ceremony's Spike Jonze-directed one-act play and music video, Elle Fanning is something of a style maven. The 16-year-old Georgia native never fails to charm us with her flawless personal style and serious acting chops. And while we've become accustomed to her girly signature look, the actress is mixing things up. After dying her trademark blonde hair a rich auburn just over a month ago, she is now commited to a buzz cut for her latest film.

In Three Generations, Fanning stars as a transgender teen named Jay, who transitions from female to male. Seeing as her previous roles in films like Maleficent and Ginger & Rosa heavily feature her signature long locks, this dramatic change has us thinking that this could be the teen's most defining role yet—especially given the film's groundbreaking subject matter. The androgynous look already makes Fanning look like a completely different person, so we're already thrilled to see her take on this new character.

While plenty of stars have been embracing shorter locks lately (hello Shailene Woodley and Kristen Stewart), we can't help but wonder if Fanning will choose to keep her major new look. And if she does, we can't wait for her to dole out some much-needed short hair styling inspiration.