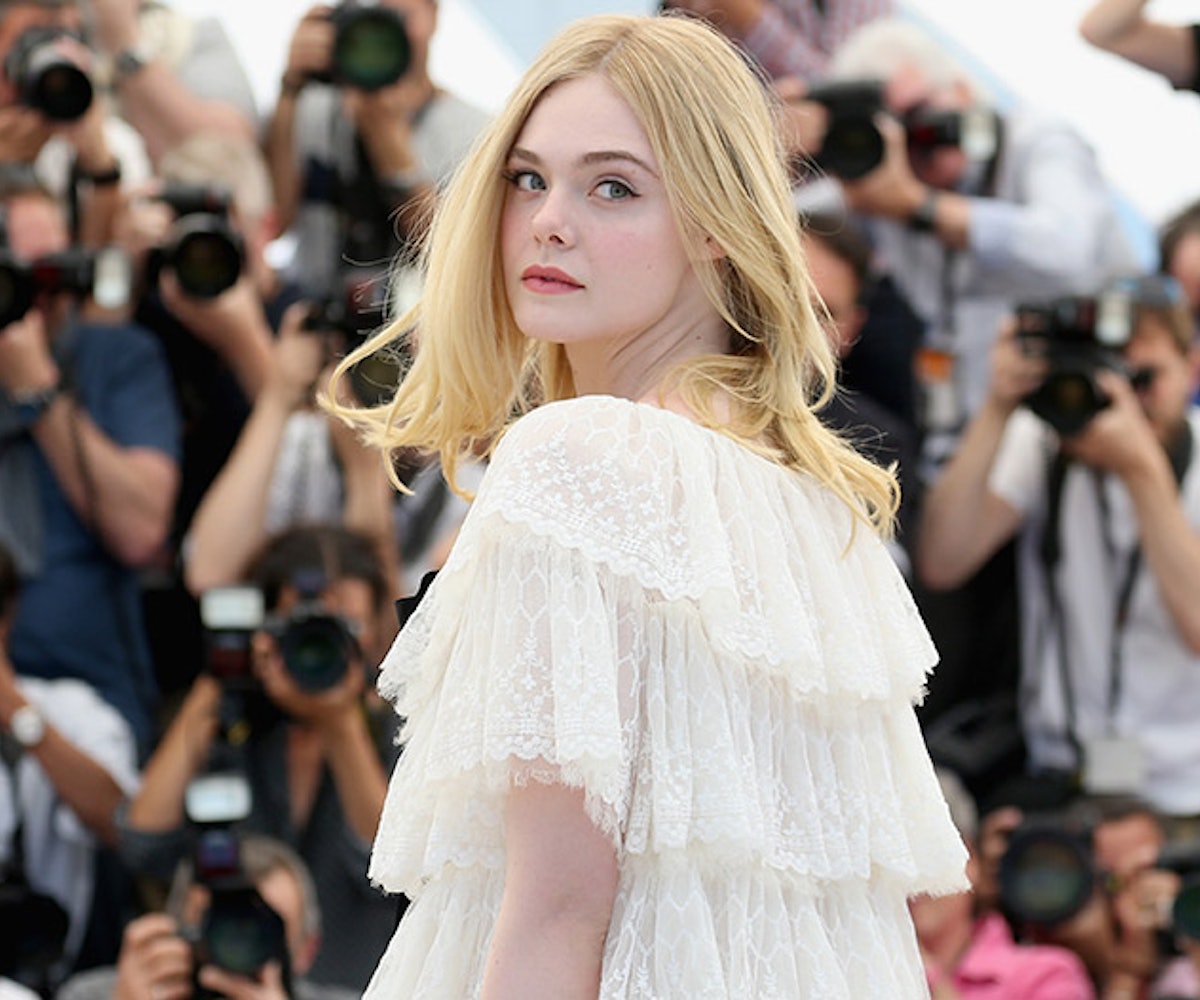 The flower crown is the pumpkin spice latte of the warmer seasons. Thousands upon thousands of pseudo-hippies weave, lace, and, more often than not, buy these dainty adornments for “aesthetic” purposes. They Instagram them. They Snapchat them. They can’t even in them. They’ve become so ubiquitous with pretty person debauchery that peak flower crown was reached the year Coachella decided to put a slew of EDM DJs on its top bill. (Seriously, what happened there?) Who’s going to save our soul the woodland princess’ accessory? Who will be the one to breathe new life into the once coveted look and, in turn, give us life?

Fanning, while at a photo-call for her forthcoming film The Neon Demon in Rome, wore a flower crown as precious as the fairy tale it looks like it was stolen from. This is what it would look like if Marc Jacobs’ Daisy perfume bottles were shrunken down to Polly Pocket sizes and strung together. It’s probably very expensive, but style is priceless. At least, that’s what I’m going to keep telling myself as I attempt making something similar with art school wires, pliers, craft store flowers, and some meager Pinterest instructional.