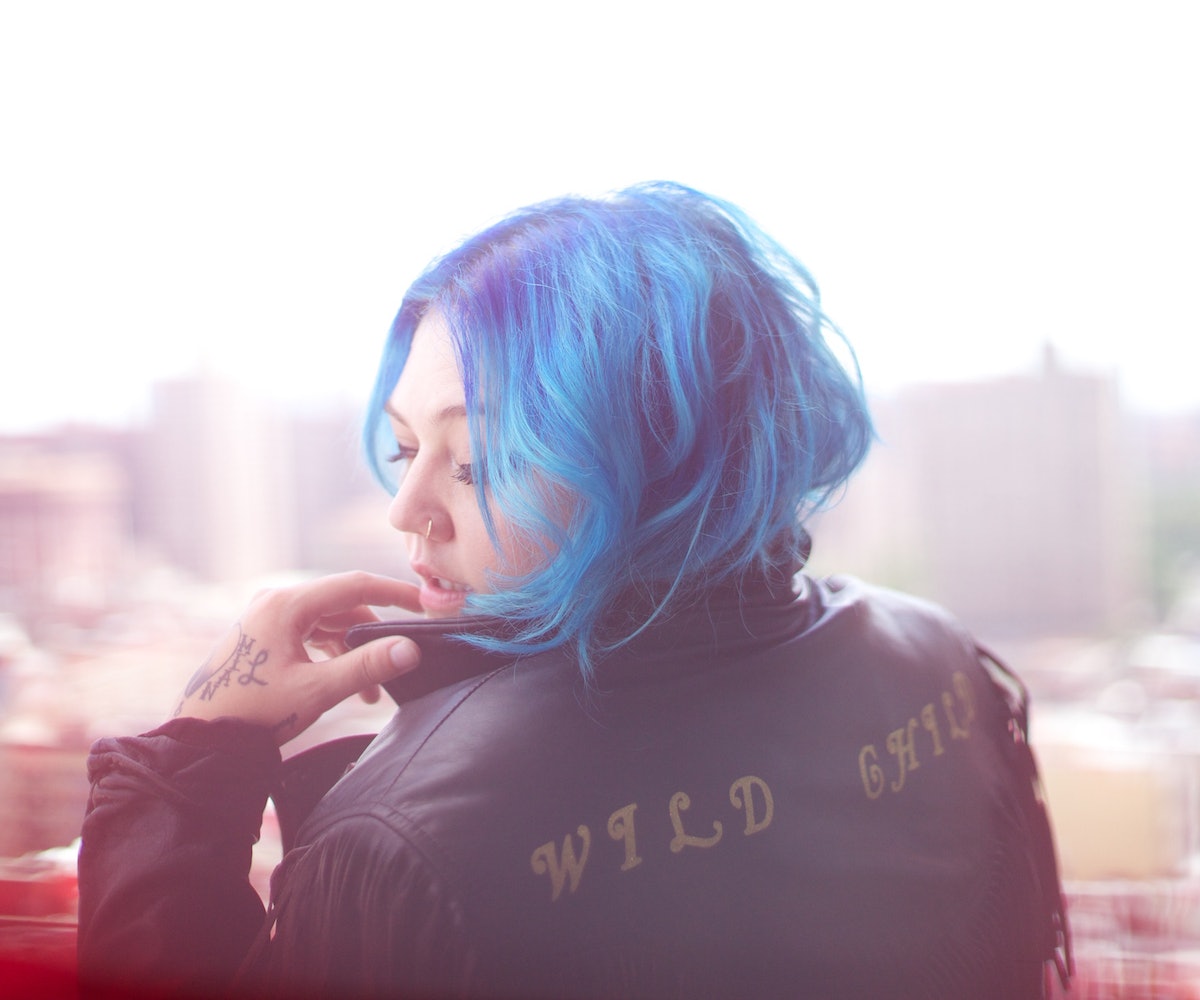 I’ve never seen someone light up a room quite like Elle King: The 27-year-old country-rock-pop singer bear-hugs me when I open the door to the Ludlow Hotel suite in Manhattan where we’re photographing her, grinning from ear to ear and clutching a sugar-free Red Bull as her big blue eyes (beneath matching blue hair) scan the room. “Do you mind if I have a cigarette really quickly?” she asks. This habit explains that charming rasp of hers, but the roughness in her voice is also a side effect from her performance just a few days ago at the Sturgis Motorcycle Rally in South Dakota, where she opened up for Lynyrd Skynyrd.

You probably recognize King from her Grammy-nominated song “Ex’s & Oh’s”—the first single off her album Love Stuff—which played nonstop on the radio and became a catchy, pop-rock girl-power anthem for women across the world (likely because it was based on true stories about three of her ex-boyfriends). Before we actually start talking, however, she kicks everyone out of the room. “Thanks guys, sorry, I get self-conscious,” she says. This seems strange considering that King had just been showing me a video of her and Dierks Bentley performing a duet in front of thousands of people at the CMT Music Awards (which aired to millions around the world), where she oozed nothing but confidence. The layers start to unfold.