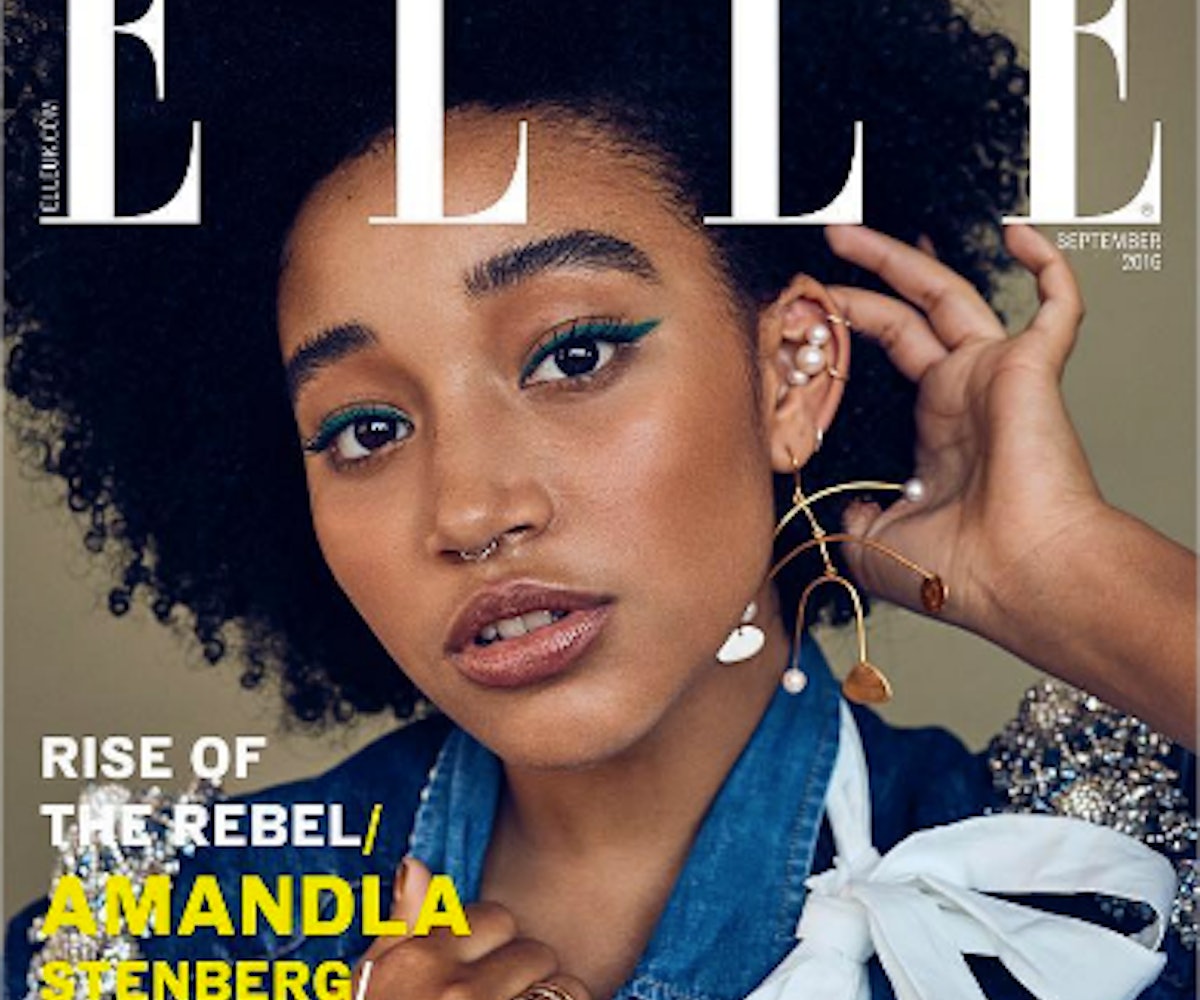 This September, to celebrate its new redesign, ELLE UK is publishing four special covers for its "Rise of the Rebel" issue. Not only are the covers stunning, but three out of the four celebrities featured are LGBTQ. One cover will feature Amandla Stenberg, actress and activist who's spoken out about cultural appropriation, intersectional feminism, and bisexual erasure. Kristen Stewart, the "Hollywood non-conformist," ELLE writes, will have her own cover. Stewart was Nylon's cover star last September, when she said, in reference to her sexuality, “Google me, I’m not hiding.” The third cover will feature Hari Nef, a transgender model and actress who appeared in Transparent—and the person who made it cool to wear actual pajamas out of the house. This is Nef's biggest magazine cover to date. And the final cover belongs to Zayn Malik, who ELLE calls "The Popstar Refusenik." This is Malik's latest fashion magazine shoot since his Vogue spread with girlfriend Gigi Hadid.

We're so excited to see these openly trans and queer artists and activists being celebrated by a major fashion magazine. Keep it up, ELLE. Check out the amazing covers below.