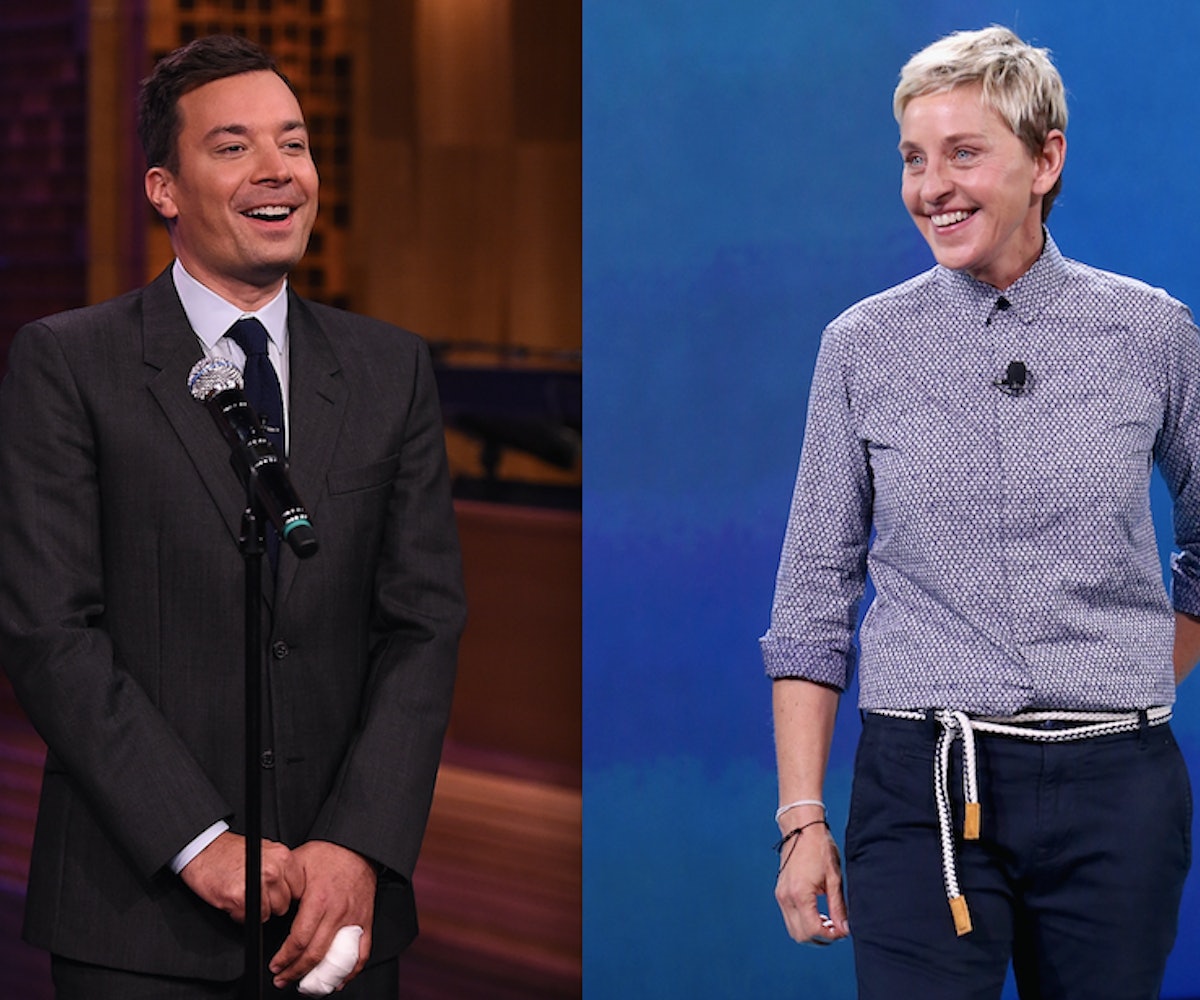 On Jimmy Fallon’s latest lip sync battle, it was talk show host vs. talk show host as Fallon went head-to-head with Ellen DeGeneres and the grand prize was Justin Timberlake’s approval. The battle was a close one, with Fallon tackling The Killers’ “Mr. Brightside” and Silento’s “Watch Me,” while DeGeneres mouthed along to Diana Ross’ “Do You Know Where You’re Going To?” and Rihanna’s “Bitch, Better Have My Money.”

It was a close call, but when DeGeneres performed ”BBHMM” with the swagger of a Rihanna impersonator, the crown was hers. Fallon even slipped some bills to Timberlake following his first performance, but Timberlake ended up handing the cash to DeGeneres after she left the stage with an epic mic-drop. Watch it above.