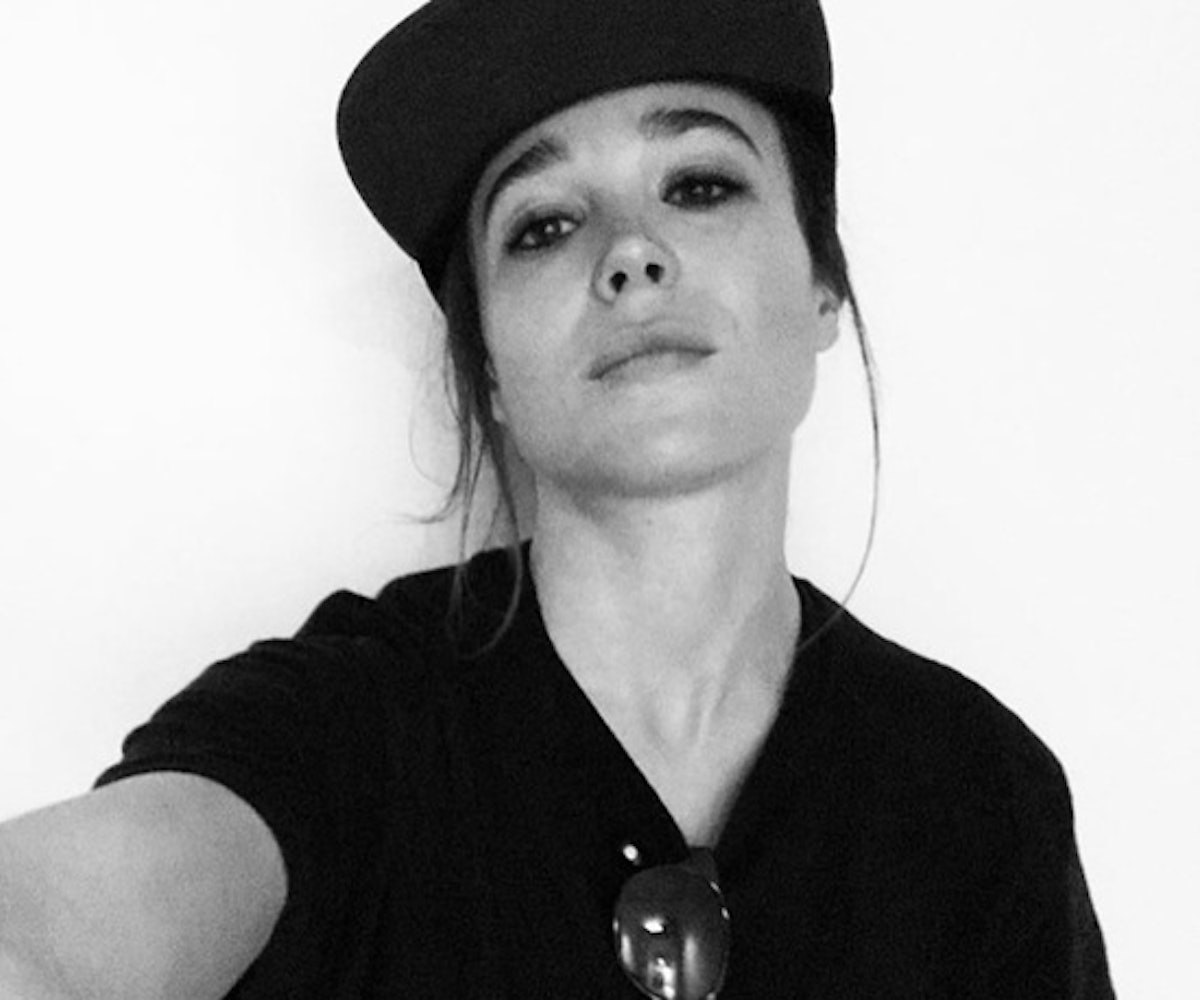 In an interview with Bustle, Ellen Page admitted that she regrets a homophobic joke in the 2007 film Juno. "It wasn’t something I totally registered at the time," she said, "but, of course, now that I’m older I do." At one point, Page's character, a pregnant high schooler, rejects "Madison" as a baby name because it sounds "a little gay."

"So many movies I loved as a kid are just rampant with homophobia and transphobia and biphobia," Page said, "and I’m not excusing it by any means." In a recent table read of the Juno script for Planned Parenthood, Page refused to read the joke, according to Bustle.

The actress came out in 2014 and is now the host of Vice's Gaycation, where she and a friend, Ian Daniel, travel the world exploring LGBTQ culture in other countries.

In the interview, Page voiced frustration with Hollywood for not being more diverse. “There’s always that conversation that it’s changing, but sometimes I’m like 'is it?'" she said. "I think Hollywood can love to think of itself as the most progressive force, but… it’s not always that way."

She blamed producers for being unwilling to take risks. "I think the holdup is fear," Page said. "They want to make money. And there’s a lack of people [of color] hired in every single aspect of the film industry. It really hurts the industry and it really hurts film. We need more stories. We need more representation. We need more points of view."

Until the rest of the world catches up, Page will continue to create inclusive work. She recently co-produced My Days Of Mercy, which centers on a romance between two women, played by Page and Kate Mara. "I’m kind of interested in everything," she said. "I’d love to continue to produce. I enjoy that, and I’d like to learn more about it. I’d like to keep creating something like Gaycation."