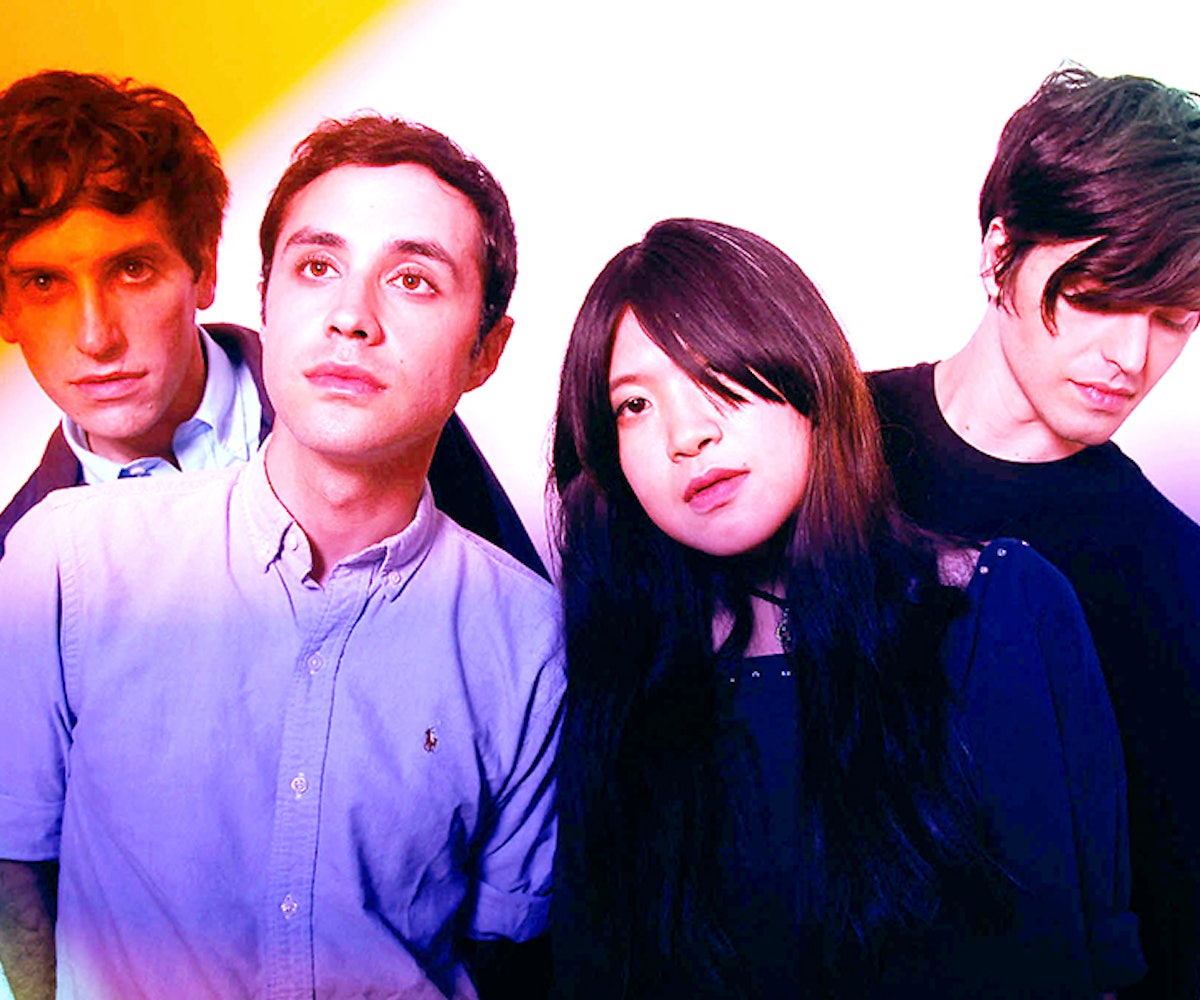 The Pains of Being Pure at Heart - "Simple and Sure"

Imagine, if you will, a meeting of "1234"-era Feist and "American Girl"-era Tom Petty, and you'll get an idea of just how much awesome is packed into the first five seconds of this latest single from Brooklyn's Pains of Being Pure at Heart. While listening, be sure to take a gander at the stunning cover art by Lee Jinju that graces Days of Abandon, out April 22. MELISSA GIANNINI

By this point, we're pretty sure you get how excited we are for the Divergent soundtrack to arrive -- it's the gift that keeps on giving. We've already shared

Well, now we're loving this I See Monstas remix of Ms. Goulding's "Hanging On." Full of rowdy 808s and heavy on the bass, the track bounces from start to finish, inducing everyone within earshot to jump up and get crazy on the dance floor. Almost unrecognizable, Ellie's breathy voice provides the melody for the song's epic crescendo of EDM-inspired beats about two minutes in. STEPHANIE LAM

You might want to do some stretches before hitting play on this latest single off Architecture in Helsinki's Now + 4EVA, out April 1. Rest assured that quirky funk is alive and well, thanks to this wacky band of Aussies. MG

This intriguing, minimalist curiosity courtesy of London's Cousin Marnie appears to come out of somewhere just beyond left field, but with a little research, one learns that she takes inspiration from equal parts Loretta Lynn and Kanye West, and it all makes so much sense. Home run! MG

DJ, producer, and co-owner of London's Night Slugs imprint Alex Sushon (a.k.a. Bok Bok) and Kelela (maker of last year's excellent Cut 4 Me mixtape) could start their own rhythm nation with this icy-hot collaboration that drips with so much ooey-gooey glitch and heart-stopping soul vocals it should include a warning label: Don't forget to breathe! MG