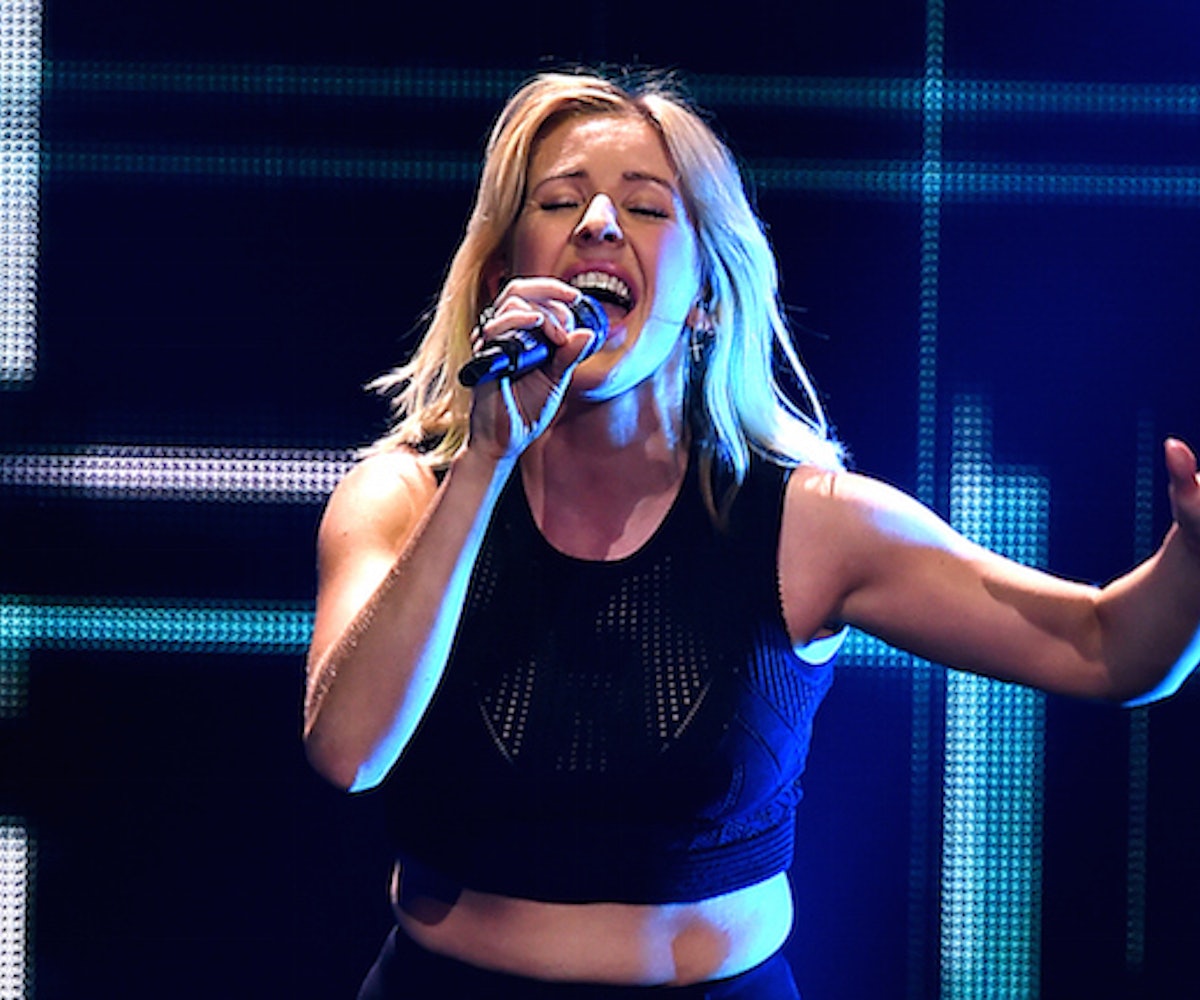 With a new year, it’s time to update your slow-jam, late-night, low-light sexytimes playlist. Loving to 2015’s best is so…well…2015.

Already, we have a contender for your updated trove of bedroom tracks, thanks to British sprite and recently announced Coachella performer, Ellie Goulding. Goulding, who knows her way around a sexytime song, just dropped a cover of Jaheim’s 2001 slow-jam classic “Just In Case” for your various purposes.

Produced by Jordan Evans, the gender-swapped track does a nice job of inverting the power dynamics of the original lyrics, making the song not only as hot as a sauna, but pretty empowering as well. Up-to-the-second sexual independence and slow beats that seem clipped from the ‘90s turn out to be a pretty solid mix. Listen for yourself (though be prepared to wipe the fog off your glasses).

Hot, right? No wonder Goulding—or her camp—tagged the Soundcloud post with #justforfun.

By the by, while we're staying warm and toasty thanks to Goulding’s latest, she herself is taking a late New Year's holiday in what appears to be the arctic. Witness.

It’s what you call irony and a nice change from all those celebs in tropical paradises we’ve been seeing splattered across Instagram in the last couple of weeks. Talk about your anti-pop-star pop stars. Stay wrapped up, EG! We need you to have all your 10 fingers and 10 toes for when we see you at Coachella.