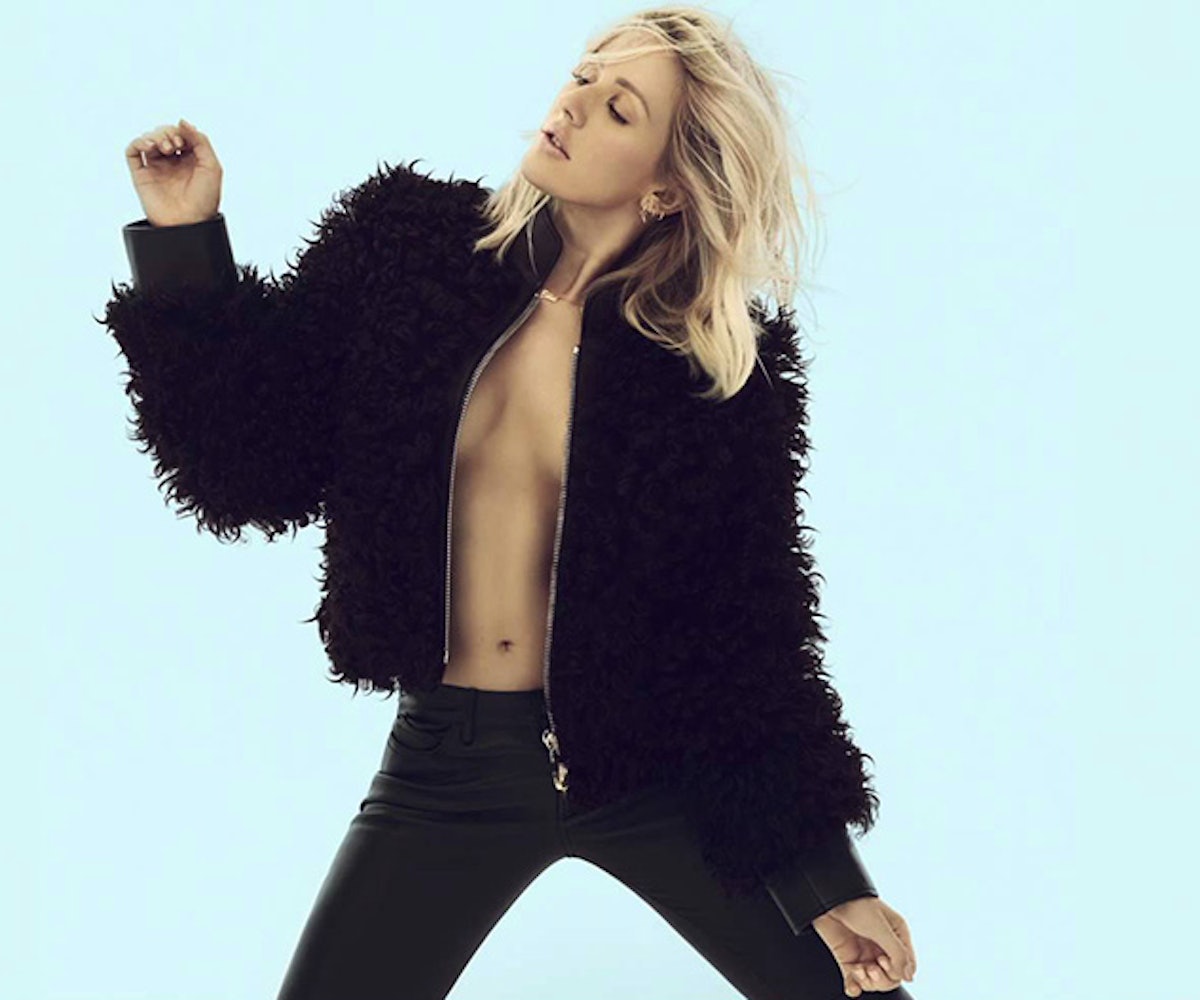 New Ellie Goulding alert! After teasing "On My Mind" on, Ellie Goulding has given fans the song they've been waiting for since "Love Me Like You Do."

This song is the first to be released from her third album Delirium, set to drop November 6. “A part of me views this album as an experiment—to make a big pop album,” Goulding said in a press release. “I made a conscious decision that I wanted it to be on another level.” Delirium comes nearly three years after her sophomore album Halcyon and since then, Goulding has definitely made a departure from her previous sound. Her previous songs have been characteristically classic dances, tune but this album marks the new pop era for Goulding. Delirium is the perfect album title, it consolidates Goulding's whirlwind ride to the top of the music industry as well as the many places this album was recorded and produced, such as London, Herefordshire, Sweden, and Los Angeles.

As for the lyrics, the lines about hotel rooms and tattoos have gotten people thinking this track is about her past relationship with Ed Sheeran. (His song "Don't" is apparently about her.) Goulding cleared the air to MTV and said, “People can read into it however they want. It’s fun to do that, I would do that too.” That doesn't really answer the question, but oh well. We'll be jammin' to this all day.