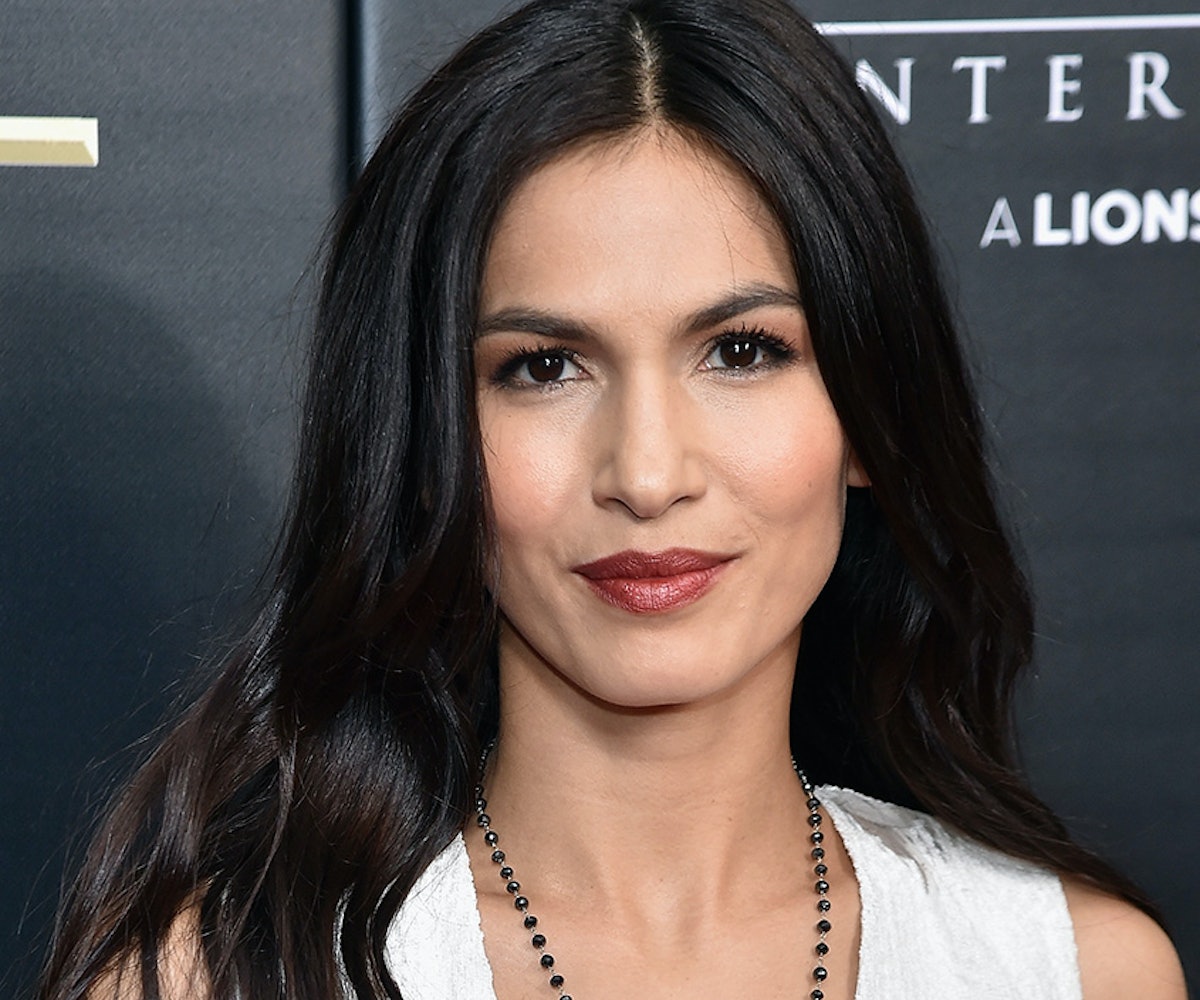 When Elodie Yung began the audition process for Netflix's Daredevil, she was already a fan of the show. But thanks to the secrecy surrounding Marvel projects, she had no clue the part she was gunning for was none other than Elektra, the sai-wielding assassin who most people associate with the big-screen version Jennifer Garner played in the early aughts. But the new season of Netflix's superhero smash presents a very different Elektra than Garner's cartoonish, leather-clad version. In season two of Daredevil, Elektra is a far darker figure, with Yung describing her as a "sociopath." It’s no surprise that the French actress booked the part of shadowy martial arts expert—she boasts a real-life black belt in karate. And to prepare for the role, Yung, who played Lisbeth Salander's lover in The Girl with the Dragon Tattoo and most recently appeared in Gods of Egypt, studied up on the original Elektra comics, diving into the moral ambiguity that makes Elektra such a fascinating character. We recently spoke to Yung about her mysterious character, the audition process, and joining the Marvel universe.

How is this version of Elektra different from the one audiences are most familiar with?

Well, I haven’t watched the Elektra that’s been portrayed before, so I really can’t tell you what the differences are—the fans would know better than me! We really tried to get the essence of the comics. You know Elektra as a killer, she’s been well-trained in martial arts, so there are all these physical aspects of her that we’ve tried to bring into Daredevil. What we tried to do is give her some depth, not that she doesn’t have it in the comics—she definitely does. But the writers had this idea that Elektra is a sociopath. She gets attached to people, and she kind of uses them as an object to get what she wants. We tried to show her weak point, which is the attachment or love that she has for Daredevil. So she’s not quite 100 percent a sociopath, I’d say.

How did reading the comics inform your portrayal of the character?

As I booked the job, I actually had no idea who Elektra was, to be completely honest. I never really read comics growing up, so this was a brand-new world that I had to discover, and it was very enlightening for me. I read the Daredevil comics and the Elektra comics, and it was fascinating to discover this world.

How did you find out you got the part?

I was in bed when I got the phone call. I got the call from Jeph Loeb, who’s the head of Marvel television, and he called me, and said, “Hey, it’s Jeph. I’m about to say three words that are going to change your life: welcome to Marvel.”

How did you celebrate?

I think I just went to a nice dinner with my boyfriend. I probably had red wine. I was just happy to go and enjoy the night.

What was your first impression of Charlie Cox when you first met and read together?

It was during the last audition—the chemistry test. We were doing the scene and improvising, and they gave us a few notes, and we were just enjoying ourselves. That was the first time I met him, and he was already filming the first or the second episode then.

Did you know you were auditioning for Elektra or was that revealed later in the process?

No! They’re so secretive! It’s so crazy. And because I didn’t know Elektra, I really had no clue, so it probably just went my way because I was freestyling everything. It can be hard when you have a strong idea of a character because you grew up with the character. I was a virgin—I didn’t have a clue. I just tried to have fun in the room with what I had in front of me, and those were just incredibly well-written scenes.

When did you figure out it was Elektra?

I knew it for the last round with Charlie because they called me and said, “We have to ask you this question before the final round: do you know Elektra?” And I said no. Then I had to do my homework. For the last round, I knew the character they were looking for, and I could tweak stuff from what I was doing before.

And you were a fan of Daredevil before you auditioned for the show, right?

Yeah, I was lucky because I’m not usually into superhero movies or comics, but because I have Netflix I thought, okay, and I just watched it. That was way before the process. I was watching the series and really liked it, so I was even more excited when they offered me the part.

Was it surreal joining a project that you watched as a fan?

A bit, yeah! It had never really happened to me before. It’s a mix of things—it’s a great show that I’ve been watching so I’m so glad I’m on it, and this character Elektra is such an incredible, strong female character. I felt so lucky to get the part, and I hoped that I would fit with the group of people because they’d been filming for a year already. Season one was already under their belts. I was hoping it would be a good match, like the first day of class, and it was great. Everyone on the show is very nice and very professional, so it’s a dream job.

How stunt-heavy was this part? Did having a black belt help with the physical challenges of the role?

It definitely helped for the action. The show is packaged as an action show, but I’d say it’s more 90 percent drama and then 10 percent big action scenes. And we were filming at night. So doing that for three, four months, it gets a little hard on you. You have to have to have a good lifestyle, and eat well and train well so you can do the choreography and fight. Being a black belt helped me, though I’m a bit rusty to be honest, compared to when I was 15.

What kind of training did you have to go through to master Elektra’s trademark sais?

I trained with my stunt double, Lauren Kim, who had to learn how to move the sais, so in our time off, we’d go in the gym and learn how to do the choreography with these weapons, which isn’t the easiest thing to do.

You said that Elektra is written as a sociopath—does that mean you tried to portray her with little emotion?

Yeah, but she’s a sociopath within the Marvel world. So the writing would lead to things I can’t really say—the plot and such that I can’t really talk about here—but we thought she kind of grew up in a cult, and she’s been trained to do one thing her whole life. She doesn’t get attached to people that easily, and then Matt comes into her life and changes something in her. Then she decides to come back into his life, and this is where we meet her in season two.

If Daredevil is a superhero, then what is Elektra?

I think she’s seeking for who she is. We have an arc already in the season, so we see her evolving. I wouldn’t say she’s a bad girl, but I wouldn’t say she’s a good girl. She isn’t a superhero because she doesn’t have superpowers. She’s extremely good at martial arts. She’s a trained killer. So she has extraordinary physical abilities. There’s something that I kept thinking about her during filming that Frank Miller said about her: her problem was not that she was a good girl or a bad girl, but she was one of the villains with a weak streak in them. And that’s the perfect way to describe her. She’s in the gray—not black or white, not good or bad.