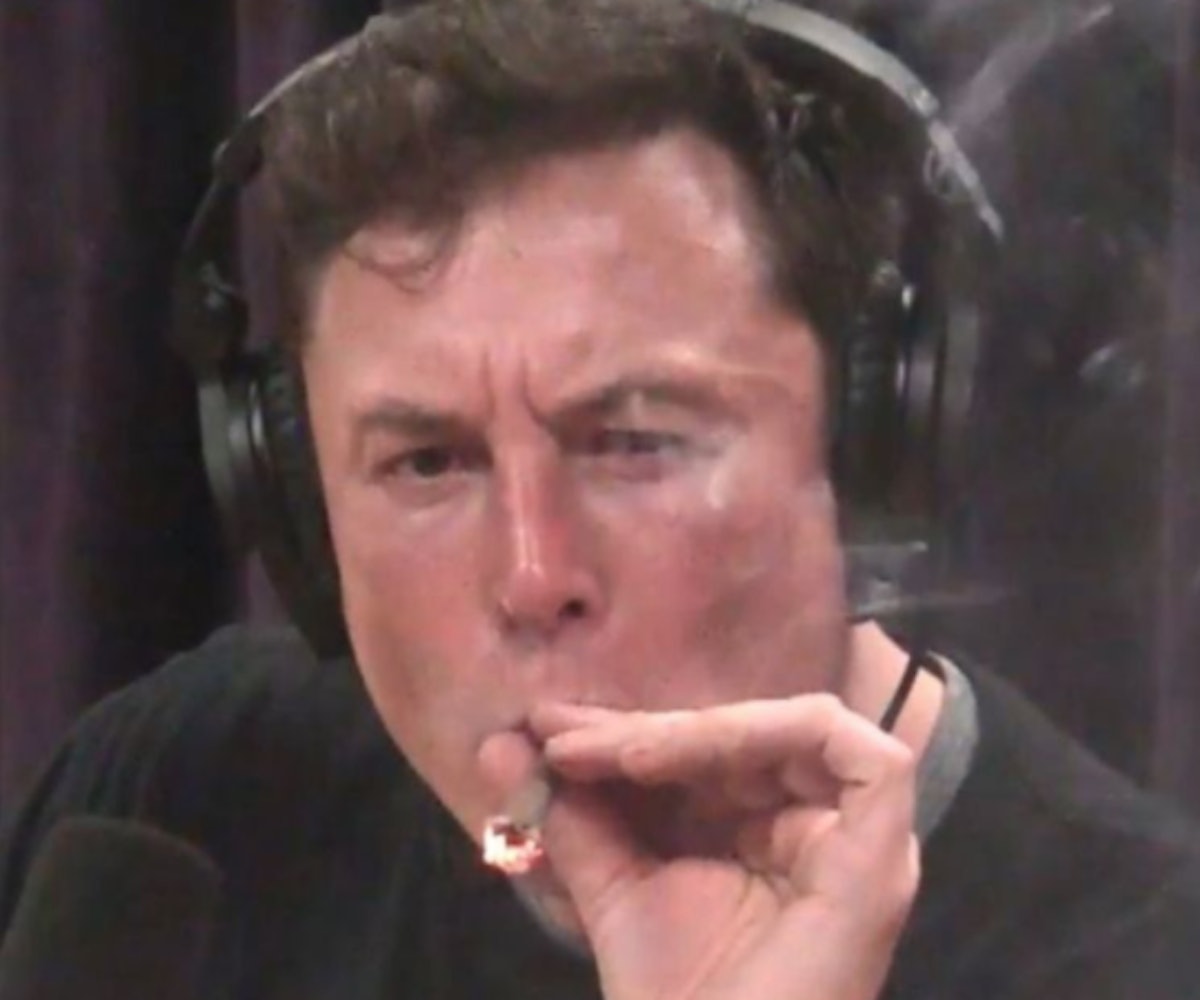 In case you haven't been online today, Elon Musk set the internet ablaze by smoking weed and drinking whiskey during an interview, and the reactions are amazing.

According to CNBC, Musk surprised viewers by taking a hit of comedian Joe Rogan's joint during a live-streamed interview (in California, where it's legal). Not only that, but Musk also confessed that he's tried a joint "once." No word on whether or not that one time was when he said he wanted to take Tesla private at, erm, $420 per share.

Again, "once" was definitely the operative word in this situation, not to mention something beautifully exemplified by Musk's excellent toke face. Obviously, the internet has wasted no time in clowning him.

Honestly, the biggest takeaway from all of this? Did Grimes not tell him he needs to inhale? To get to the bottom of this, we've reached out to her team and will update this post as soon as we hear back.