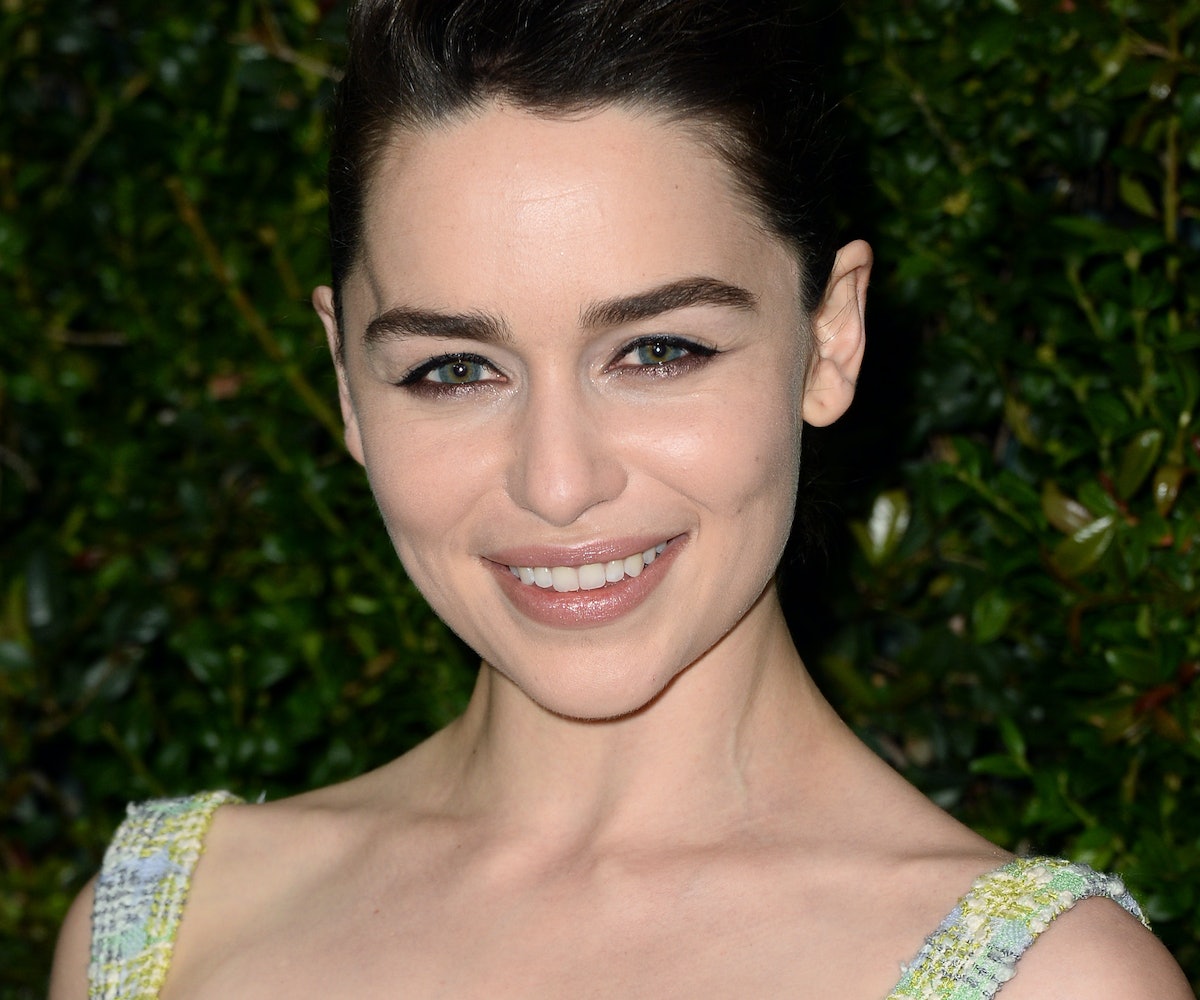 Alchohol often serves as a dose of liquid courage for mortals. But it turns out that even famous faces, like the Game of Thrones star Emilia Clarke, use that trick from time to time. When the actress appeared as a guest on The Ellen DeGeneres Show, she told the real story about her experience as Esquire's Sexiest Woman Alive last year. Apparently, the actress isn't a total pro at channeling her seductive side, and what better way to kill your nerves than to drink them away, right?

"Doing those kind of sex scenes on camera is one thing, but doing it as yourself, I need alcohol to do," she said. “They just kept giving me vodka... That’s me drunk. That’s me Photoshopped and drunk.”

The fact that she was drunk and could pull of professional modeling is very impressive. (Whenever we, mortals, indulge in one too many hard beverages, we take some of the world's most embarrassing selfies on Snapchat.) If you're in need of a refresher, here are some of Clarke's best shots. Bottoms up.