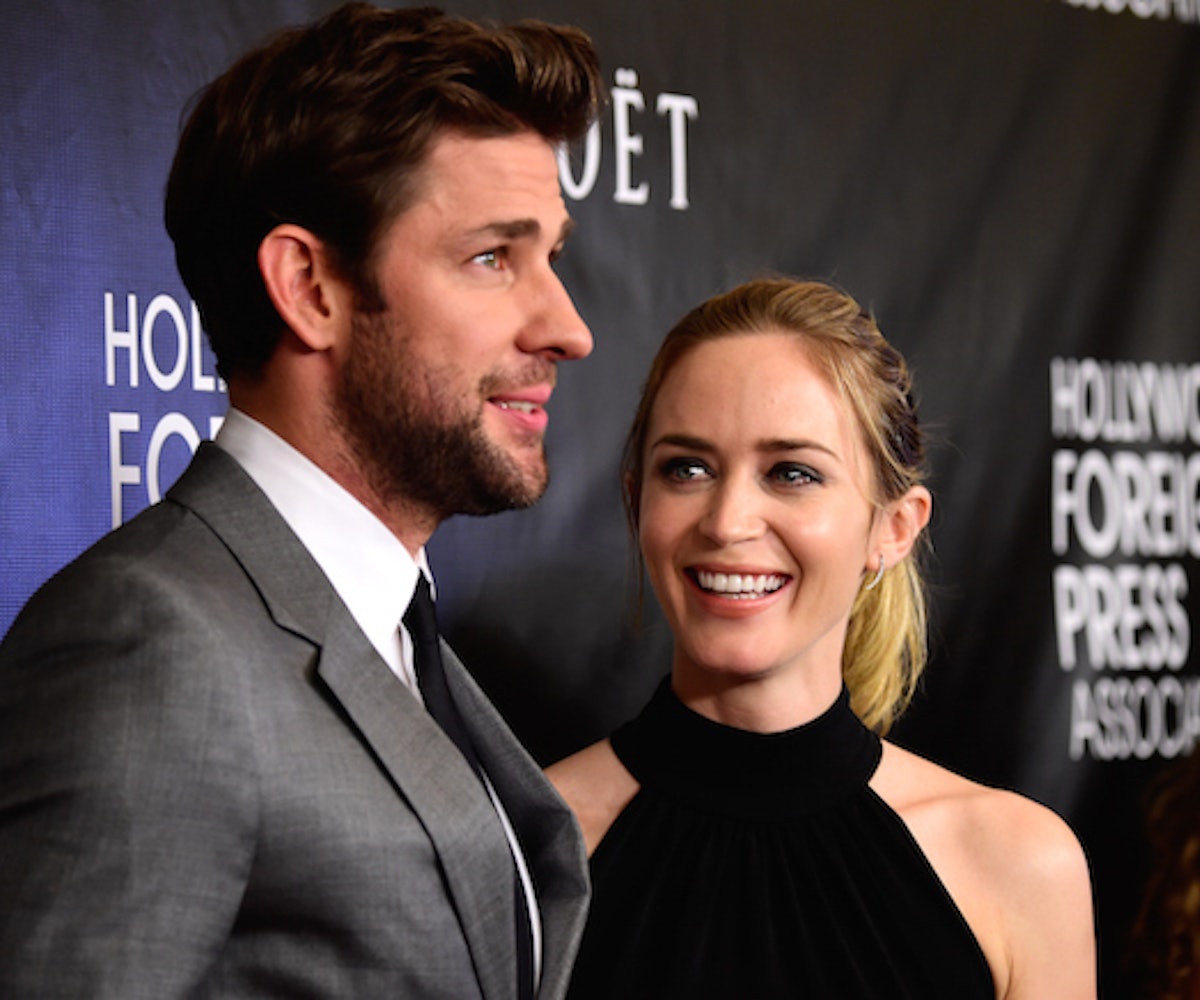 Yep, there’s another little person in the works for one of Hollywood’s most adorable, funny couples. E! reports that Emily Blunt (aka Emily from The Devil Wears Prada) and John Krasinski (aka Jim from The Office) will soon welcome their second child later this year. The couple were married in 2010 and followed that up with their first child, Hazel Krasinski in 2014.

As E! mentions, despite being fairly high-profile, the duo have kept young Hazel away from the cameras and out of the headlines, which is kinda how we would go about it if we were one half of a famous, deeply attractive couple. Kudos.

NEXT UP
Entertainment
Hailey Bieber Says "It's All Love" Between Her And Selena Gomez
Entertainment
New 'Emily In Paris' Photos Tease A Romantic Season 3
Entertainment
Paul Mescal & Emily Watson On The Quiet Depth Of 'God's Creatures'
Beauty
Olivia Cooke’s Beauty Evolution, From Indie Ingenue to ‘House Of The Dragon’ Queen