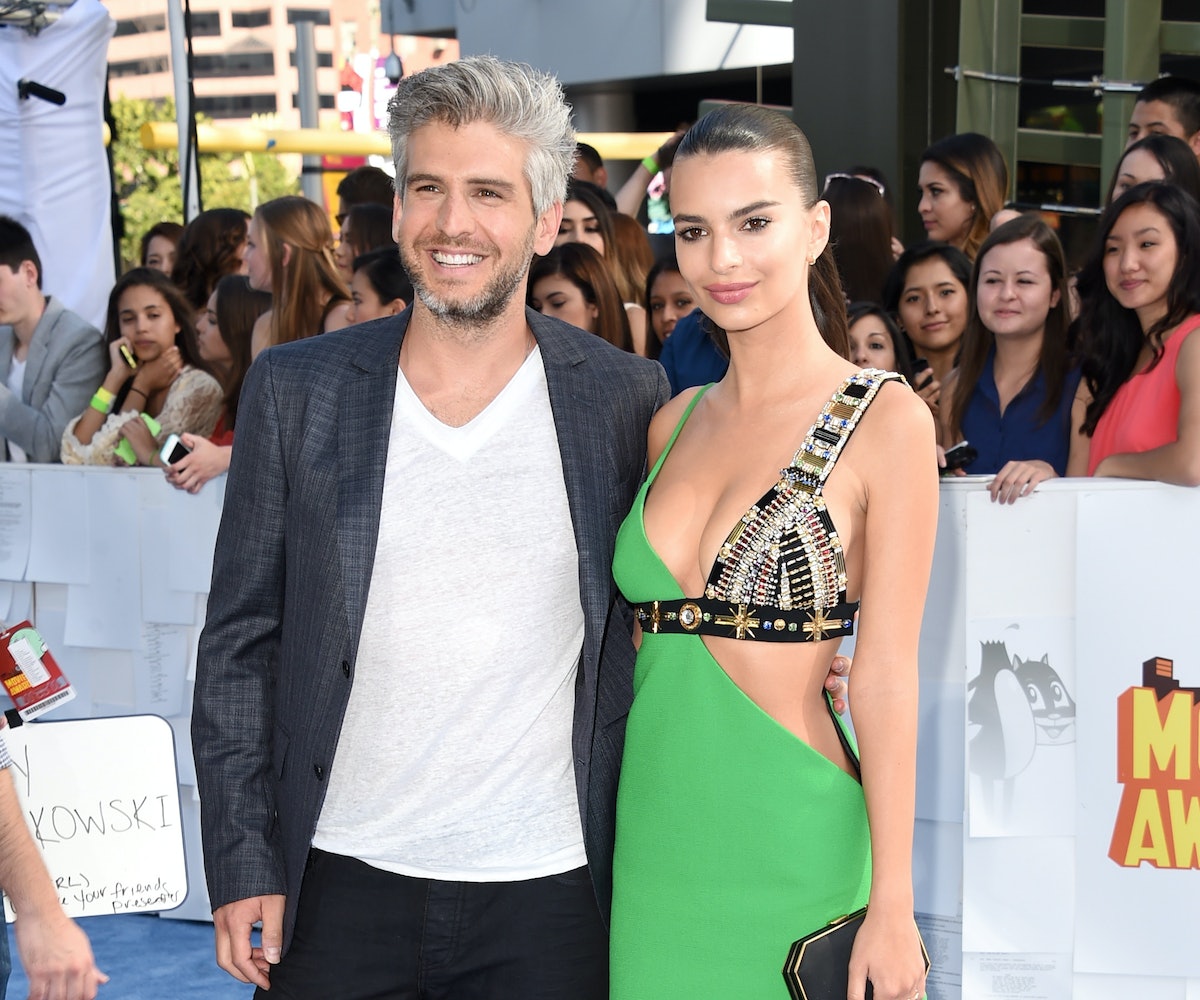 In the last few years, EDM has risen to become a cultural force, with its euphoric music and the festival culture that surrounds it helping to define the millennial generation.  So it's no surprise that a movie like We Are Your Friends explores a particular millennial struggle through the lens of EDM culture. Directed by Max Joseph and starring Zac Efron as an aspiring DJ and Emily Ratajkowski as the woman who steals his heart, the movie uses EDM and DJ culture as a backdrop to more universal themes like ambition and the uncertainty of adulthood. To get a better idea of what went on behind the scenes, as well as the vision they have for the film we spoke with Joseph and Ratajkowski about the process of making the movie.

The cast is very young and the movie is about a millennial generation. How was it to work with such a young cast?

M: So what was kind of great about the cast and the crew in general—and I was one of the older people on the crew at 32—is that everyone knows what the movie is about, even if they’re not into electronic music or EDM or art from the Valley. Everyone got the movie. It helped make everything authentic across the board, and people could bring their own experience and their own references to it, especially the actors.

E: Yeah, it was definitely cool to be making a movie about a generation with people from that generation. It was a small set, and there wasn’t a ton of time to shoot so it was a really high energy film experience, which made it fun.

For your role as Sophie, how did you interpret that character? Were there any parts of that role that you identified with?

E: I totally identified with Sophie. She doesn’t know what she wants, and that’s what I like about her. She doesn’t really know who she is, she’s got lots of contradictions, and I like that her arc isn’t so much about her finding what she wants and achieving all of her dreams, but instead, it’s about really difficult decisions and giving up the comfortable parts of her life to sort of take the steps to figure out what she wants to be. That’s something I definitely relate to, and I hope a lot of people can.

How was it working with Zac Efron?

M: Zac is great. The role of Cole on the page is very undefined compared to the rest of the characters, so it was always a bit of a mystery as to how this was going to work. But if you get an actor like Zac who has tons of charisma, he doesn’t have to be the loudest in the room or say the most to really carry the scene. Especially in the group of friends who are really loud and colorful. But professionally, Zac has been on way more sets and made way more movies than I have, and he’s hardworking and professional and very enthusiastic and positive. I couldn’t have asked for a better collaborator.

E: Yeah, he worked super hard. This was a different kind of role for him, and I was really impressed by what he brought to the table.

There must have been a ton of fun moments on set because everyone in the crew was around the same age. Do you guys have a favorite moment that comes to mind?

E: I have one. We had a very important scene, which was a really emotional scene for Sophie and her relationship was kind of falling apart, and we could only do four takes, or something. The fire marshal was literally going to shut us down, and we only had four birthday cakes, which, in the process of the scene, get destroyed. So we shot the scene, and everyone was kind of nervous about it. To celebrate, we all ate the cakes, and by then it was like 1:30AM, and we had all been shooting a 15-hour day—it was crazy. Now it’s sort of a tradition, and when it’s one of our birthdays, we give each other the same kind of cake.

How do you want someone who may not necessarily be interested in EDM to approach this movie and what do you want those people to take away from it?

M: I think making electronic music isn’t much different from writing a book or painting a picture or making a film. It’s a creative process, and it’s an art form. It just so happens that the tools you are using are electronic, but I think that everyone can understand that, especially now. Everyone’s on their phones, and everyone makes things with the aid of some electronic tool. Electronic music is no different. I hope that people would come away understanding that it’s an art.

Before shooting the movie, were you interested in EDM at all?

E: I feel like everyone has more electronic music in their lives than they realize. People think of EDM as this rave culture they’re not connected to, but I’m sure you listen to Daft Punk and Justice, and I wouldn’t immediately connect that with EDM, but it’s definitely a part. And I think with the rise of festival culture, you definitely have more people being exposed to dance music. Now electronic music is in all different kinds of genres, like pop and hip-hop. I really love Austra and Purity Ring, which are bands that aren’t EDM but definitely use electronic music. Even pop songs these days will have the same structure as a good EDM song, with heavy drums and then it builds up, and you have all these DJ’s like DJ Snake and DJ Khaled. They’re all on these pop songs with like Taylor Swift.

How do you feel like the backdrop of the EDM culture helped to further convey the message of the movie?

M: When we were trying to figure out what kind of story to tell, we could have just told a story that was really self-contained about electronic music. It could have taken place at a festival and just been these people going to a festival, but I think the angle into it was important to find. In the spirit of other coming-of-age films set to music, like John Hughes’ movies or Saturday Night Fever with disco or Mean Streets, which used the Rolling Stones and ‘60s rock, we wanted to tell a coming-of-age story that was more universal and accessible to people, whether they liked electronic music or not.

E: It’s interesting how with storytelling, sometimes the more specific you are about a culture or a place, the more relatable it is. That’s the magical thing about storytelling and art.

Do you think the movie will serve as a cultural marker for 2015?

M: Well, I think it would be a bit immodest and premature to say that.

E: But I think it definitely tells a story about a specific time and place that are contemporary. There’s not a lot of other films that do that so specifically and carefully.

M: I just hope it connects with people, and they find some truth in it.

We Are Your Friends hits theaters tomorrow, August 28.