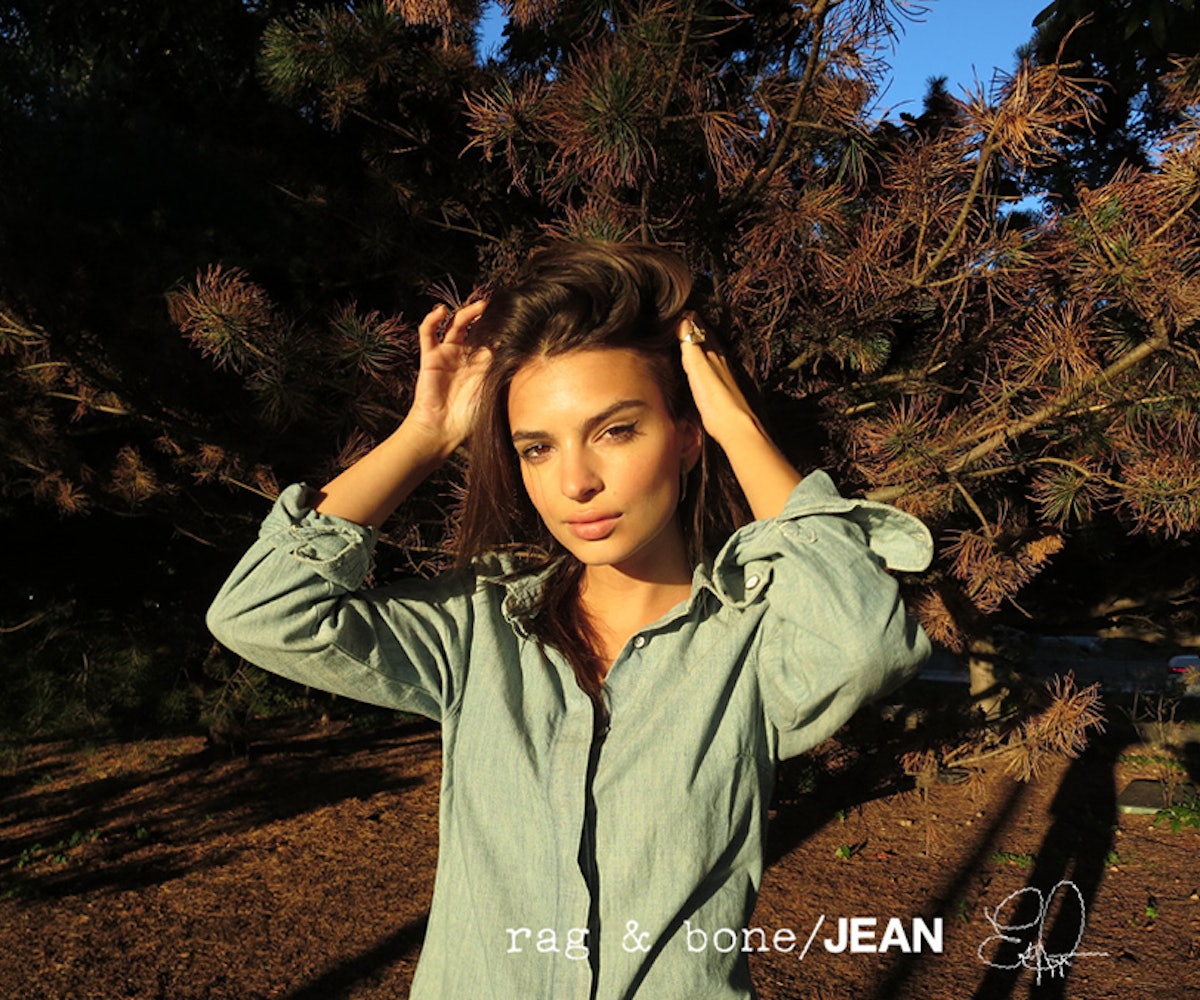 We don't want to say we called it... but we called it. After seeing model and actress Emily Ratajkowski in the video for "Blurred Lines" we know she was on the cusp of making it big time in fashion and film. That's why we chose her to be one of just 11 girls we christened It Girls in our October issue. Since then she's scored a starring role in Gone Girl beside Ben Affleck, and just this morning became the latest in a string of supermodels to participate in Rag & Bone's D.I.Y. Project.

In her photos, Ratajkowski poses in her apartment in double denim (we told you it was cool!), with her dog, and kissing a gargoyle on her balcony. She then hits the Christopher Street Pier for some sunset shots and managed to snap a couple selfies in the desert too.

See all our favorite pics in the gallery below, and check out all Ratajkowski's photos on Rag & Bone's site.