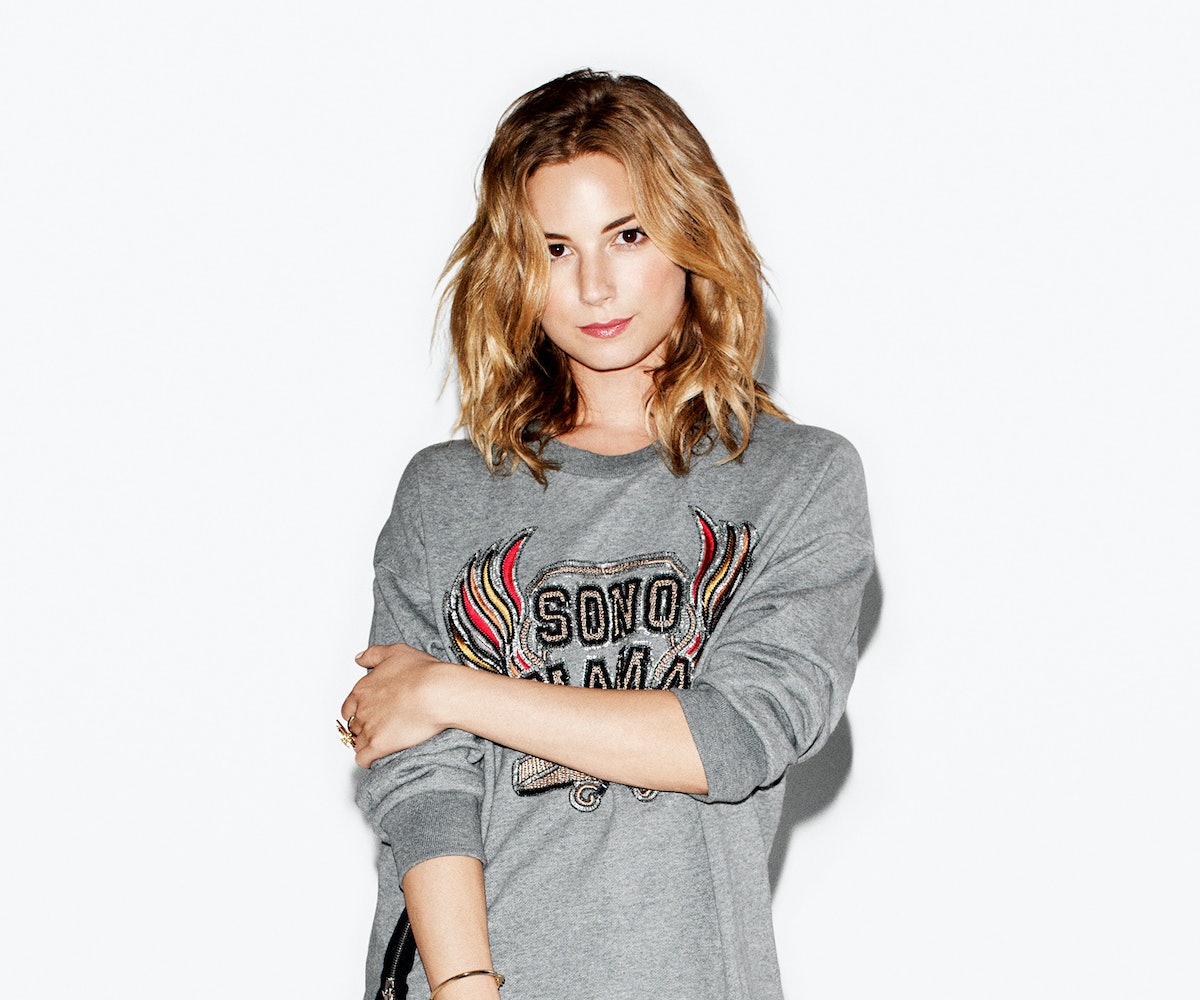 As anyone who's ever settled in for a night of Revenge will tell you, this show isn't one you can easily leave behind as soon as the episode ends. Between the twisted dark Hamptons scandal, near-constant love triangles, and its characters' sketchy pasts, the addictive ABC drama reels you in and stays with you long after it's over--and we have the series star Emily VanCamp to thank for that.

So it's only fitting that the actress graces the cover of our TV Issue this September. You'll have to wait a week for it to officially hit newsstands--and another month until season three of Revenge premieres--but we've got sneak peek quotes from writer Phoebe Reilly and exclusive outtakes you won't see anywhere else. Yes, it's definitely worth tuning in for.

On her big break with Revenge:

"They could've hired someone with a bigger name and banked on that. They took a chance on me, and it's brought on a whole new collection of opportunities."

On being hounded by the paps:

"It should be illegal for people to stalk you with cameras. It's really invasive. How do you enjoy a moment? I see how people spiral out of control."

On being typecast as the girl next door:

"I wouldn't have labeled myself that way. I just think I had the look to play those characters. I was a good kid, but I definitely had my moments of rebellion."

On living it up as a teenaged ballerina in Quebec:

"People were very free there. We would go to bars sometimes. I think about how old I was at that time. How on earth were we able to get into these places?"

"I felt like I was stuck in a rut playing the same thing. I promised myself after leaving [Brothers & Sisters] that I would only do something that made me happy, that excited me, that was different. I wasn't going to compromise my creative integrity just for money, or to stay relevant."