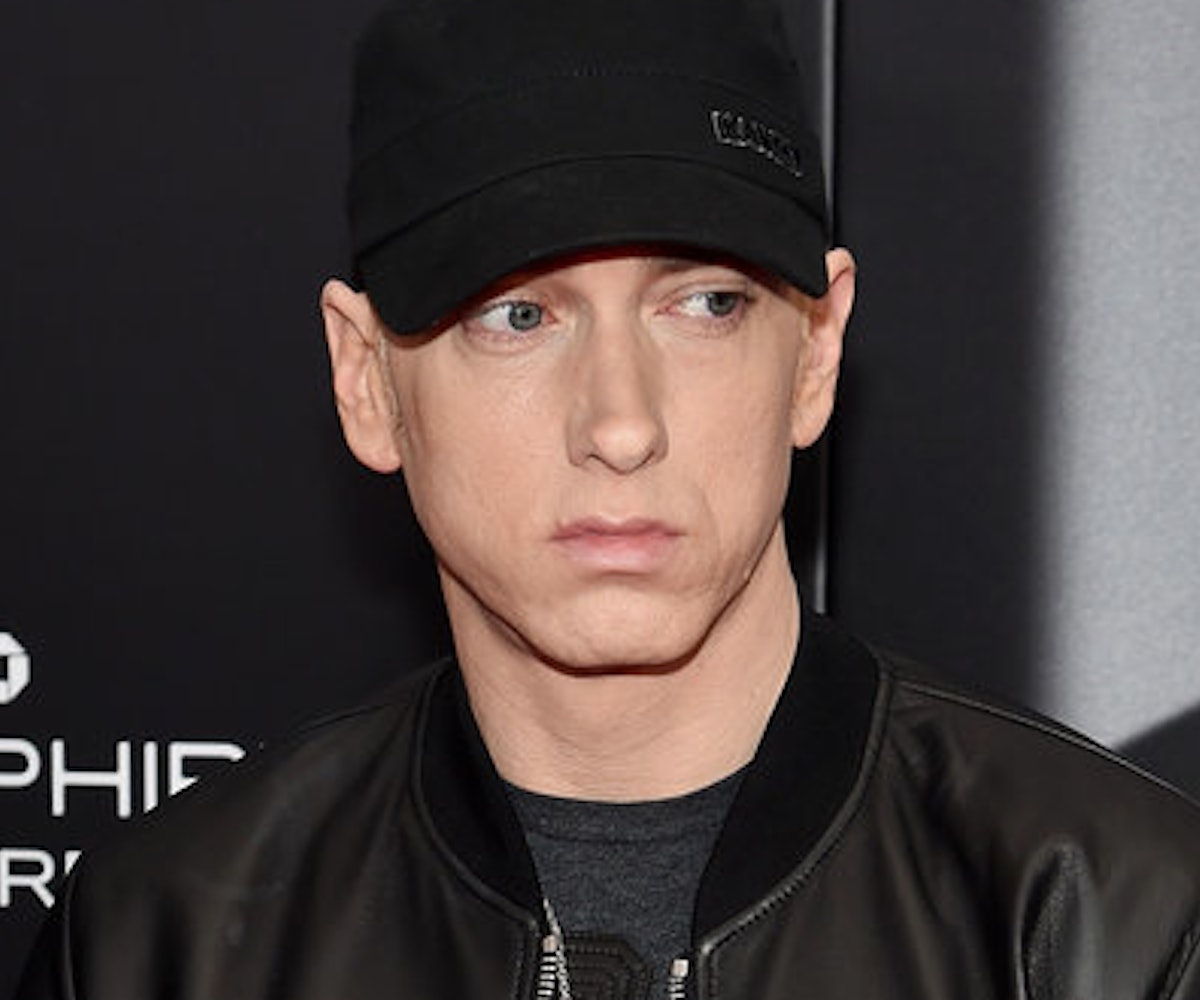 Eminem’s latest project, Revival, was released less than a week ago, but people aren't focusing on it much. Instead, many are now speculating about his sexuality. In a recent interview with Vulture, the rapper discussed a myriad of things, including his feelings about Donald Trump, his new album, and how he deals with critics. But one small portion of the interview quickly went viral when Em casually admitted that he's used apps like Tinder to score dates, but that he also used Grindr, a gay hookup app, to meet people, as well.

"Since my divorce I’ve had a few dates and nothing’s panned out in a way that I wanted to make it public," he said. "Dating’s just not where I’m at lately." When asked if he met people on Tinder when he was out in the dating world, he says: "I mean, yeah." When probed further about whether he was "serious" about using the apps, he admitted he was, and laughed before stating he also used Grindr and went to strip clubs to meet people, too. The interview manages to gloss over the fact that the rapper used an app that describes itself as “the world's leading social app exclusively for gay, bi, and curious men,” and, instead, focuses on the fact that he goes to strip clubs, leaving much for the reader to interpret.

Of course, there are uses for hookup apps that don’t include actually hooking up. And who knows, maybe he was using the service to try to meet new friends. Or, maybe, it’s all just a joke for him—he was, after all, laughing when he said it. The most confusing aspect though isn't necessarily the fact that he has used the app, but that his music has included its fair share of homophobic slurs. But maybe that was just Slim Shady talking all along.