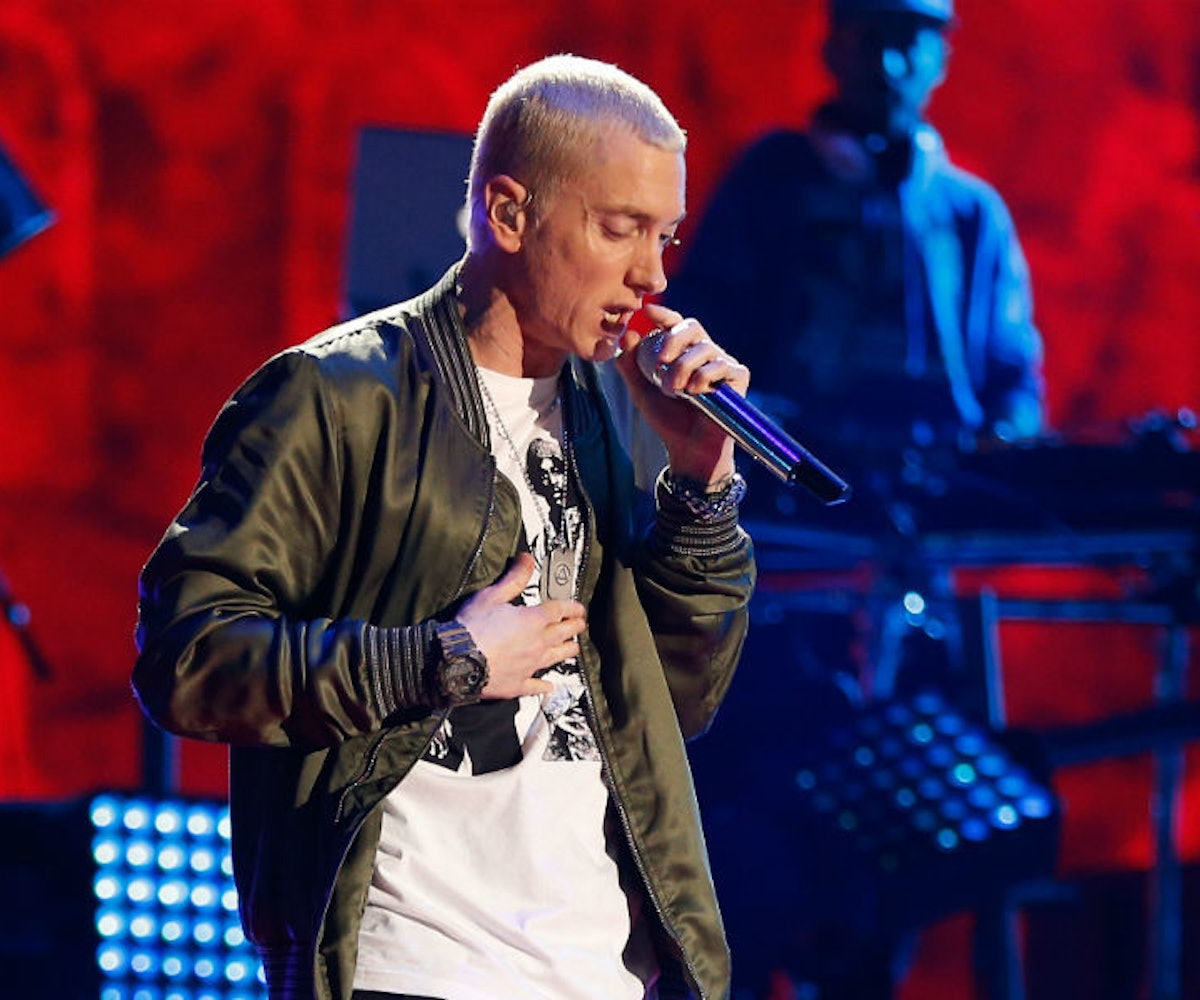 The year of messing up, being called out, and doubling back on those mess-ups continues. The latest: Eminem admits he went “too far” by using a homophobic slur on his song “Fall.”

The song came out a couple of weeks ago and was criticized shortly after its release. On it, he disses Tyler the Creator, rapping: “Tyler create nothin’, I see why you called yourself a f***t, bitch/ It’s not just ‘cause you lack attention/ It’s ‘cause you worship D’12’s balls, you’re sack-religious.” Now, in a recent interview with Sway, he admits his word choice was wrong.

Eminem says he was angry when he said the line about Tyler. Specifically, he grew frustrated about the comments Tyler made about his music. His “breaking point” was when he criticized his song “Walk on Water” with Beyoncé. “I was like, really? What the fuck,” Eminem said. “You guys were just on tour with us, we hung out, we kicked it, made jokes.”

Despite how mad Tyler’s actions made him, he goes on to express regret. “I think the word that I called him on that song was one of the things where I felt like this might be too far,” Eminem says. “Because in my quest to hurt him, I realize that I was hurting a lot of other people by saying it… It was one of the things that I kept going back to and going ‘I don’t feel right with this.’”

Watch the interview below. Eminem starts talking about Tyler at the nine-minute mark.