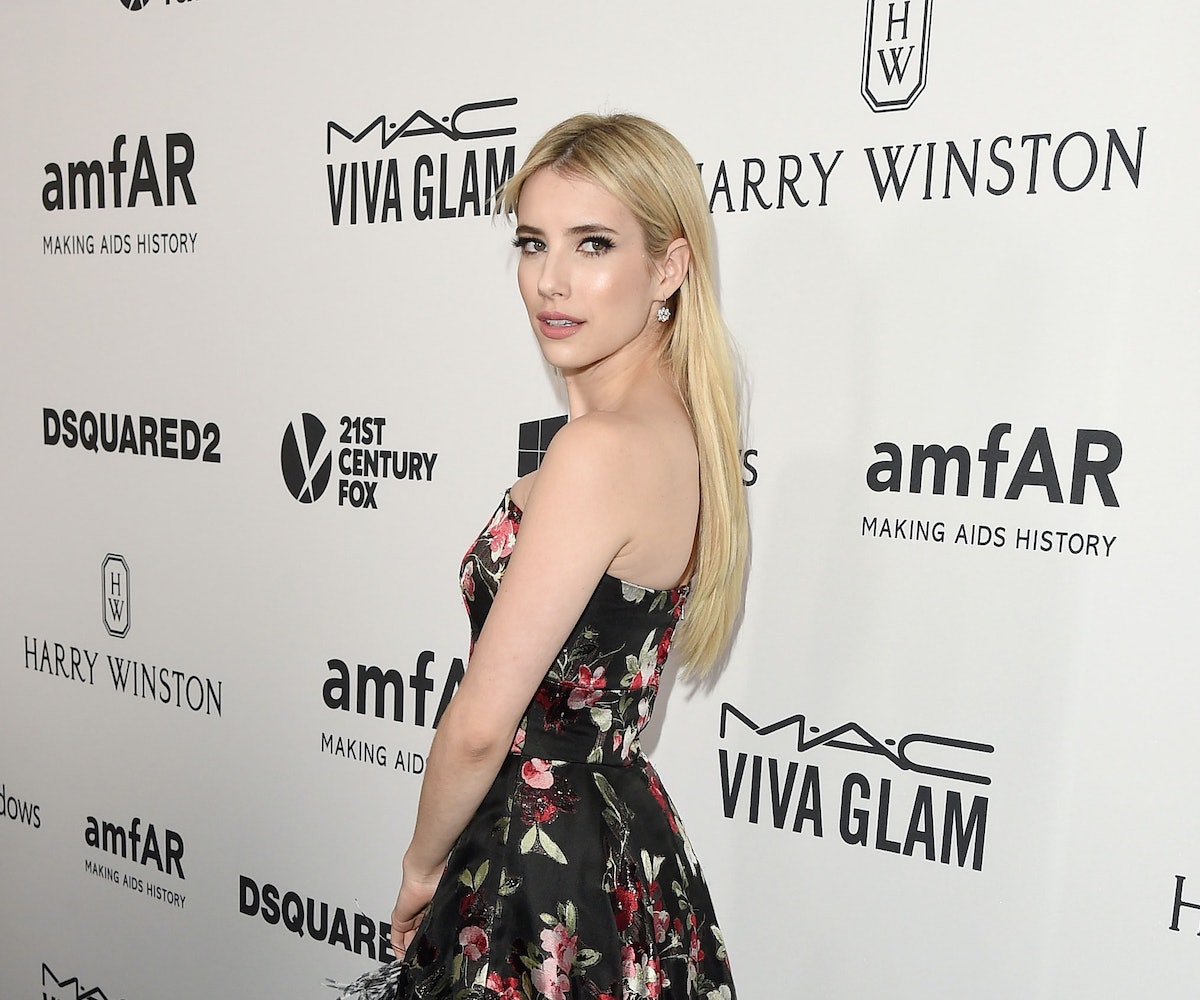 Emma Roberts and Evan Peters have had one of the most intense and controversial relationships that we've followed in young Hollywood. On her cover for the January 2016 issue of Allure, Roberts refrained from going into much detail for obvious reasons—after an arrest in Montreal for a domestic violence incident in 2013 (which they called a "misunderstanding" and all charges were dropped), the couple went ahead and got engaged in 2014. In addition, they became co-stars when Roberts joined the cast of American Horror Story, and everything seemed fine until this summer.

In June, the pair announced that they were calling off their engagement, but still occasionally hung out together. That said, it seemed fair to ask if she and Peters remained in each others lives, but Roberts disagreed. "I don't want to talk about that," she answered. As outlined by Bustle, Roberts and Peters started dating in late 2011 and became an official item in mid-2012, so there's a lot of history between them. When news of the breakup circulated, sources claimed that it was "amicable" and there was "no drama whatsoever."

Instead of dwelling on the rocky relationship's demise, Roberts revealed that she replaced her engagement ring with three gold rings as a reminder to "always love yourself, and always know what you're worth." We still feel a little torn about the whole situation, but we agree that nothing heals a broken heart like some new bling.

NEXT UP
Entertainment
Evan Peters Stars As Serial Killer Jeffrey Dahmer In New Trailer
Entertainment
On ‘Cool It Down,’ A Spitfire Band Matures
Entertainment
YDE On Her EP, Lady Gaga & Making New Short Film 'Send Help’
Entertainment
Paramore Announces Album 'This Is Why' For February 2023