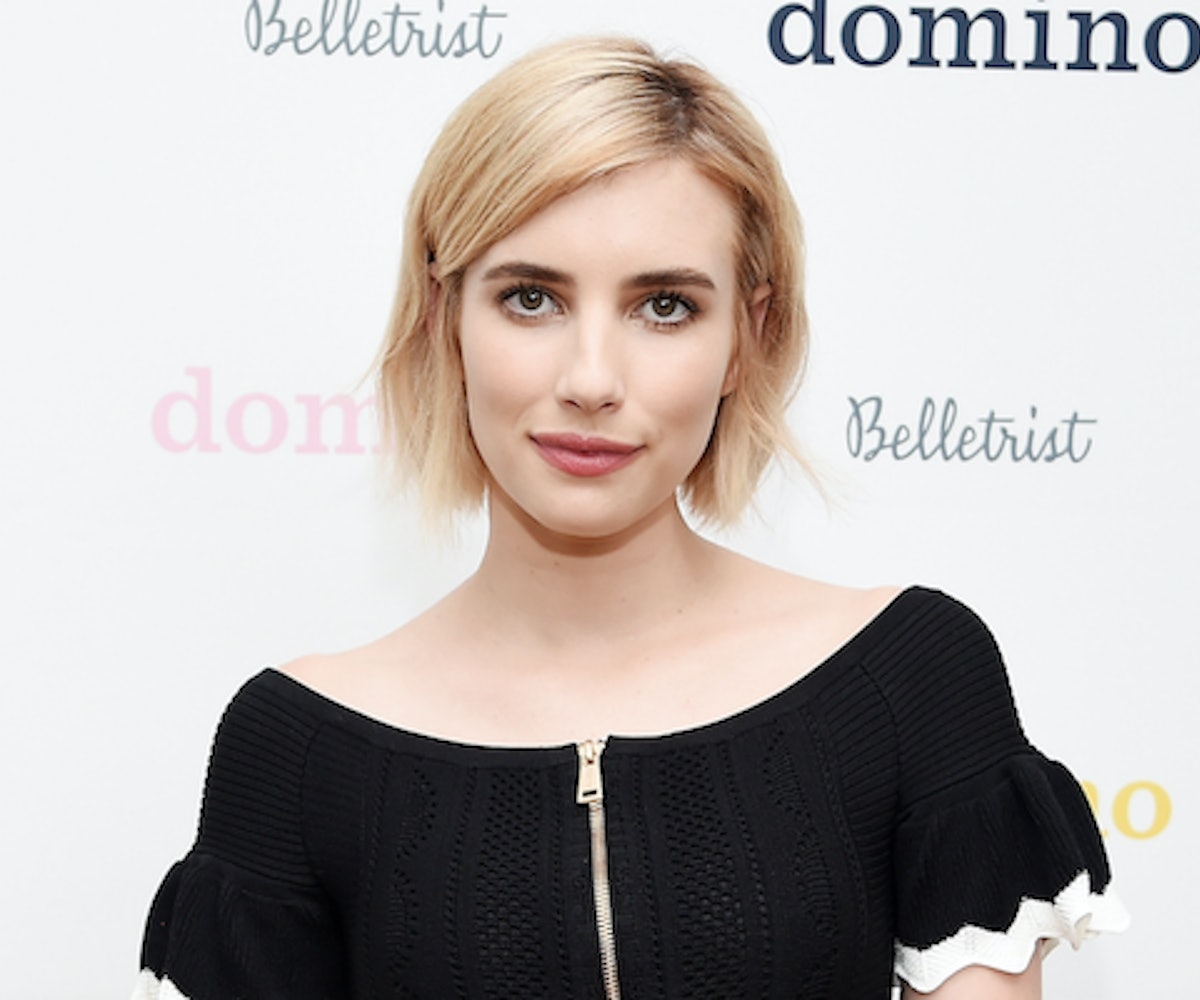 It's no secret that many of us look to celebrities for beauty inspiration, especially as they debut new looks. But, it seems that many won't be showing Emma Roberts' blunt new 'do to their hairdressers anytime soon.

The actress posted a photo of her bold new micro-bangs while attending the Critics' Choice Awards with Evan Peters, who was nominated for best actor for his role in American Horror Story: Cult. Previously, Roberts' hair was a versatile bob haircut.

"He got nominated. I got bangs. #criticschoiceawards," the actress captioned in an Instagram photo unveiling her hair. But many took to Twitter to express that the real "American Horror Story" was Roberts' hair. Ouch.

Some shed a tear over the new look.

Another expressed that Roberts' hair was the aftermath of a horrible meltdown.

While others mentioned that the cut is what many fear will happen to them if they decide to take the leap and get bangs.

While the internet may not dig Roberts' new look, we all can agree that changing things up can be scary AF, and we commend her for taking the leap. Roberts' clearly digs it, and that's all that matters in our book.

NEXT UP
Life
Away’s Second Designer Collection Will Have You Traveling In Style
Life
TikTok Toasts To Latinx Heritage Month & More Party Photos You Missed
Life
How To Dress For Your Birth Chart, According To An Astrologer
Fashion
Chloe Cherry Revived Steve Madden’s Iconic ‘Big Head’ Ad Campaign