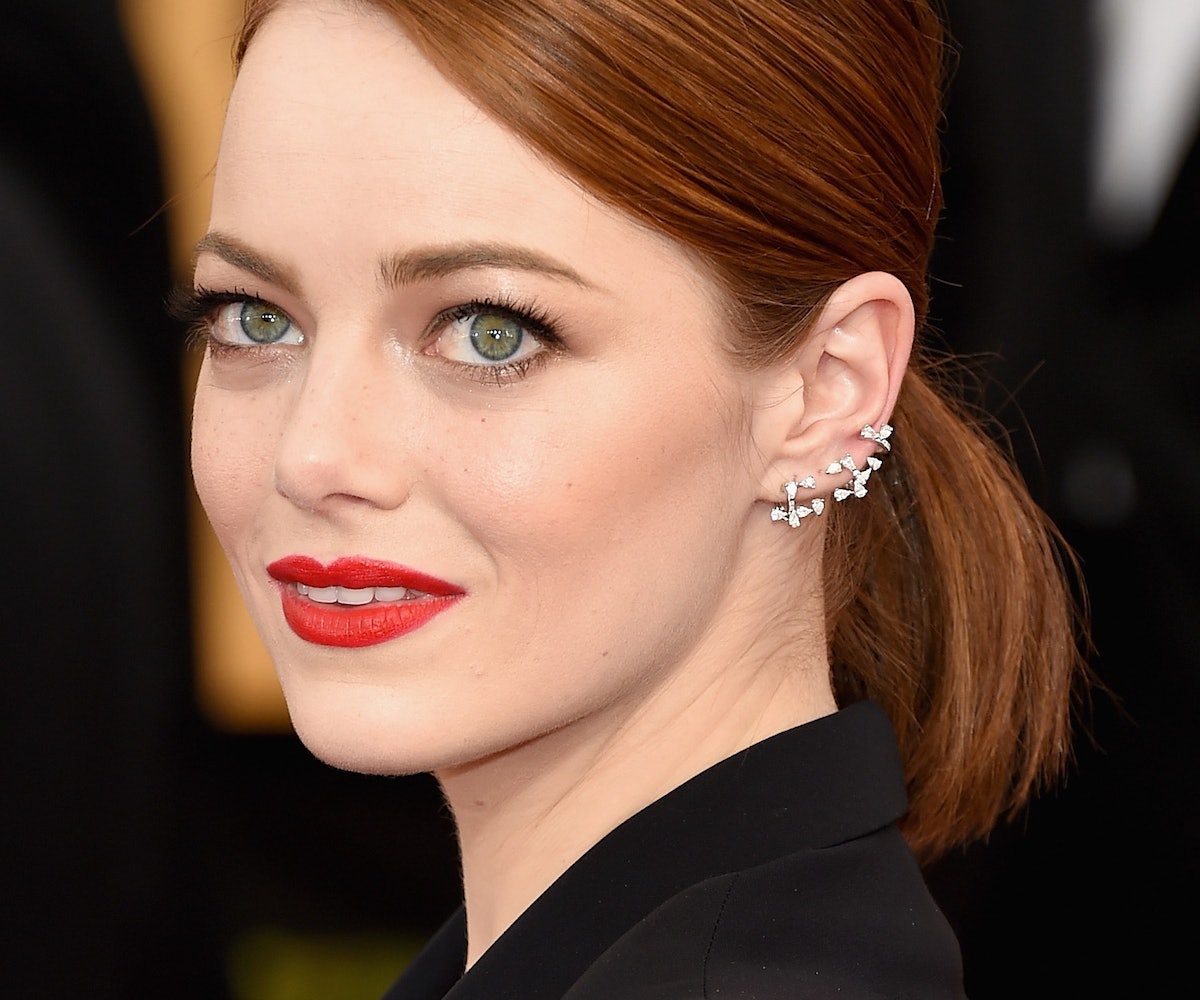 You may recall that back in August the concept of fake freckles as the Next Big Beauty Trend hit the internet. Beauty editors scrambled to write "get the look" posts that were accessible even though no one actually thought it would really ever become a thing, and freckle pencils popped up in various trendy places online. The whole thing was over before it really began—or so we thought: But then, Emma Stone, she of trend-setting beauty looks, rolled up to the SAG awards red carpet with fake freckles very clearly speckled over her foundation.

Of course, while these are super-visible in the high-res, close-up photos of her face available on the internet, it's likely that they weren't all that noticeable in person. That being said, like seeing faces in peoples' knees, now that we've noticed it, it can't be unseen. So, the question: Does Emma's foray into faux freckling mean that this might actually become a thing?

Honestly, we have a feeling that the naturally freckled actress wasn't really doing this to get in on a beauty trend. Our best guess is that girlfriend was breaking out a little bit and needed a full face of foundation to feel red-carpet ready, rather than the transculent, barely there coverage we're used to seeing her in. And, since she does have natural freckles, her makeup artist probably made the executive decision to put 'em back in for a natural-ish vibe. Was it succesful? Meh. But, obviously, a light dusting of drawn-in dots doesn't take away from how stunning Emma looks here: Can we talk about that red lipstick? Need it. Now.

So, what do you all think? Are you going to give the faux-freckle trend another chance, or should it stay in 2014? (The Gloss)

NEXT UP
Beauty
Storm Reid Tries Out A Y2K Girl Band-Favorite Hair Trend
Beauty
The Best Beauty Looks From The 2023 Grammy Awards
Beauty
This Hailey Bieber-Approved Blush Now Comes In 4 New Shades
Beauty
Charli D’Amelio and Landon Barker Wore His & Hers Goth Manis To The Grammys
Style + Culture, delivered straight to your inbox.